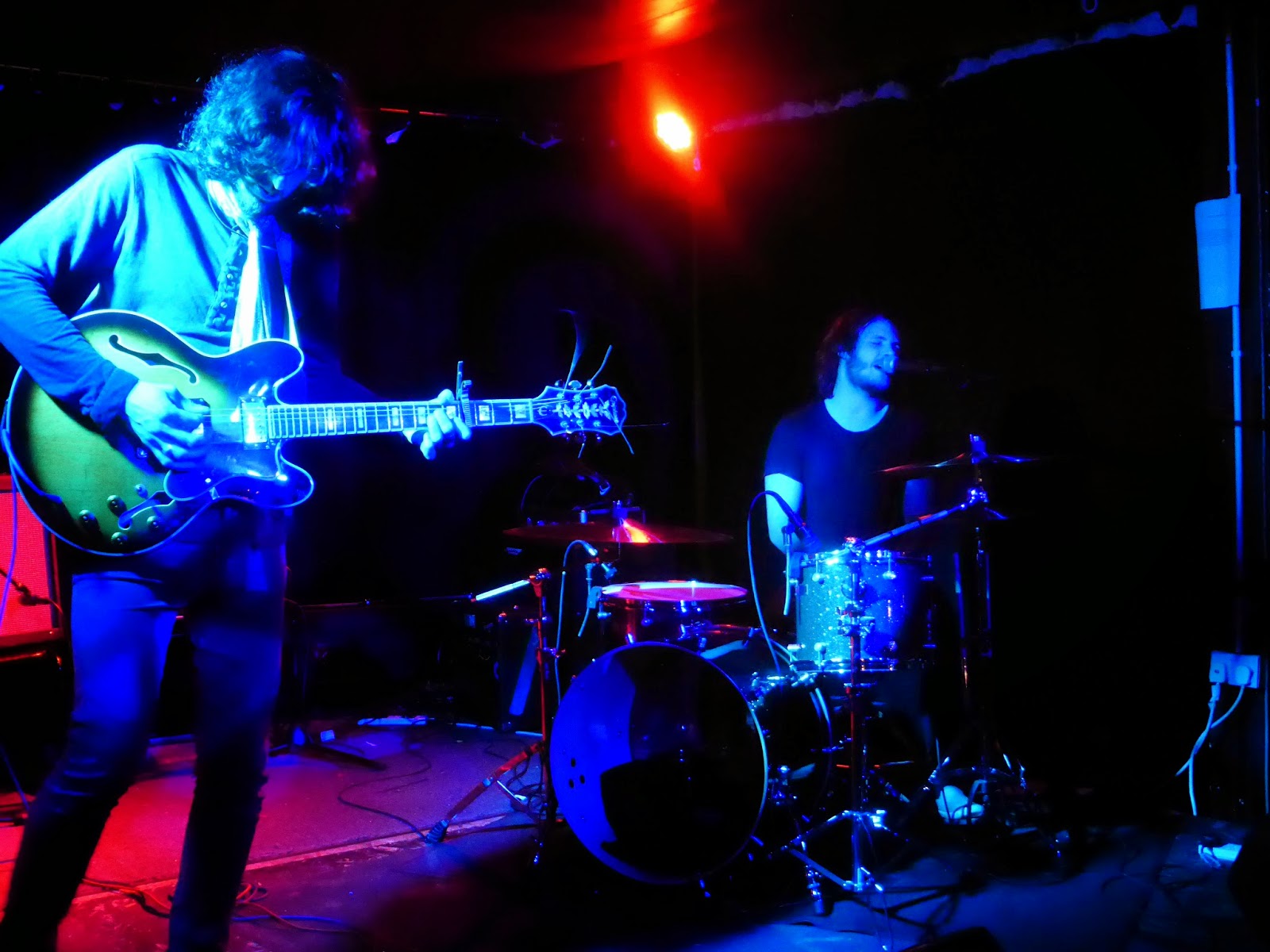 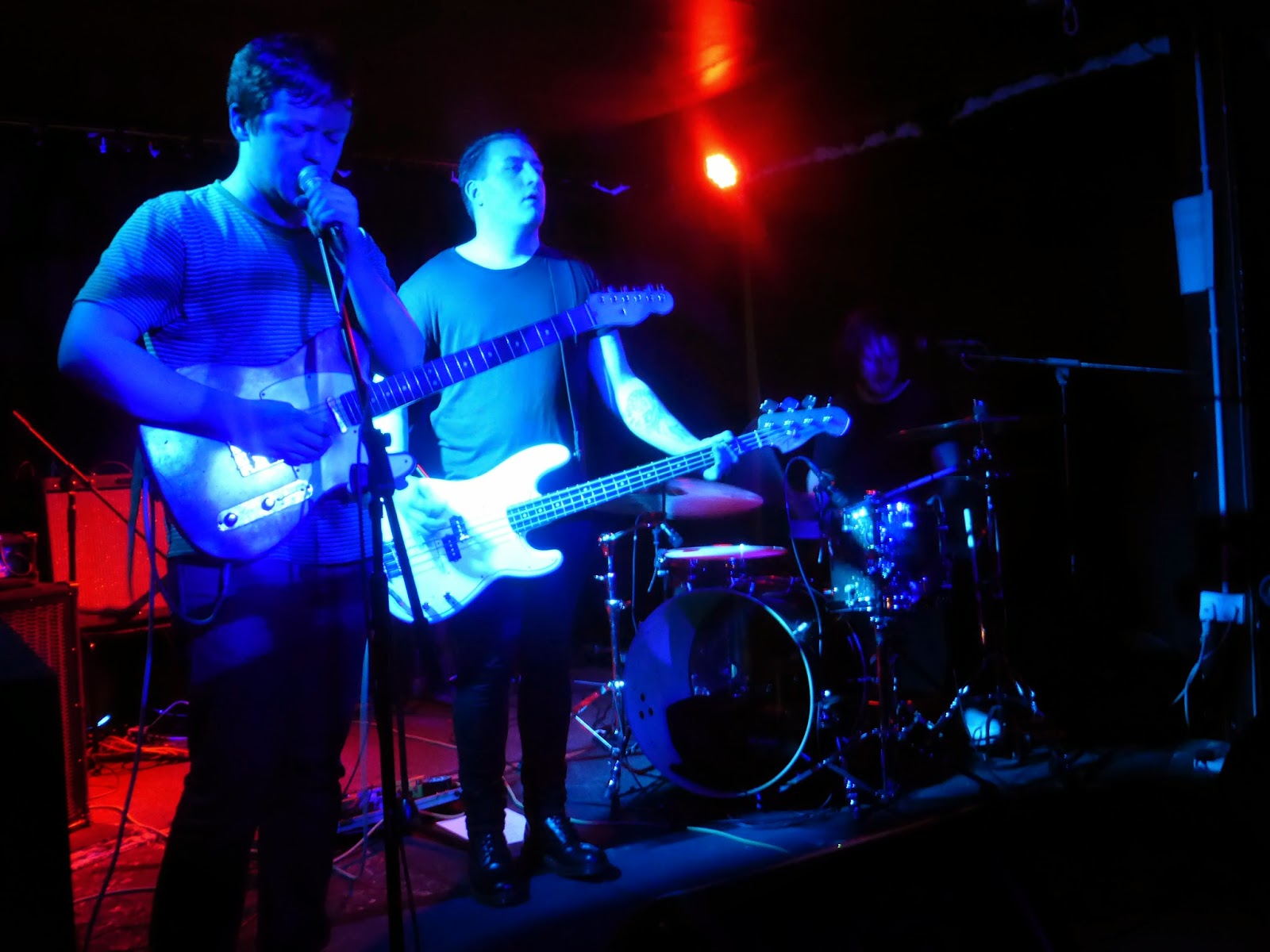 Tonight's show is the launch gig for Ruby Tuesday's debut EP The Devil's Roulette, available for the first time at the show. In addition to taking the brave move of making the gig free, they've enlisted the much-talked about Ist Ist for only their second ever gig.

It's no secret we're big fans of Ist Ist and it feels strange that this is only their second gig. Firstly, they show no signs of that initial nervousness that so many bands get at early shows. They're supremely confident performers, and so they should be with a set of songs this good, and there's a genuine intuitive relationship between them on stage. Their ability to merge easily identifiable influences on their sound within their songs, but at the same time creating something that sounds of this time is something special. Their songs represent the anger of the time we're living in, there's a pent-up energy that bursts out of each one as they move from verse to chorus when the drums kick in hard and the guitars are cranked up through the amps. 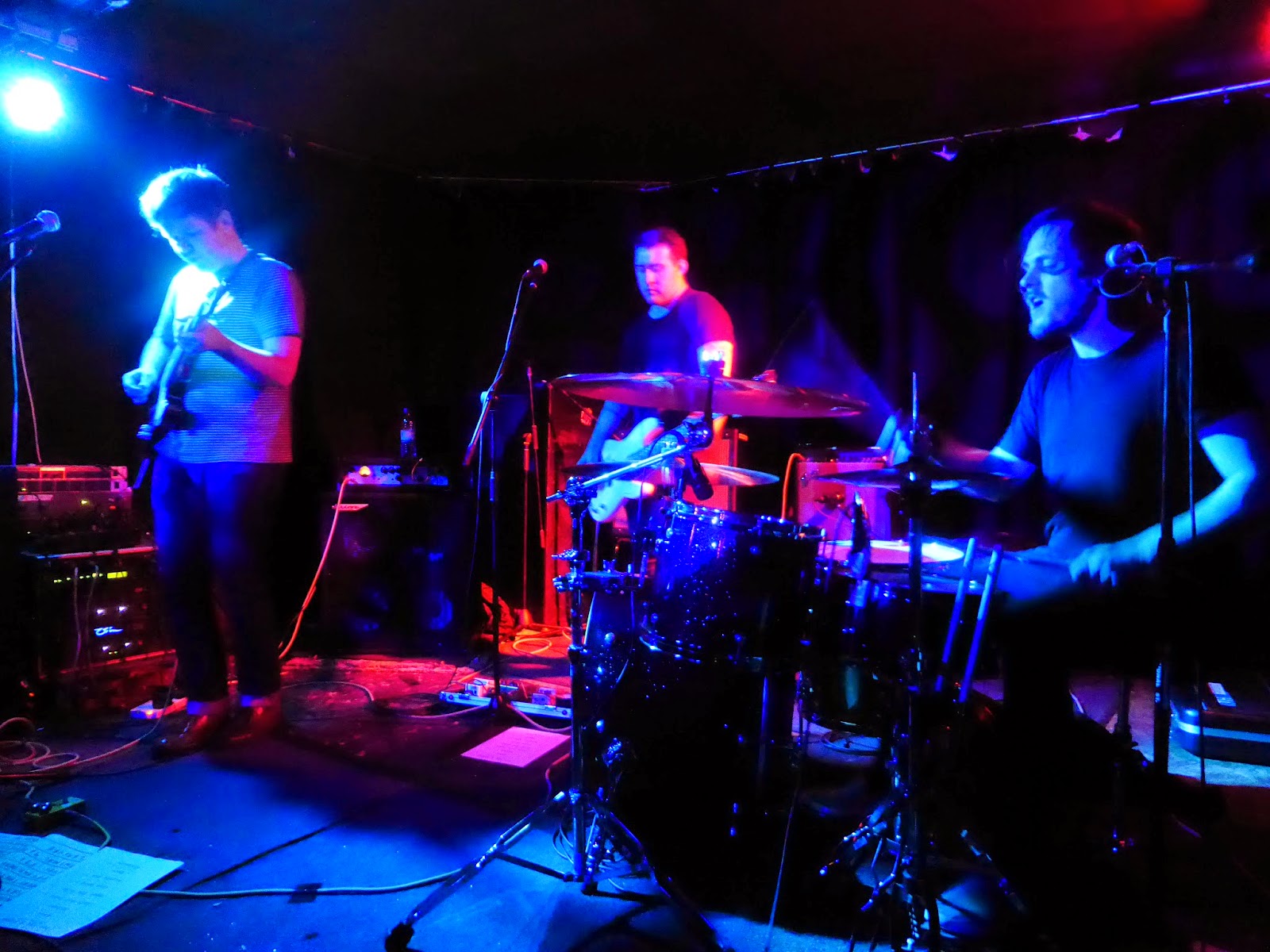 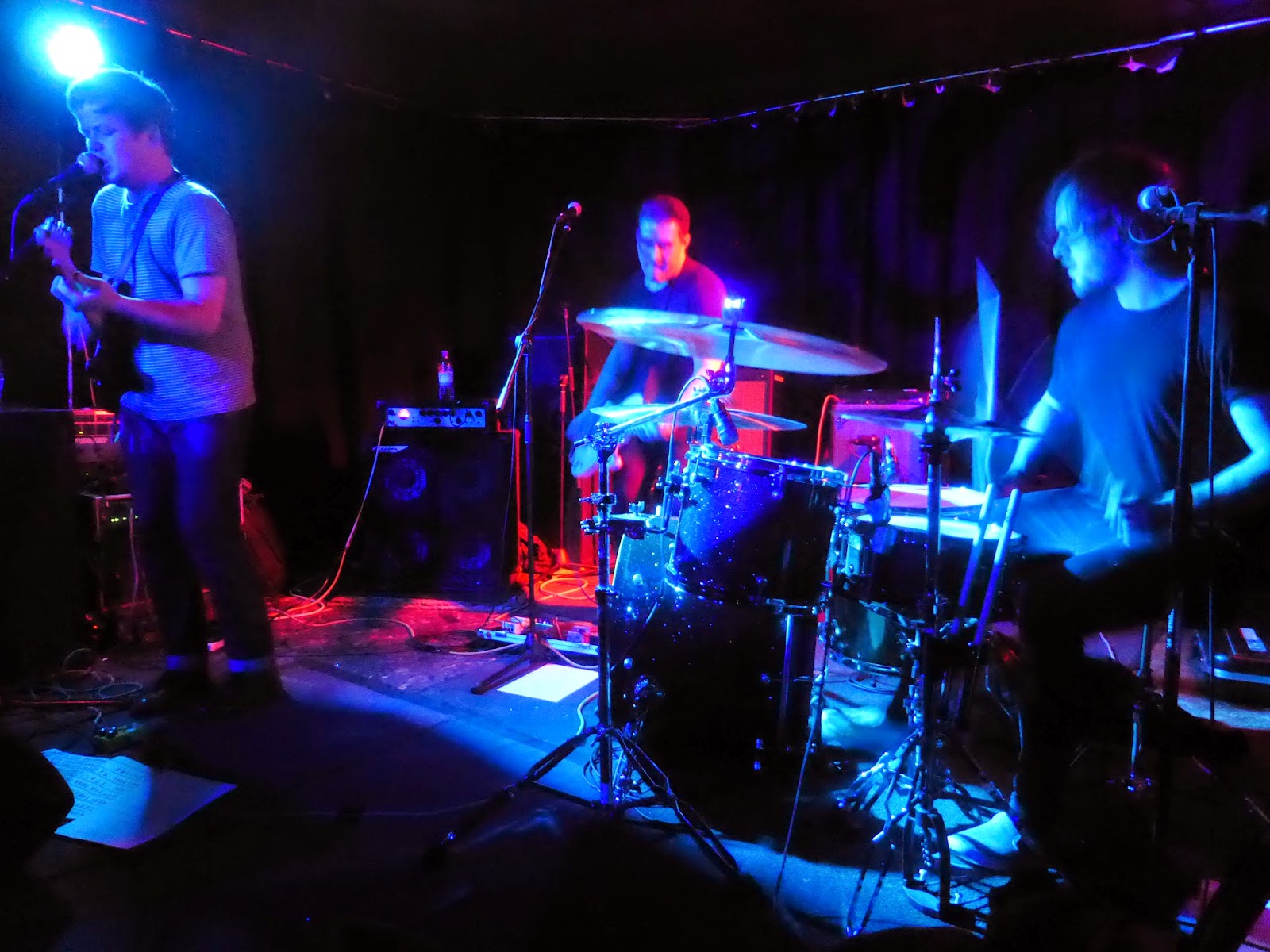 There's no messing around either. The eight-song set weighs in just over twenty-five minutes. They're loud, on the verge of distorting loud, particularly when all three join together on vocals as well as on their respective instruments. Yet through the onslaught on your ears it's evident that there's so much more about them than pure noise. The likes of Rats, Left For Dead and Love Song bear all the hallmarks of three minute punk, post-punk classics that will stick in the memory whilst Eyes and, in particular, set closer Pleasure show a more experimental side to their sound.

Two gigs in and Ist Ist feel like one of the most accomplished bands on the live circuit in Manchester. Go and see them now before word gets out.

Ruby Tuesday have been around for a few years now, building up a reputation as a fearsome live band with just the two of them - Jimmy on guitar creating all kinds of wonderful riffs and twists and turns in their sound and Joel on drums and vocals, managing to sing despite being one of the most energetic drummers around. Tonight is about the release of their debut EP, which is being launched tonight (and which we'll review later in the week) so it's a celebration as well as their first gig for a while. 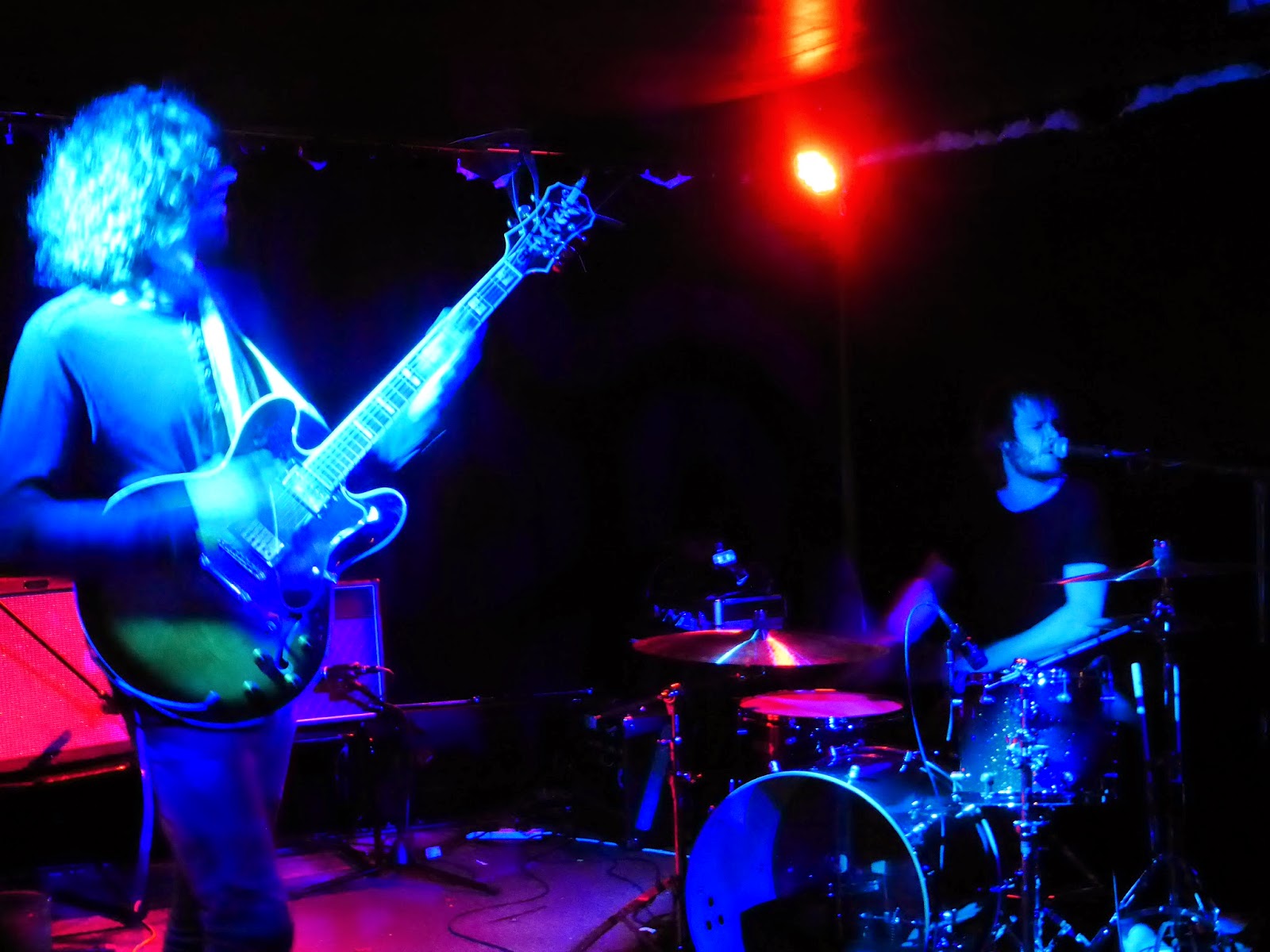 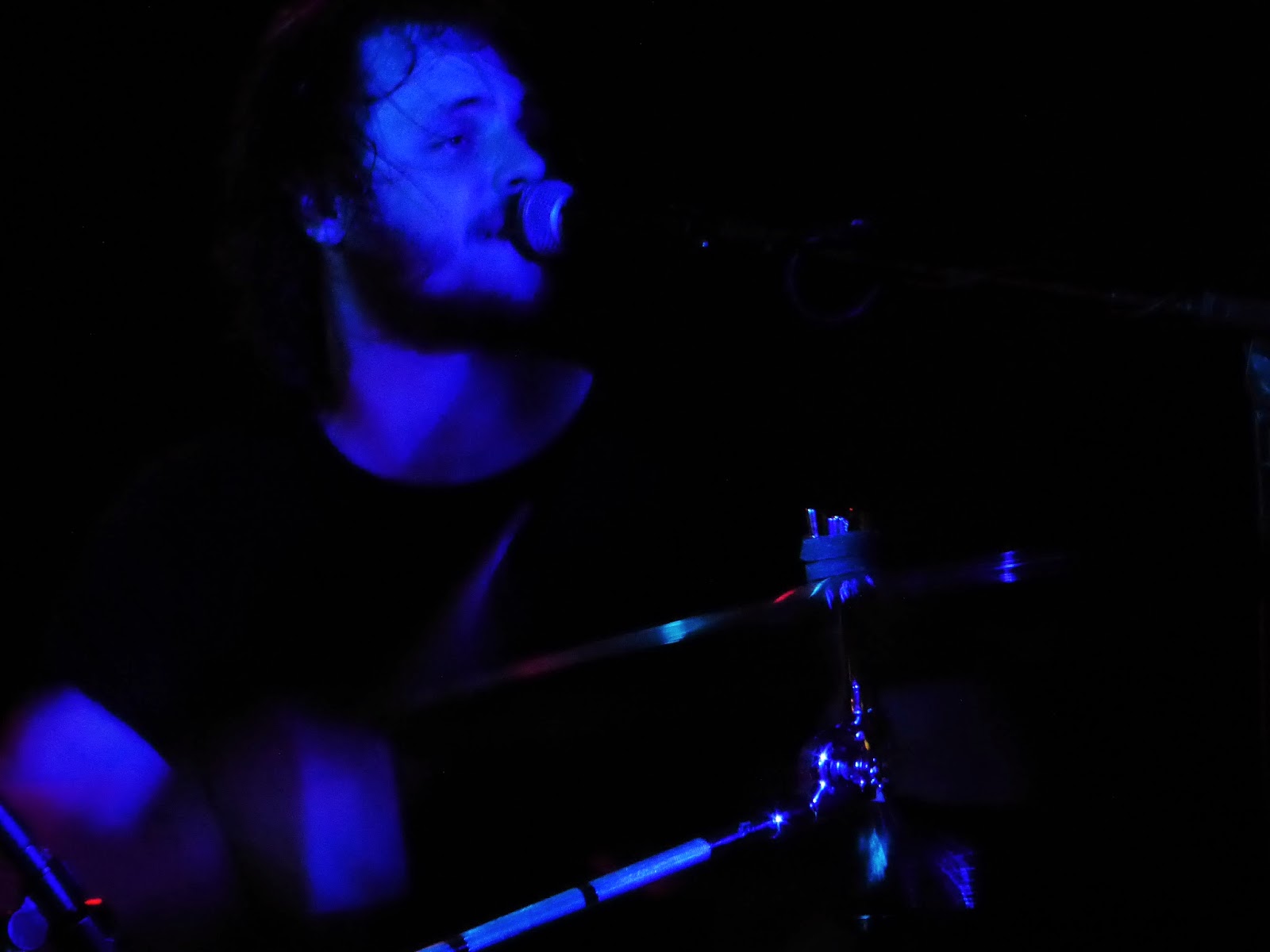 They open up with Stargazing from the EP and what's immediately astonishing is the depth and variety of sound that Ruby Tuesday create with (numerically) limited resources. The second track Love Hate Revolution is a sprawling beast, full of twists and turns, up and downs, stops and starts, managing the mean trick of them sounding like they're showing off, but without any hint of being forced or contrived. It's a theme that runs through the rest of the set as well - they create something thrilling, exciting and original.

Sell Me Out is the lead track from the EP and sums up everything that's so great about Ruby Tuesday. There's enough different riffs in the song for anyone else's album whilst Joel's drums control and dictate the pace of the song, giving Jimmy the space to work. Joel's vocals aren't impacted by the rigour of his drumming. Next single Let People Go starts a little more considered, restrained, a sign that they're more than capable of varying the pace and mood, but it just accentuates the thrash impact of the chorus. Fear Of Fight isn't on the EP, which is a sign that their catalogue of songs is deeper than just this release. They close the set with Weapon At The Door from the EP, leaving the audience wanting more after a set of just over half an hour.

Any band with this set up is going to get inevitable comparisons to Royal Blood, but Ruby Tuesday are streets ahead of them in terms of their ambition, their vision and ultimately their sound. They squeeze so much out of their natural limitations that being a two-piece puts on them to deliver something that is genuinely thrilling to listen to and watch.

There's some fabulous photos of the gig by Trust A Fox here too.