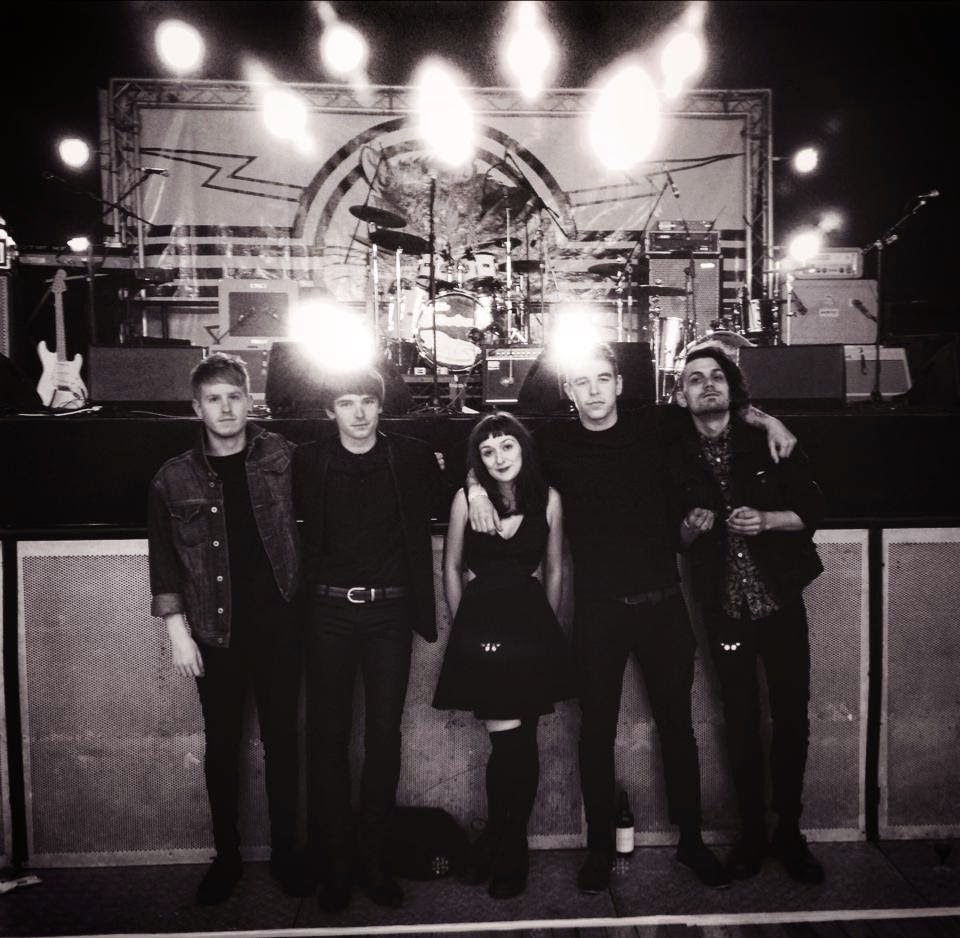 Liverpool-based five-piece Scarlet have been building up a formidable reputation around their home city based on their live shows and two demos they've revealed on Soundcloud. May 4th sees the release of their debut EP Fishes and the lead track from it, Anytime, is our tip on today's Shell Zenner Show on Amazing Radio. We spoke to lead singer Jessie to find out a bit more about them.

First of all, can you introduce the members of Scarlet and tell us a little bit of how you got together?

Scarlet are a 5 piece alternative indie band, were from St Helens, Southport, Manchester, The Wirral and Birmingham. I play lead guitar and sing. Ryan Lee and Adam Cunliffe play guitars, Gianluca Rizzuto plays Bass and Conor Williams is the drummer.

I met Conor and Adam at Uni, we all went to Chester University. I met Ryan on Twitter weirdly, and Gianluca just turned up and never left. I formed the band in February 2014 after writing and recording a load of bedroom demos and having too much time on my hands, I thought I should do something with them.

My mum was going to call me Scarlet originally so I just used that name for the band.

Anyway is the first track from your debut EP, out on May 4.  Can you tell us a little about what the song's about?

Anyway is about thinking you need something or someone, feeling unsure of your own potential. It's about the moment the penny drops, that actually, you kick ass all by yourself without any help from anybody. You can be whatever you want to be and achieve anything you want all by yourself. You're strong as your own person and you don't need to answer to anybody - other people just drag you down. You're at your strongest when you believe in yourself.

What will the other tracks on the EP be?

The tracklisting is Anyway, Daisy Chains, Dead, Hold me Under, and Racing. They're all pretty much about dark beginnings, and things turning out ok in the end.

What are your plans around the EP release and afterwards?

The release of our new EP is coming up on the 4th of May. Were having a launch party on the 30th April.

In 2015 I just want to carry on gigging and writing new songs, and carry on improving. Hopefully we will get the chance to play some awesome festivals, we have a few exciting things which we cant tell you about just yet, but I can say that a second EP is definitely on its way.

And, if you had to describe your sound to someone who'd never heard you, where would you start?

Everyone compares us to old bands like Blondie, Joy Division, Siouxie And The Banshees and Penetration, but I have no idea where that comes from. Then we get compared to The Sundays - remember them? An old 90s band. We have songs that are upbeat that you can dance to and we also have songs that create a wall of shoe gaze sounds that are supposed to hit you in the brain and make you feel ace. I'd say we're smudgy indie pop gaze… haha made up a genre there.

The EP is available for pre-order on their Bandcamp page.

Their debut EP is released on May 4th.  They play the following shows - Manchester Night And Day (March 21), London Slaughtered Lamb (April 5), Sheffield The Rocking Chair (23) and a launch night at Liverpool's Leaf (30).