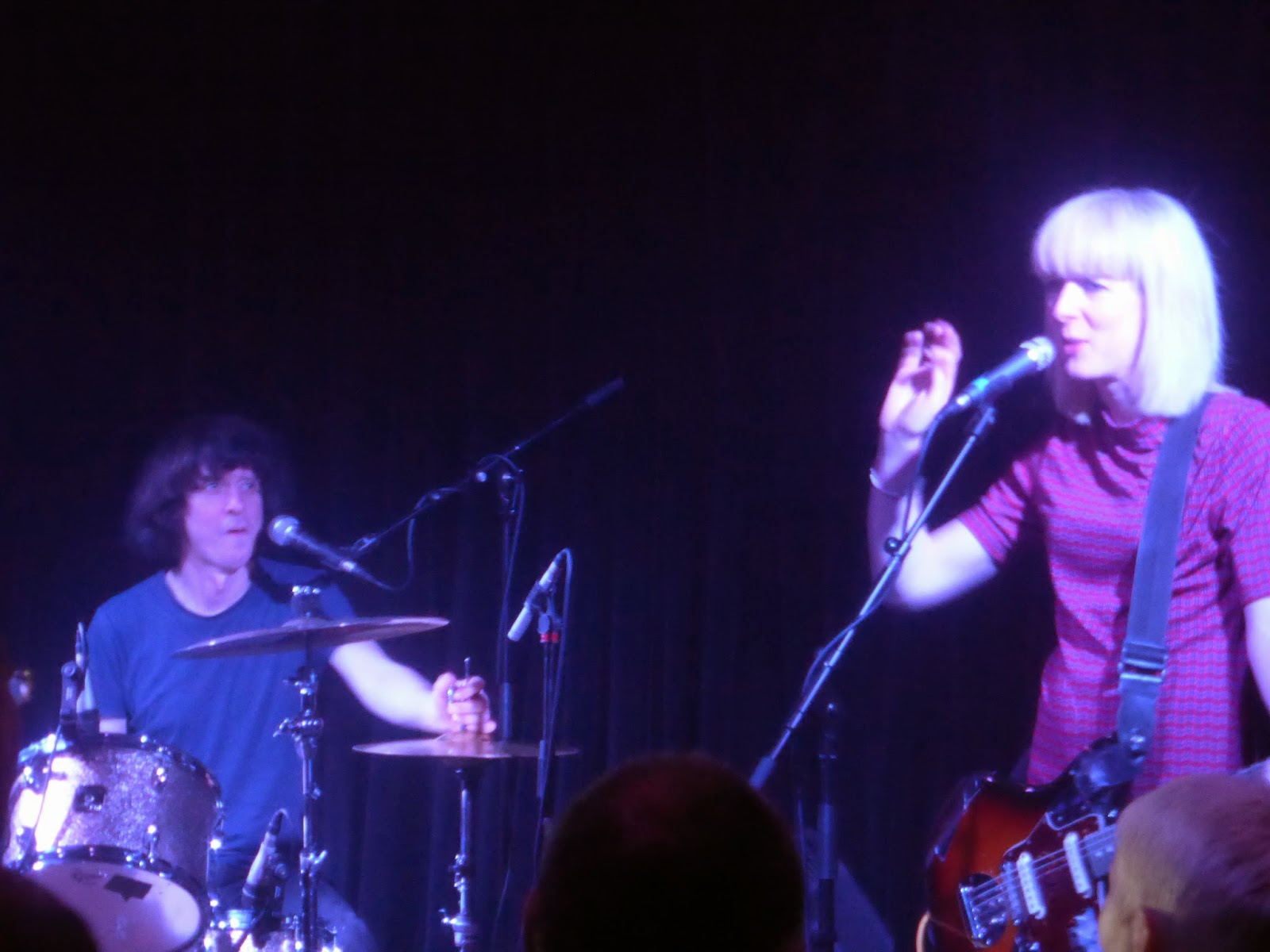 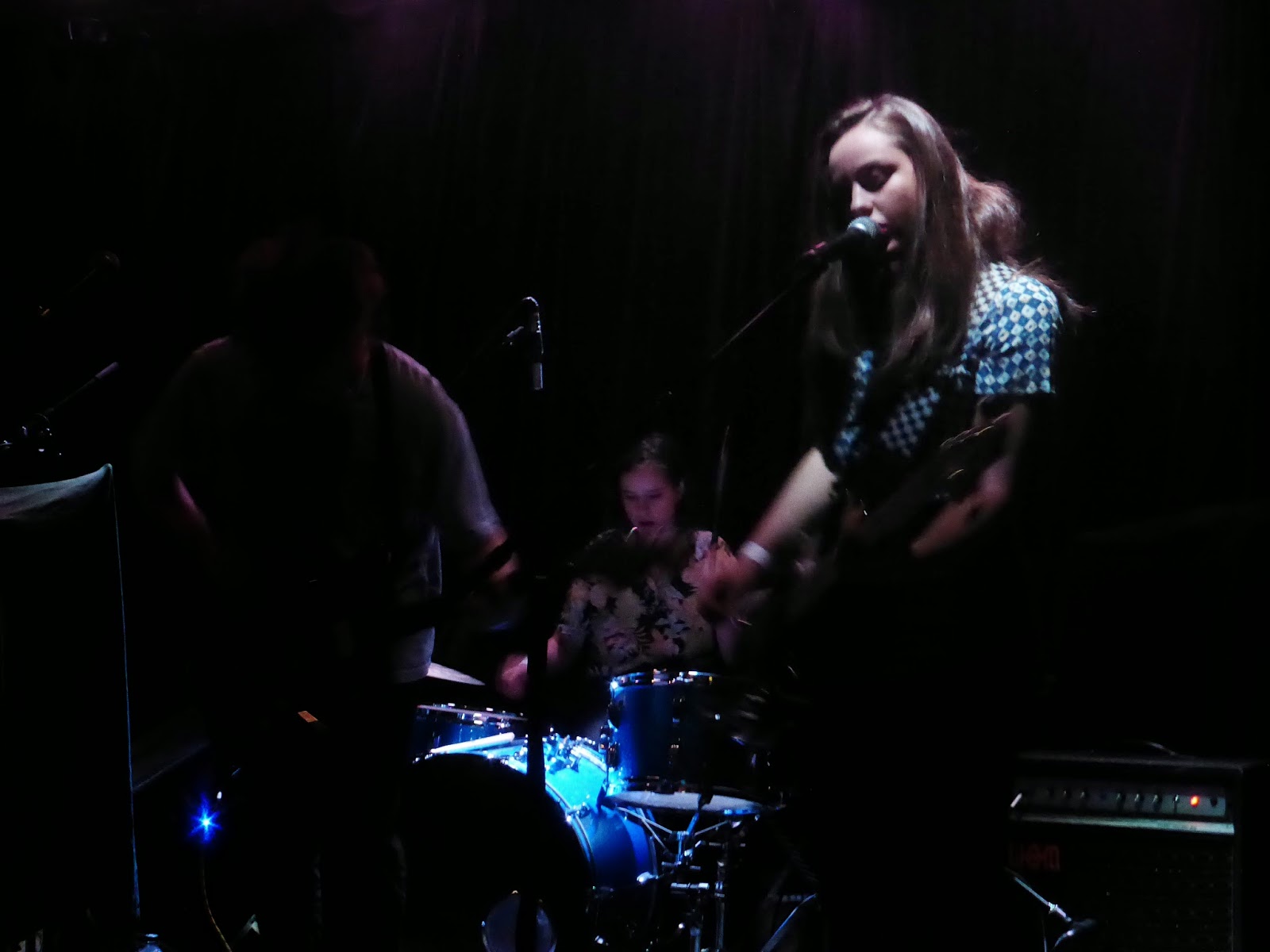 The Lovely Eggs are a unique band with a unique philosophy. Insane lyrics sung or shouted in a Lancastrian accent, guitar and drums only, no fake encores and plenty of swearing. We caught the second date of their tour prior to the release of their new album This Is Our Nowhere at Hebden Bridge Trades Club. Support came from The Orielles.

The Orielles are a band beyond their tender years. Still too young to buy drinks in this venue, they display a love of music stretching back into their parents' record collections, but imbued with their own modern take on it. A simple set up of drums, bass and guitar, free from gimmickry - they're already accomplished musicians, particularly the drummer Sid, and this comes through in the range of ideas in their songs, from the spiky punky Bitchcraft which sees Esme and Henry share vocals, the sparkle of current single Space Doubt and there's elements that reach from slacker surf to the extended almost prog final track which sees Henry rolling around on the floor (revealing his very eighties white socks) then out in the audience as they once again confound us with the scope of their ambition. 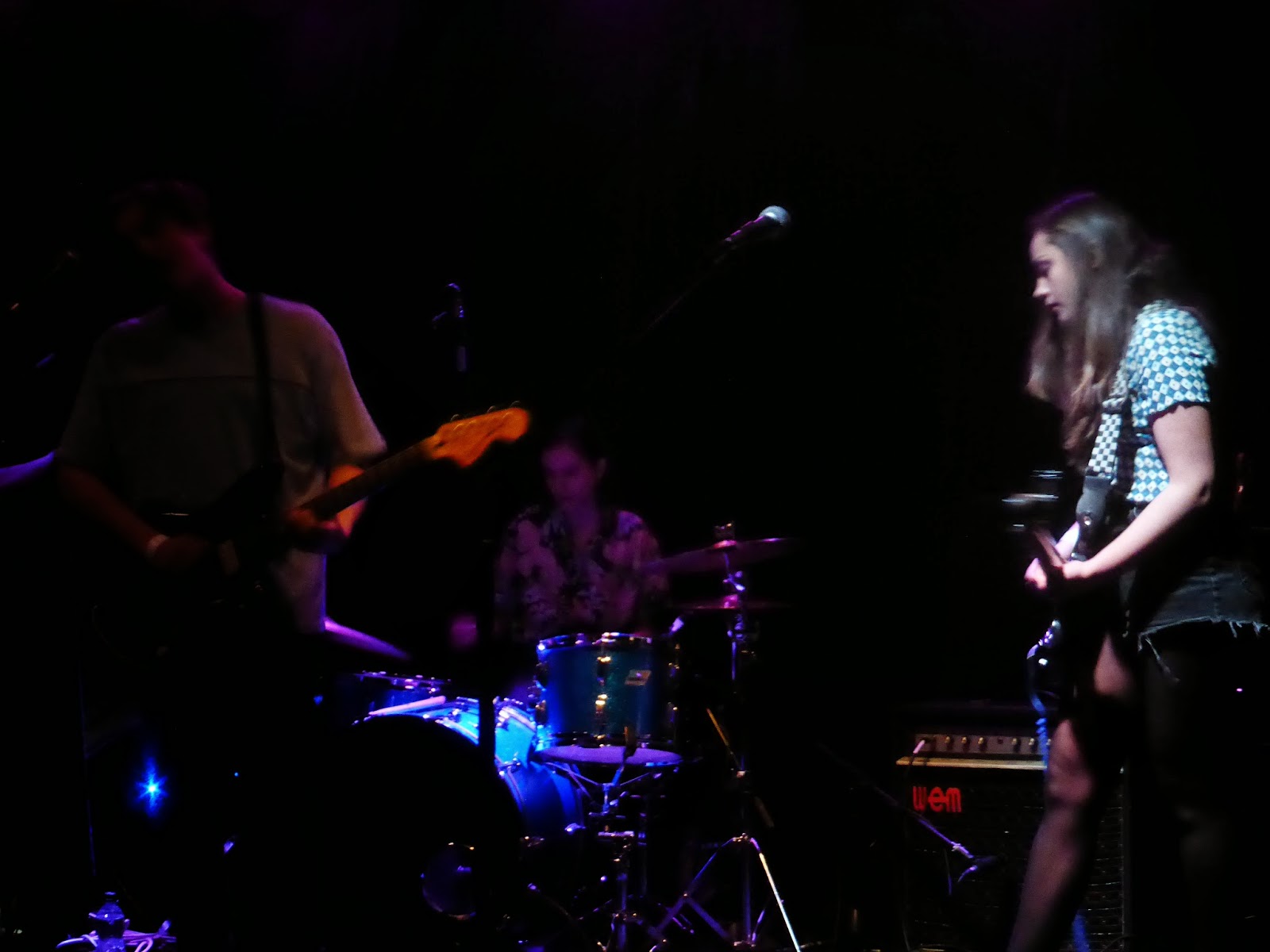 They're not the finished article yet, and we still feel they need to turn Esme's vocals up in the mix when they play live, but you have a feeling they could become anything they wanted to.

It's night two of The Lovely Eggs tour and already Holly's voice is, as she so eloquently put it, "fucked" to the point where she sings that she sounds like Phyllis Pearce (a character off Coronation Street with a gravelly voice for those who don't know). They like swearing, because their response to this is to ask us "how many of you give a shit?", make us pretend we're judges on The Voice and play their fabulously titled almost theme song Fuck It.

The set contains four tracks from their forthcoming This Is Our Nowhere album. They open with two tracks Ordinary People Unite and Do It To Me and it's immediately clear that it's business as usual for them. We don't want The Lovely Eggs to be experimental, we want them to hit us square between the eyes with noise and their fabulously bizarre lyrics and to avail us with strange tales such as the one about the 1990s Lancaster house party scene as an introduction to Goofin' Around (In Lancashire) and they don't let us down. The single Magic Onion is proof perfect that The Lovely Eggs can write fabulous songs driven by Holly's guitar riffs wrapping themselves around David's furious drumming. 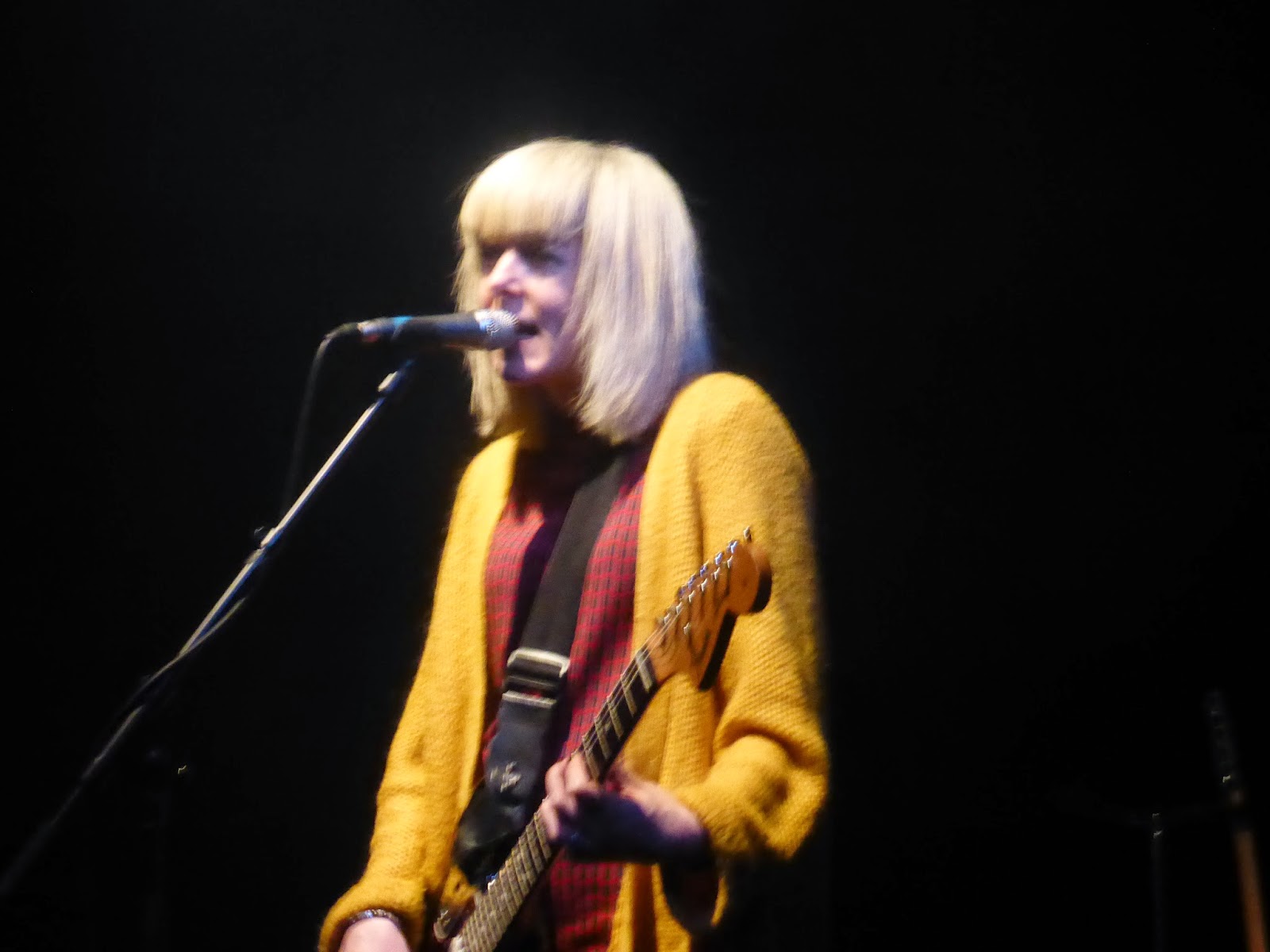 There's also the classic songs that the crowd know and love and tonight love is an appropriate word as there's so much of it in the room, even stopping to wish a fan happy birthday and blow out the candles on the cake and inviting another up to sing the magnificently titled Have You Ever Heard A Digital Accordian that should descend into farce, but makes the night because The Lovely Eggs are real people and they're at one with their crowd. There's no rock star pretense, no affected cool as they take forever to finish Don't Look At Me (I Don't Like It) as they keep stopping it to discuss lyrics and next lines with the audience before declaring No Fake Encores and leaving us to drink more wine.

There's no other band like The Lovely Eggs. God bless them.

The single isn't out until April 27 (although it's for sale at the shows) and the album comes out in May with vinyl copies being made available earlier on Record Store Day on April 18th, but they're playing some more dates ahead of that, where they should be previewing tracks from the new album.

Email ThisBlogThis!Share to TwitterShare to FacebookShare to Pinterest
Labels: The Lovely Eggs, The Orielles