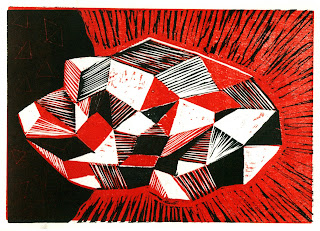 Day Two of the sixth edition of A Carefully Planned Festival and as ever the line up threw up a number of clashes as well as times where we were forced onto a voyage of discovery. We saw The Gildings, Corinthians, Hannah Nicholson, Katherine Priddy, Jo Rose, Freschard, Laura James, Freakout Honey and Soccer96 across our favourite Northern Quarter venues.

Our Sunday of A Carefully Planned opens up in the intimate setting of Gullivers' Lounge room for The Gildings. The Gildings today are Edmund sat at a piano and he's in a contrary mood and seemingly completely unprepared. A friend leaves a bottle of milk on the stage for him and he tells us the in joke behind it then tells us he's going to play his best songs first so we can leave as we choose afterwards. There's little chance of that as from the potential shambles comes some of the most beautiful music you're likely to hear. We don't like comparisons as a general rule but think of John Grant at his most intense and that's how opening track Sapphire, from last year's The Twisting Vine album, feels. That intensity continues throughout a six-song set of mainly new material, just keys and his rich baritone voice that both imposes but also imparts the emotion of the stories. His humour between songs is dry but he's not afraid to laugh at himself either, joking that he's going to play miserable songs that'll put us in the same dark pit as him. A perfect opener to the day. 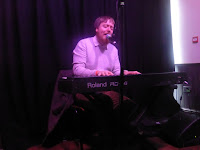 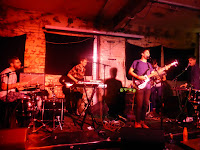 We head off to Soup Kitchen for Corinthians, a band we knew nothing about in advance, but the Brighton based five piece are an impressive unit despite their keyboard player being a last minute stand in. We didn't notice. The likes of Blades, Ball And Chain and Carried Away are the product of a band that's not afraid to try and sound big and they generally hit the mark with every song whether it be the big expansive sound they aim for or more intimate and intricate moments in the set. Their final song hints at something much more ambitious though and it's a great success as they let the chains loose and go for it. We're impressed, but it's rare even with so many bands on the bill that the organisers let us down.

It's back to Gullivers for one of our most anticipated performances of the weekend. Hannah Nicholson was formerly of one of our favourite bands Bird To Beast, but she's now branching out on her own and the lounge is a perfect setting for these beautifully open and intense songs that she either plays on her own with just keys to accompany her stunning voice. It's a voice that wouldn't feel out of place at the opera such is the richness and depth she puts into songs like Final Bow, Breath, Oliver and Crazy and it's wonderful that it's now going to take centre stage. She's joined on guitar and drums for some of songs, but it's the voice that's the star, as she reveals some of the tracks she's recorded for release on an EP, hopefully in the new year. 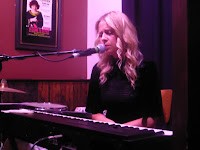 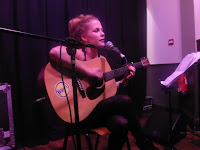 Next up is Katherine Priddy, who's come all the way from Brighton (with her Dad - and kudos to him he's still going strong at Soccer 96 in the early hours). She starts with a song about Heathcliff from Wuthering Heights (as she tells us just graduated in English). Her songs are delicate and fragile in the most part and the Gullivers audience give them the respect they deserve. She plays two songs inspired by Greek mythology and the rest of her set is equally articulate particularly Indigo and an as-yet-untitled track. Her voice is the sort that stops people dead in their tracks, it has a soft slightly accented lilt with a haunting quality to it that has both warmth and depth to it which adds even more gravitas to what she's singing. The beauty of A Carefully Planned is the unexpected discoveries and this year has been no exception.

We stay in the lounge at Gullivers for Jo Rose who is struggling with a cold but soldiers on gamely to a packed room that has people left outside because of the numbers. At the end of the set he effuses how this was one of the nicest gigs he's ever played because of the crowd's attentiveness and the vibe that follows you around at A Carefully Planned. He starts by special request with a bold cover of Pink Floyd's Wish You Were Here before focusing on tracks from his debut album Spurs. Terrible Liar, King Of Your Blue Eyes, Balcony Doors, The Maiden Name and "I've saved the most depressing for last" Mary's Garden serve as a reminder that Jo is one of the most cherished and underrated songwriters in town. 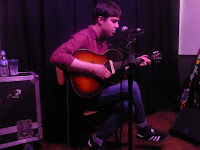 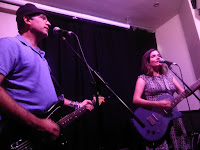 Next up in the lounge is Freschard, a Berlin based wandering minstrel who sings in English but with an unmistakeable French accent. Accompanied by a guitarist their ten song set warms the hearts of the assembled crowd and is delivered with an infectious grin and joy of performance. The highlight is the final five minute Tweet Tweet which manages the mean feat of the audience singing along spontaneously to a song they've never heard before, but the likes of Cheese And Biscuits and Me And The Boys have an unsettling Gallic charm to them that it's difficult not to fall for.

Laura James recently impressed us with a solo set at Bridgewater Hall and today she's accompanied by a cellist and keyboard player who flesh out her sparse intimate revelatory songs without overpowering them. Blessed with a voice whose intonation accentuates the words and a guitar playing style that's detailed in its delivery, she makes the listener feel that they shared the experience with her on the likes of Kites, Rooftops and The Farthest Part. She also takes on Elliott Smith's Twilight, one of the most beautiful songs ever written, and makes it her own. 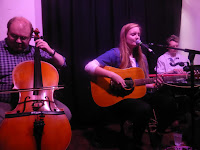 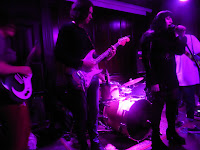 We then go for a complete change of tack and head across the road to The Castle for the six-piece Freakout Honey's astonishing assault on the senses. Laying down a marker with an instrumental opener where structure seems to be an aside to creating a sonic wallpaper that needs a room much bigger than this intimate music room, their nine song set never steps back from the brink of glorious collapse, no more so than new single Moody June and Witch Surf mid-set, but never once falls off the precipice. Ryan and Camille on guitars are the most animated whilst Sofia sings most of the set amongst us. For their penultimate song, the only point they step off the accelerator pedal, they bid us to sit down before leaving us scrambling to our feet for their finale. 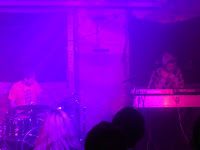 The festival is rounded off in style in the smoky, sweaty basement of Soup Kitchen where Soccer96 drag every last ounce out of floundering worse-for-wear bodies with a set of electronic (Danalogue, who also provides vocals) and live drum (Betamax) tunes that feel just perfect for the last hurrah of the sixth instalment of A Carefully Planned. Their set is loosely based around their new album As Above So Below that came out a couple of weeks ago, but with the songs twisted and turned, as they do with Feels Right, for the live set to mix performance with electronic trickery. That trickery is almost derailed by failing technology, but Danalogue laughs it off and improvises. The proof of their success is in the wild dancing around the room and their encore, because no one is letting them leave the stage, lasts about a quarter of an hour and even that isn't enough for the revellers who party on into the smaller hours.

Once again, Matthew and his team have pulled out all the stops to deliver a festival that really is the jewel in Manchester's crown. Forget all the money-backed hyped newcomers that (to be fair to them) serve their purpose but focus on known signed and soon-to-be-signed artists, A Carefully Planned is the outsider's festival where bands that wouldn't get a look in on those bills because they don't have the relationships and contacts to get near them get their opportunity to connect with people who wouldn't necessarily find them. It also means that the people who attend generally are there with an open mind to discover rather than a day out with their mates and the chances of the Evening News turning down a gin bar opening or a click bait opportunity elsewhere are slim.

Goodness knows how they find the time to discover and pull together a festival with over 100 acts across two days across seven venues with none of that supporting infrastructure and risk averseness that others have, but let's hope that they never stop doing it.