EXCLUSIVE : New York Tourists - Only For The Summer 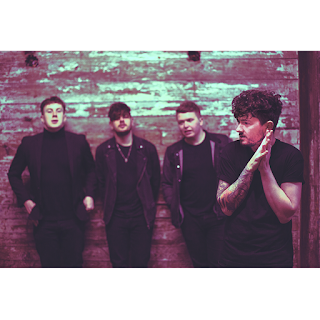 New York Tourists have been making a name for themselves around Manchester with a series of incendiary high energy live shows and Only For The Summer is set to capitalise on that growing reputation, enhanced by a ferocious set at Kendal Calling that had crowds flocking to the Woodlands Stage. The single is out on Friday, but we have an exclusive stream on Even The Stars.

The Blackburn four piece comprise of Gary Taylor on vocals and guitar, Carl Rutherford on guitar, Joe Mooney on drums and Adrian McKenzie on bass. Only For The Summer follows on the back of their debut album You And Me that was released in April of this year and already shows that the band have moved on and upwards with a bold, ambitious sound that's unashamed of its ambitions to fill big halls and stadiums whilst still maintaining the individuality in their sound.

The band play a series of dates to support the single release at Preston The Ferret (October 14), Sheffield Frog And Parrot (28), Leicester The Cookie (29), Brighton Bleach (November 2), London The Black Heart (3) and Manchester Live Rooms (19).

Only For The Summer is out on Friday via Scruff Of The Neck Records. The New York Tourists debut album You and Me is available to purchase now via iTunes.