EXCLUSIVE : Track Of The Day : Control Of The Going - She 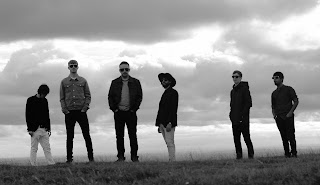 We're delighted to be able to do the online reveal of Control Of The Going's new single She. A live favourite that often completes their set, it represents a massive progression for them from the minute the chiming guitars upon which Liam's vocals float kick in. Already having had an exclusive first airing from KEXP in Seattle, one of the world's best loved and influential alternative radio stations, She is the sound of Control Of The Going bursting out of the Manchester psyche scene where they've almost become the house band with aims much wider and further afield.

With guitars sitting right on the brink of distorting, the song sucks you in with a repetitive insistent guitar hook that grabs you right at the start and doesn't let go, wrapping itself around the listener, almost but not quite suffocating in its intensity like all great music of this genre should. Liam's vocals haven't sounded this confident to date, that immediately recognisible intonation on his voice more powerful and purposeful than on their earlier recordings.

She will be released as a seven-inch vinyl backed with Wild Flower early in 2017.

Control Of The Going play Carlisle Source this Friday (28), Astral Elevator at Glasgow Nice And Sleazy on Saturday (29) and Manchester Castle Hotel (November 26).