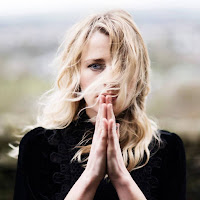 One of our favourite singers, Hannah Nicholson, has recently started a project under her own name entitled Hana after spells with Hannah and Lois and Bird To Beast. We had a chat with her before her performance at Heaven On Earth at Halle St Peters in Manchester on Saturday to find out more about her forthcoming EP, her touring plans and the style of her music.

You're releasing your debut solo EP soon.  Could you tell us a little about the tracks that make it up?

I have recorded four tracks at Eve Studios with the producer wizard Jim Spencer. The first track I'm putting out is Oliver, it's an uplifting song about lovers essentially, but I don't think my songs are really about one thing in particular. I tend to draw influence from various sources to put in the pot!

I've always admired emotive story tellers like Judee Sill Joni Mitchel and Jackson Brown, so my lyric writing is drawn from their style. There's a lot of choral arrangements in the tracks too, and some synth flourishes. I listen to composers such as Debussy, Messiaen and Bach too, so some of the harmonic elements are drawn from a love of classical music.

There's also some stunning artwork to accompany it.  How did the idea for that come about?

I have a wonderfully talented friend who is an illustrator called Lauren Reiss who designed the art work after many conversations and lots of listening to the tracks. I wanted her to have a free reign with it, as she knows me and my style really well. 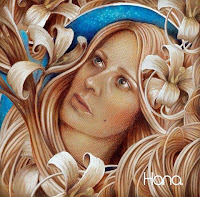 And what are your plans to support the release?

Well,  going to do what I can. I'm an independent artist, so at this early stage I just want to make music my way and hopefully people will like it. We shall see....

What's your live set up going to be?

I'm performing at the piano/synth with a guitarist and a drummer who sets off choral samples from the tracks. I wanted to try to represent the choral aspect of the recordings live,  so I thought the most cost effective way would be to trigger samples of my choral arrangements.

Does it feel different playing live shows under your name when you've played as part of bands in the past?

Yes it feels different, but I perform with my band mates who support the sound and have become good friends. It's nice not to be completely solo!

You're playing Heaven On Earth in Manchester this Saturday.  What other live plans do you have?

I have a few headline shows in the pipeline that are yet to be announced. But I'll be performing a few shows over the summer months into the autumn.

If you had to describe your music to someone who'd never heard of it, where would you start?

It's always tricky describing your own music but I'll give it a go... Its influenced by Judee Sill and Rufus Wainwright,  classical and choral aspects  but with emotional honesty of folk songwriters.