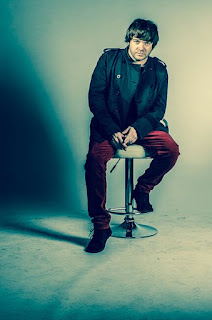 Ahead of their Manchester Band On The Wall gig on Saturday night, we caught up with Richard McNevin Duff for a chat about them reforming, the reaction they've received and their plans for a new album.

You've now been back playing shows for a few years. How do the shows and response compare to how it was first time round?

When we started out in the 90's we were kind of riding the crest of a wave. The Manchester scene of the Roses/Mondays had just ended and that was kind of my punk, I was 17 and loved every minute of it. Then 94/95 Oasis exploded and Space Monkeys signed to Factory and we were in the middle of it all playing gigs at the Hacienda, The Boardwalk, we were the first band to play Castlefield Bowl and then we had a hit in America and toured most of the world. So it was exciting times. The gigs now are like a celebration of those times and a lot of people sparking up old memories but without looking back or being too nostalgic, there's a really great atmosphere at all the gigs, like a family reunion of space cadets from the 90's!

And how have they compared to your expectations?

Music is a strange thing, it's like a sixth or seventh sense. I hear records from years ago and I can sense things from the first time I heard them, like the smell of summer, or a smoky club or a memory of who I was with at the time. So it's great to talk to people who come to the gigs who speak so affectionately about our songs and how they have played a small part in their lives. It's hard to compare that to any other medium I think, it's a very special thing Music. Not sure that answers your question though haha. Sorry!

You're playing Band On The Wall this Saturday. What can we expect from the set - will it be a The Daddy Of Them All set?

It's a venue that is close to our heart, we played some of our first ever gigs there and it's fantastic the way it has evolved and has a great sound system. When we made The Daddy Of Them All album it was just a bunch of songs really that we had at the time and we didn't know where they would take us but because of the affection that people have shown that album over the years, we mainly play most of those tracks. We were very much into house music and hip hop at the time so it's pretty much two chords all the way through the album D and G so it's easy for our addled minds to remember after 20 years of misadventures.

You're also playing Lille and recently on a boat in the North Sea. How did the opportunity to play there come about?

We played an acoustic gig at FC United Of Manchester to help raise funds for the club. It's a great club and I love their ethics and values and everything they stand for. Anyway, a promoter from Lille at the fantastic 2,000 capacity L'Aeronef venue contacted us after seeing us on the FCUM twitter feed and asked us to play. The wonders of technology and football combined.

And are there any other scheduled live shows in the pipeline after these?

We are still recovering from the Shiiine On cruise to Amsterdam where we played a few weeks back with Peter Hook, Clint Boon, EMF & Dodgy. It was a top trip and we love everything about the Shiiine On Festival, we'd love to play that again this year if asked, beyond that we may do one special show to celebrate the 20th anniversary of The Daddy Of Them All which was released on 4th November 1997. If we do then it will be on that exact date. Watch this space monkey.

You released Escape From The 20th Century in 2013, over a decade after its intended release. Is there any more material from this and the Daddy era that could see the light of day?

I have a shed load of DATS and master tapes of unreleased songs. Literally, they are all in my shed and have been for 20 years. We toured America for a year in 1997 and when we came back we built our own studio in the attic of our DJ Tony Pipes' flat in Bury. We used to get our friend, the amazing blues singer Kyla Brox down to sing backing vocals in the broom cupboard which we used as a vocal booth, many happy memories of those days. There's loads of great stuff we have that I'm hoping to release. Loads of out takes of the first album, live stuff, videos and unreleased songs. We need a manager really to sort it all out for us.

When a band has been back together a while, thoughts can often turn to recording new material. Are there any plans?

Definitely. We have a load of songs in different shapes and sizes that are ready to go. We are talking to a few people who want to fund the recording but want to go with the right label/team or we may fund it ourselves through something like Pledge Music. There will be a new Space Monkeys album by the end of 2018 I'm almost certain. And it will be magic. 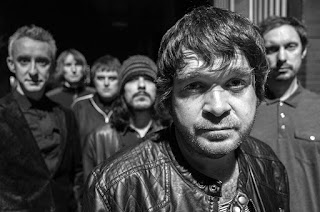 How would you like Space Monkeys to be remembered?

We already have been which is a lovely thing. To disappear completely for 15 years and then have people still want to come to gigs and talk to us about how much they love the songs and band is a very special thing. It's like being able to read your own obituary before you die. When we signed to Factory Records in 1995 it wasn't very cool in London terms, the NME and BBC and all those scene makers down in Camden waving their Union Jacks sneered at Tony and Factory and Manchester in general so it was a really pleasing thing for me to see that Tony Wilson eventually got recognised as a pioneer in the music world before he sadly passed away with the 24 Hour Party People film and everything else. Tony thought the artists and designers he worked with were geniuses and he considered himself the person that just put people together when in truth he had far more talent and was more inspirational than most of the artists he worked with, ourselves included. Long live Tony Wilson and the Factory Records spirit. Viva Manchester.

Tickets for the Band On The Wall gig on Saturday (8 April) are available here.