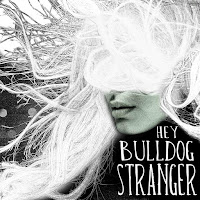 Last week we premiered the new Hey Bulldog single Stranger. Ahead of their show at the Heaven On Earth Festival at Halle St Peters in Manchester and a support slot with The Lucid Dream in May, we caught up with front man Rob Manton for a chat about their single and future plans.

First of all, could you introduce Hey Bulldog and tell us a little about how you got together?

Hey Bulldog started out as me just doing a 6 track EP that I recorded at home on my own, I’d been a guitarist in bands before but this was the first time I’d tried writing and singing completely by myself.
The idea was to put it out online and if it got a good response to get a band together, fortunately it did get a really good response with amazing reviews and plays by Steve Lamacq on 6 music and XFM as it was then.

Then the hard work started really of going through different lineups and learning how to take the song ideas I had and make them work with a band. Me and Matt (bass) met back in the early days of social media and have played on and off together since then, it wasn’t until 3/4 years ago when we met Ben (drums) through an ad that everything clicked for Hey Bulldog to work both live and in the studio.

You've just released a new single Stranger. Where did the idea for the song come about and what's it about?

Stranger is a fantasy really, but it is a dream that does come true!

It’s probably the most melodic song we’ve released, musically the initial inspiration came from The Man Who Sold The World album, that sort of Bowie stuff that has a decent rock riff with a really good melody too.

Do you write as a band or do you take songs to them?

Both, a song like Stranger I had the riff and the chords and took it to the band, whereas a song like Under My Spell came straight out of us jamming together in the practice room.

You've had some fairly significant support from the likes of John Kennedy and Amazing Radio that other bands would kill for. How does it feel to get that recognition as an unsigned self-managed band?

I don't think I’ll ever be able to thank Steve Lamacq and John Kennedy enough for the long term support they have both given us, being played on national radio alongside the biggest artists around on major labels is where you want to be.

For Steve Lamacq to play Divide and Conquer which is 6 and and half minutes long, with no vocals for the first minute on his prime-time BBC 6 Music show is amazing.

With thousands and thousands of bands out there, the recognition from 6 Music, Radio X and getting on the Amazing Radio playlist, is really great for belief in both the quality of our songs and the fact that we are doing something that makes us standout from the crowd.

You're playing Heaven On Earth at Halle St Peters on Saturday and then supporting The Lucid Dream at the Deaf Institute in May, your first gigs for a while. Is that a deliberate decision not to overplay as some bands do or just circumstance?

A bit of both, when you are gigging a lot it can make it hard to work on new material, so we always like to take a break for a couple of months to just focus on jamming together and working through song ideas.

Unless you are a very big band these days everybody needs to work so it always good to have a bit of time off, it gives you chance to reassess yourself and to keep improving and developing as a band.

We’re really looking forward to these gigs both in amazing venues, Heaven on Earth will be really special to play in a Church and to play to a packed out Deaf Institute with The Lucid Dream will be one of the gigs of the year.

What are your plans after those shows? Do you have more new material on the way?

We’ve got a batch of new songs that we’ll be putting into the set over the next few weeks.

In the summer we’ll be playing our first gigs abroad with a tour of Italy so we are really looking forward to that along with some more UK gigs, release wise it’s probably about time we did an album, being self financed and self managed with no outside help does make that tricky.
By the summer we’ll have enough songs, so we’ll have to see...............

How would you describe Hey Bulldog to someone who'd never heard you before?

Probably something like guitar based psychedelic blues rock, If I was drunk I might be a little less modest!

They play two Manchester show at Heaven On Earth festival at Halle St Peters on April 22 (tickets here) and support friends The Lucid Dream at the Deaf Institute on May 13.