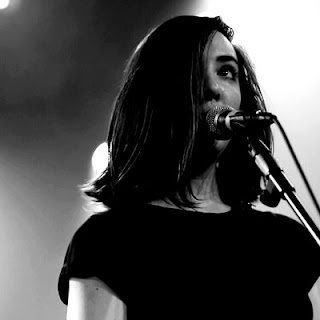 Televised is the lead track from Summer Cannibals' Jessica Boudreaux's debut album No Fury due for release on November 3rd. It represents a departure from her work with her band, with whom she has recorded three albums, but her voice is unmistakable.

Televised is set to a more electronic beat than we're accustomed to from Jessica's work with Summer Cannibals, crossing a line from the rock music of her band and dipping her toe in the world of dance music, but it allows her voice to take centre stage.

The song is a dismissive parting shot to an ex, a powerful and vitriolic detached lyric runs throughout it - "I know this game, you were looking at me, I was looking at you, it was televised." It's set to a video that's simple in its execution, but which adds to the impact of the song.

The album can be pre-ordered on a limited run of 400 copies in exclusive white vinyl from Jessica's Bandcamp page.