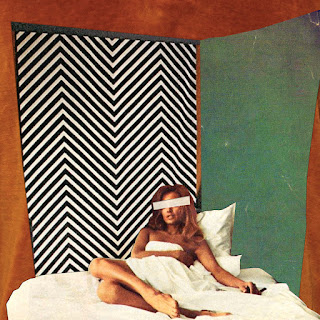 After their run of twelve singles in 2016 which were released as an album Keepsake in early 2017, Heavy Heart have been quiet, but they return with a new single Bed Bug, the first in a trilogy of songs that they plan to release over the coming months.

The song has an uneasy feel to it when you listen to the lyrics, the bed bugs not specifically referenced in the lyrics but used as a metaphor for having an itch that you can't get rid off, in this case a relationship that's past its sell by date, but with one side being unable to let go. The song's final verse declares this "Now the creatures come alive, I feel them itch, I feel them bite, You say it's only in my mind, But you were never on my side." It's set to the hazy sounds we've come to expect from Heavy Heart, unsettling as the lyrics, swirl around you whilst not forgetting that a song needs melody too.