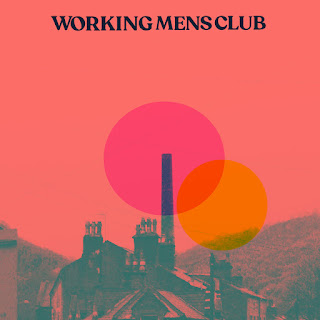 Bad Blood is the debut single from trio Working Men's Club. Even though it's not released until February 15th, the single has spent three weeks on 6 Music's C Playlist, an impressive feat for a first release.

Todmorden-by-way of-Europe trio Syd, Jake and Giulia  are already regulars on the gig scene, having supported at two shows at Hebden Bridge Trades Club during Independent Venue Week and with a number of shows in Manchester lined up over the coming weeks, Working Men's Club both evoke memories of some of the classic post-punk bands of the late 70s and 80s yet sound fresh and vibrant and stand out from the crowd. Giulia has also recently released a single as Julia Bardo.

The 7" single with exclusive b-side (limited to 300 copies) can be ordered here.