TRACK OF THE DAY : The Roques - Fear Me 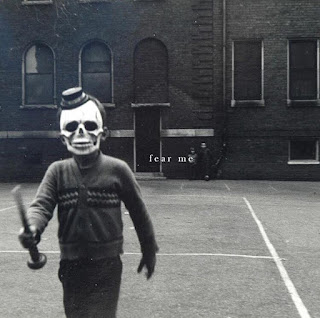 We caught Dundee five-piece The Roques going down a storm in Perth last year and have been keen to hear more from them.  They have just returned with a new single called Fear Me.

Fear Me is a bold and ambitious rocker, building on the success of their debut release Day By Day. Whilst Day By Day had a classic punk edge to it, Fear Me conjures up more of a Stone Roses groove. When we caught them live, we were impressed with their versatility (and how many styles and influences) they crammed into their set. Fear Me has a lot in there too. We can hear shades of Doves, Arctic Monkeys and The Blinders in their epic sound.  Singer Brandyn Mahmood delivers a powerful vocal and Fear Me benefits from some crisp production, showcasing a strong bunch of musicians.

So far in their short career, they have played alongside acclaimed Glasgow punks Rascalton, hotly tipped The Dunts, and Dundee’s Beta Waves and will soon be joining Pleasure Heads, Parliamo and The Riot Vans at Church in Dundee on March 2nd.

Fear Me is available now on all major streaming and download platforms.

Email ThisBlogThis!Share to TwitterShare to FacebookShare to Pinterest
Labels: The Roques