TRACK OF THE DAY : Scuttlers - Lies In The Sky 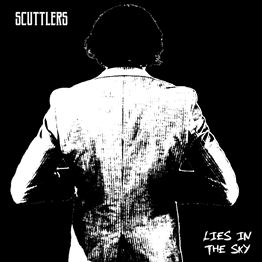 Scuttlers release their debut single Lies In The Sky today. The Middleton four-piece have already made a considerable impression on the Manchester live scene in the year and a bit since they formed and with their first EP We Are Scuttlers and their new single is set to cement their position as one of the more promising bands around town at present.

Named after the violent gangs of the eighteen hundreds, Scuttlers have something of the street about them. Lies In The Sky sounds disaffected, raging at the world from the point of view of today's youth, talking of leaving jobs, burning houses and browsing the web for things you wish you could have but with an articulate perspective and controlled anger. The guitars that dominate the single make their point with even more force.

Scuttlers are on Facebook and Twitter. They launch the single at Manchester Retro (78 Sackville St) on February 16th.

Email ThisBlogThis!Share to TwitterShare to FacebookShare to Pinterest
Labels: Scuttlers