TRACK OF THE DAY : Rory Wynne - Getting Over You 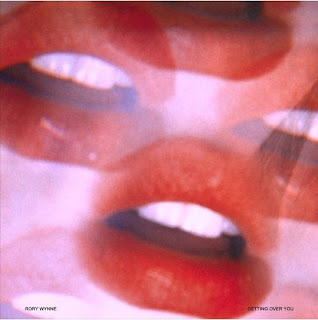 Rory Wynne returns with a new single Getting Over You, the second release since his self-titled debut album last year. Underpinned by a huge beat and big glorious chorus, it's Rory's most sonically challenging release so far yet still retains the ability to deliver a huge hook to grab the listener.

This single has had a very different birth to Rory's usual recording process, having been written a while ago and taking its time to find the right shape to put out into the world. He explains “Usually I write a song and within days or weeks record a demo and the song stays like that. Getting Over You has evolved over 10 months since I originally wrote it in April, at times it was frustrating because I had a vision in my head of what I knew it could sound like - but in the end I got there and I think it sounds huge - and that’s always what I aim for.”

The song is, like most of Rory's songs, young love and the confusion that comes with trying to forge relationships - “This tune was about a night where everything was going unexpectedly well with somebody I’d liked for a while and then as we were going our separate ways I realised it wasn’t going to happen again so it’s about that and then the Getting Over them process.”

Rory Wynne's official site can be found here and he is on Facebook and Twitter. He plays London Water Rats (March 1), Brighton Hope And Ruin (2), Birmingham Actress And Bishop (15) and Manchester Jimmy's (16).