A Day With Catfish And The Bottlemen 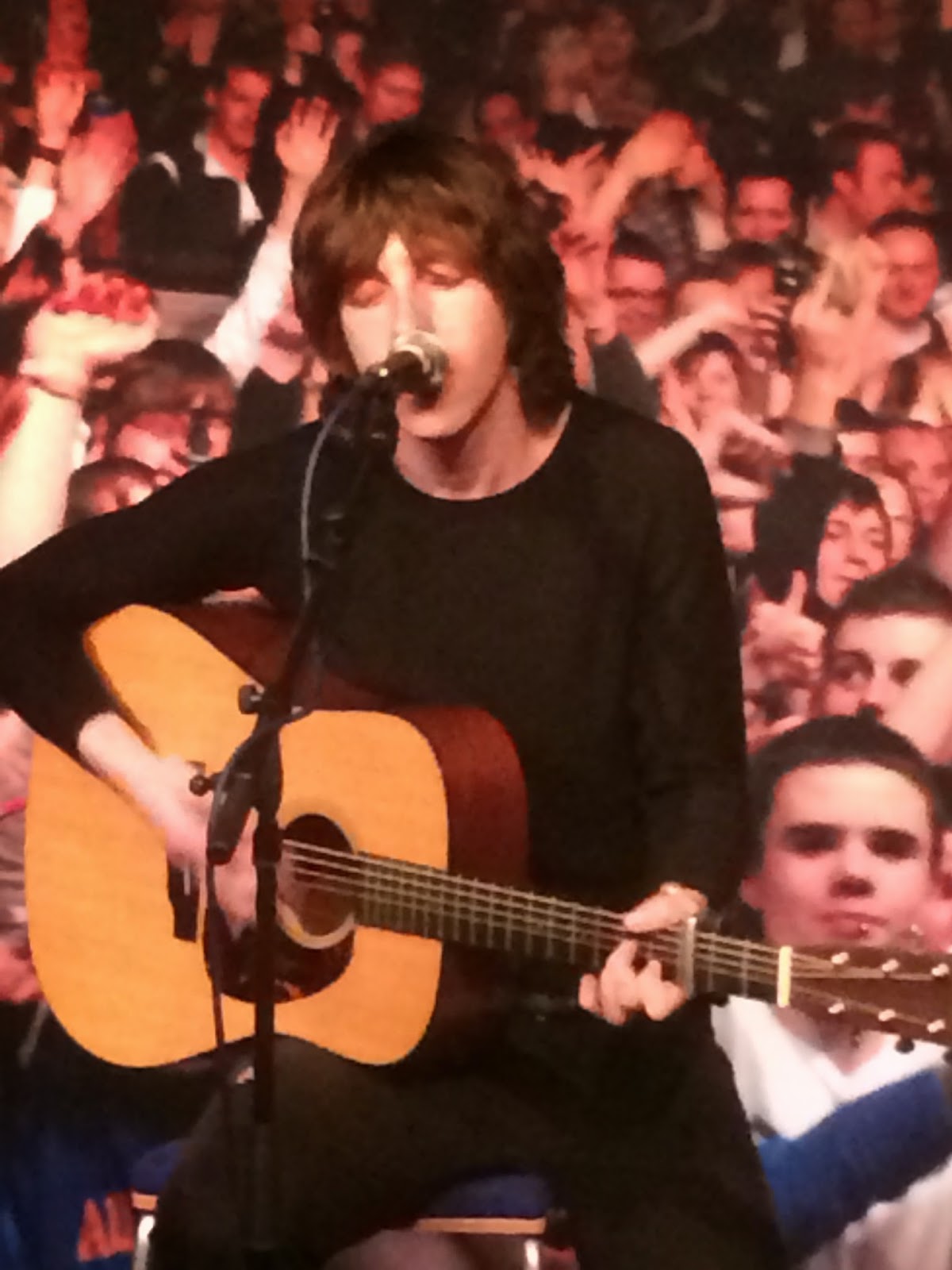 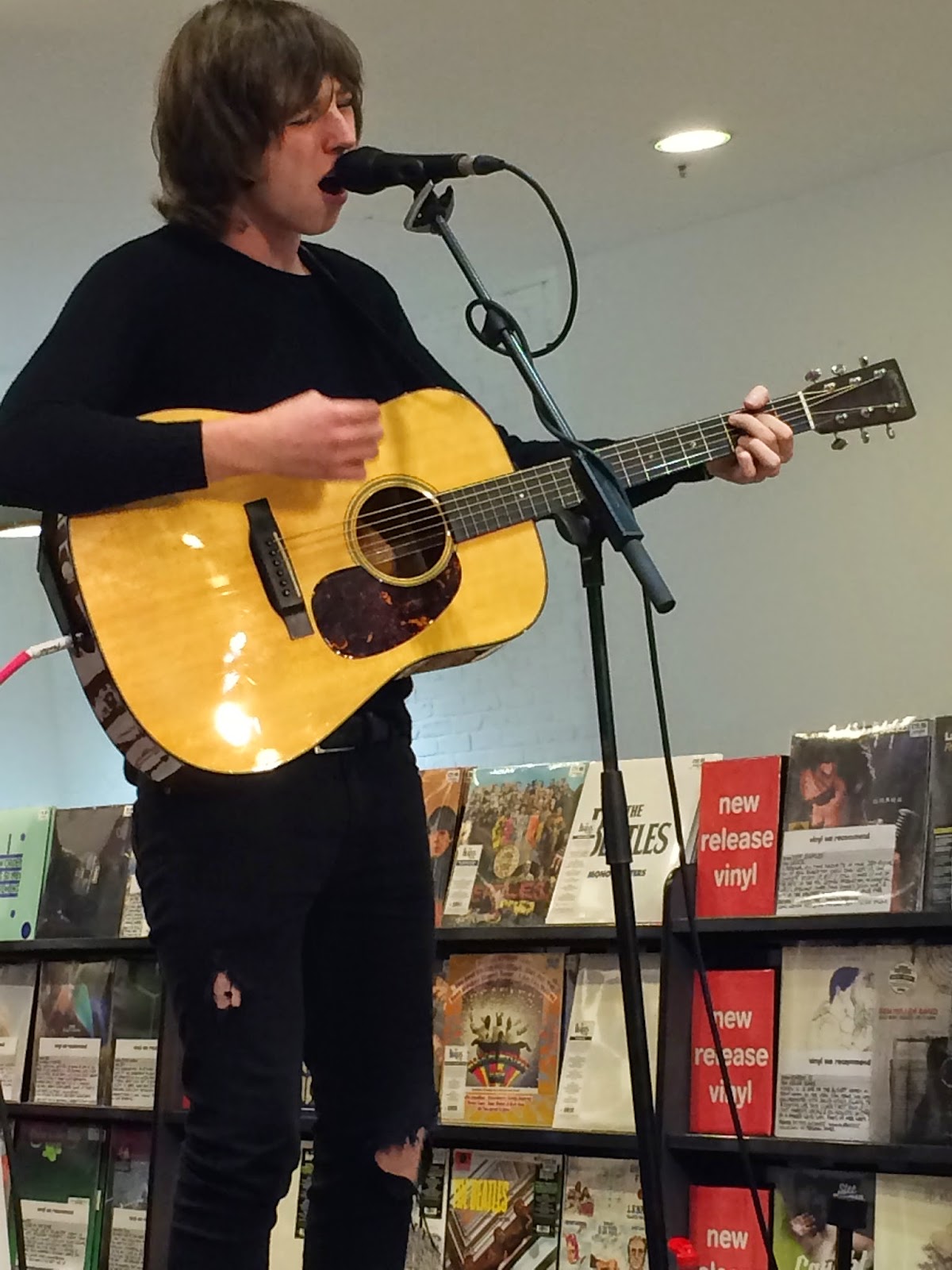 To celebrate the release of their debut album The Balcony, Catfish and The Bottlemen hit Manchester for a session at XFM and an in-store at Manchester HMV.  We went along to see how they're coping with their new found star status.

Our review of The Balcony describes it as " slightly giddy with excitement, completely free of pretence" and it's destined to go down as one of the year's great, if not greatest debuts.

With it hitting number eight in the midweek charts, they're out on the promotional trail and we were lucky enough to win tickets for an intimate session at XFM Manchester's studios.  Fresh from an interview and tour with MUTV (Van asks who's a United fan), their next stop is for Van to play four acoustic songs to us and then the rest of the band, including the legendary Larry who isn't in the band but has a legion of fans of his own, have a meet and greet and signing session. 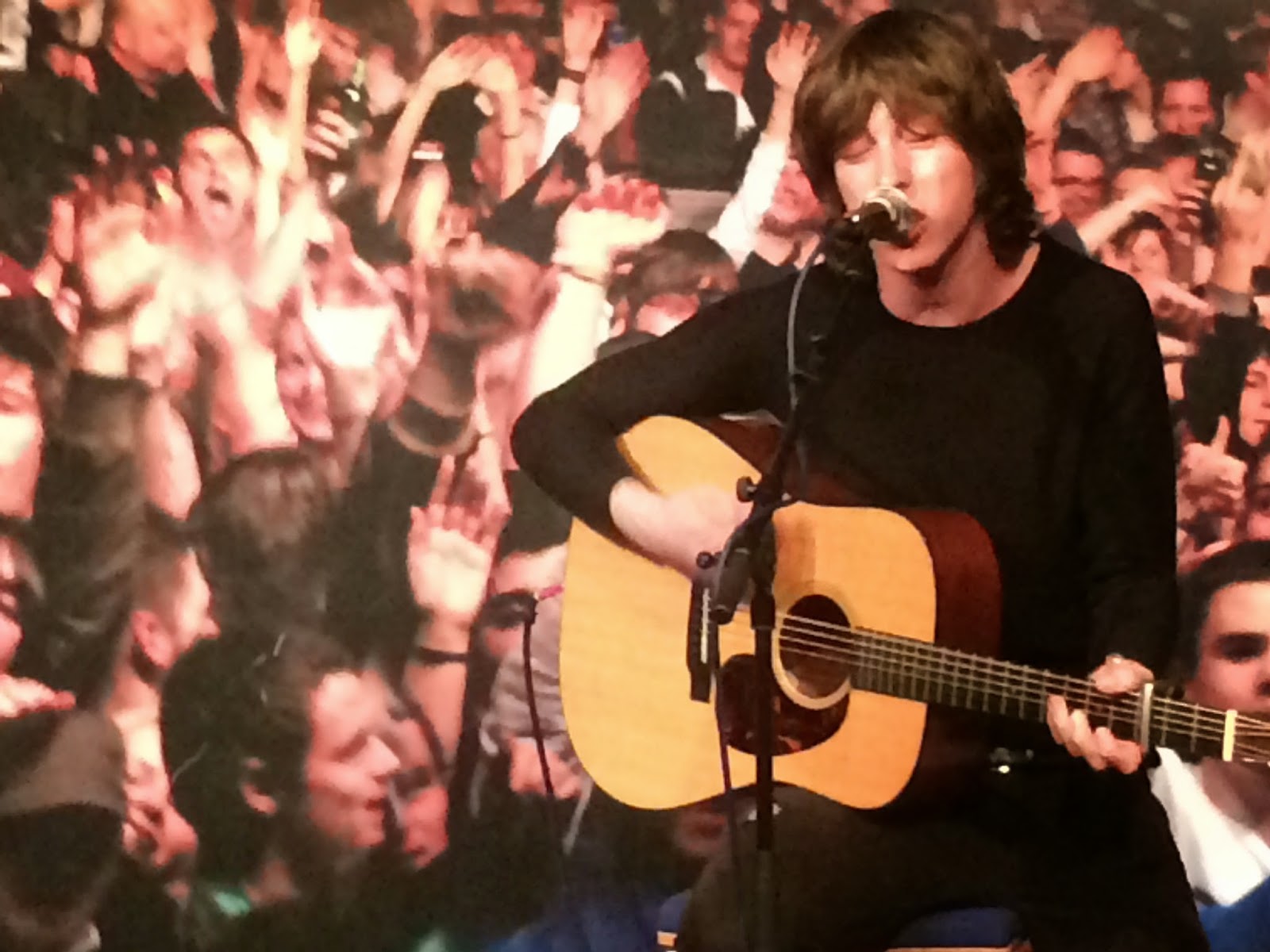 Stripped back to an acoustic guitar and Van's voice, the songs don't lose any of their power or their singalong quality although the intimacy of the space and the fact everyone thinks it's being recorded for broadcast (despite Van's repeated swearing) means that no one does other than a few whispered mimes.

We get Cocoon, Pacifier, Kathleen and Hourglass, mainly from audience requests, another sign that despite their association with Communion / Island giving them the platform to rise from, they're still true to their roots.  They act like they've got the best job in the world and the bond they've established with their fans is one of the reasons they look like they're living their wildest dreams and Van has already written he's worried that their impending fame is going to impact their ability to interact on a one-to-one level with their fans. 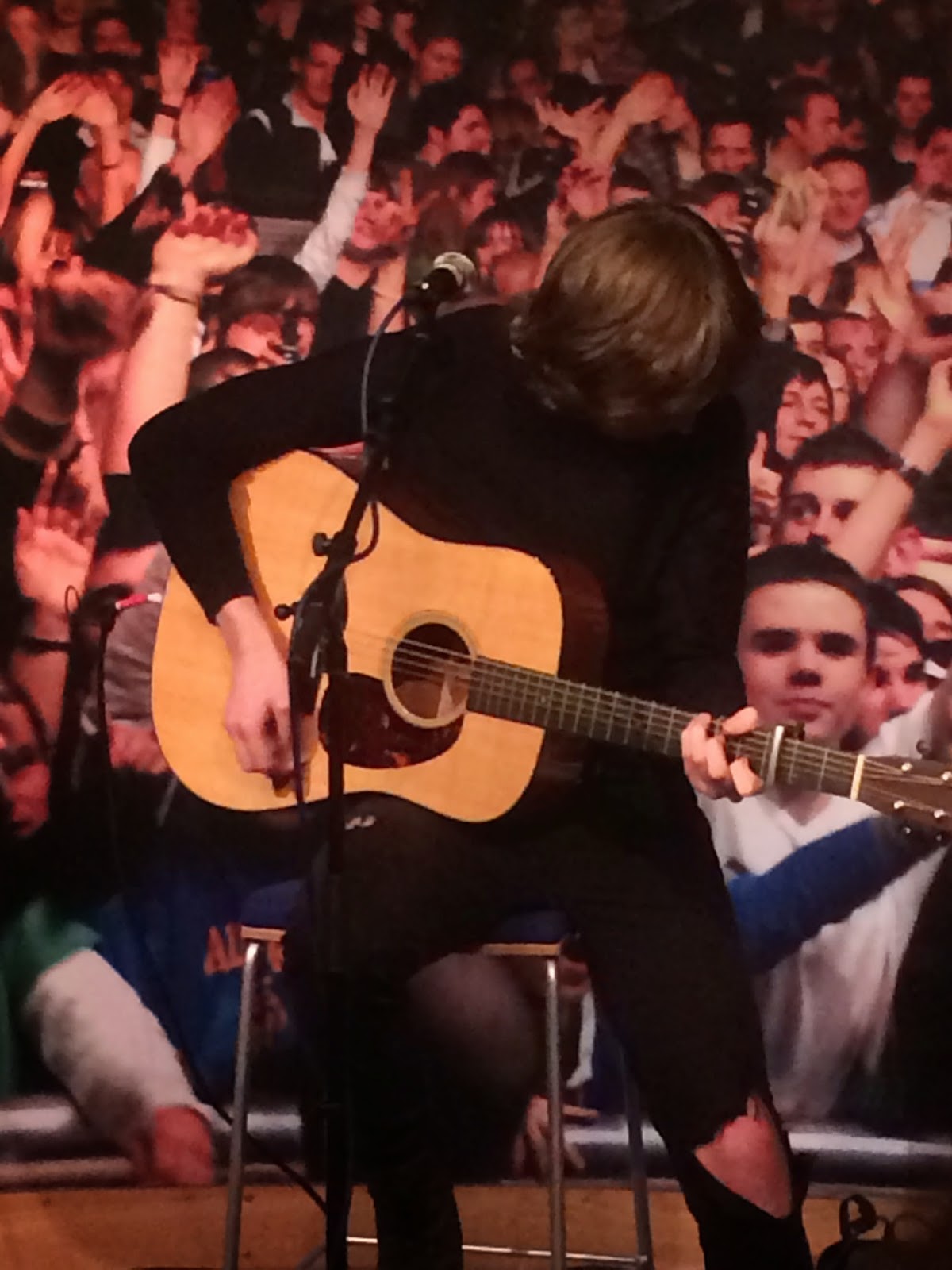 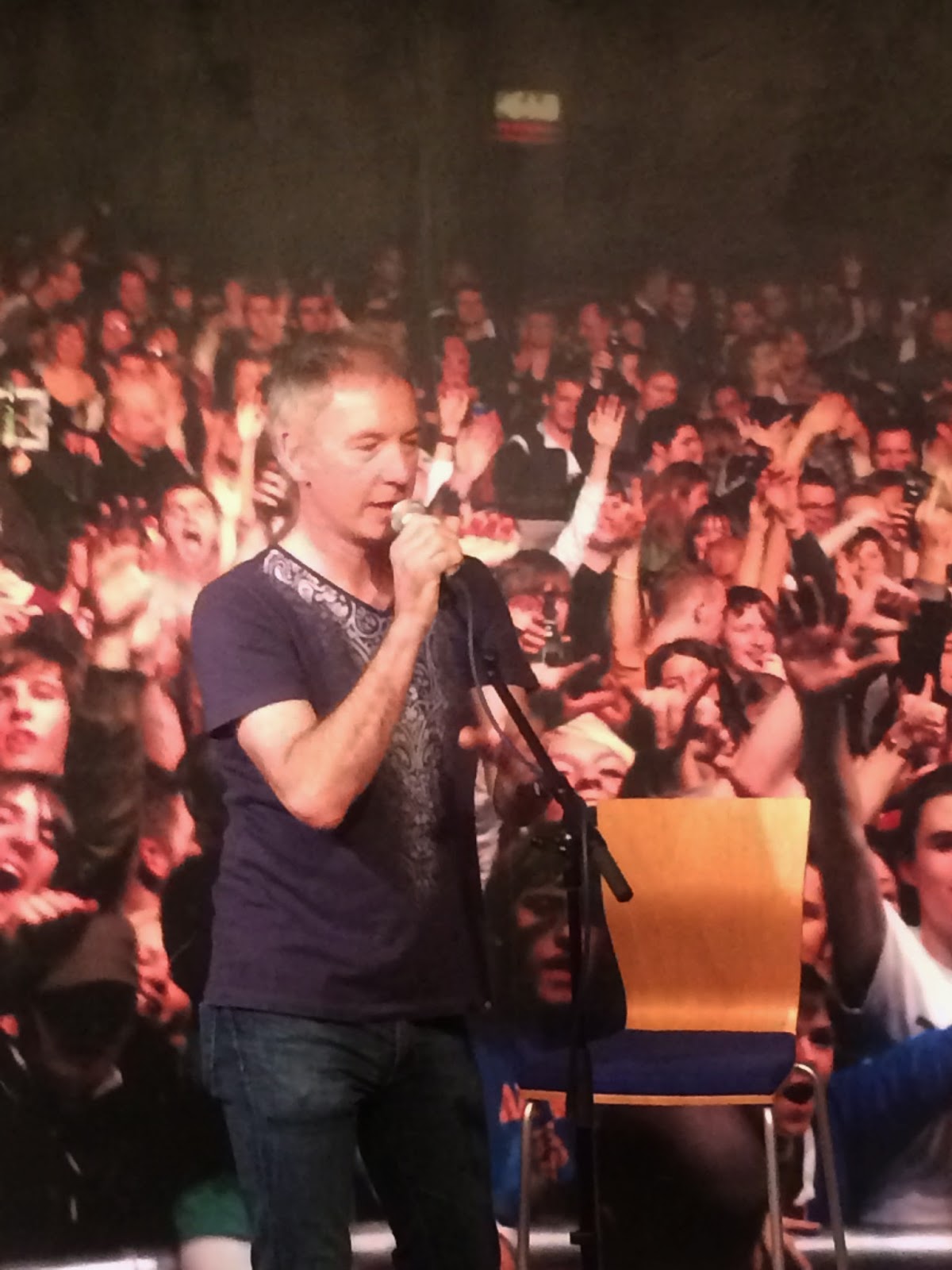 Van's in jovial mood, joking with maitre d' Clint Boon about who Inspiral Carpets are in retaliation for a comment about Van's ripped jeans.  Clint introduces them and tells us that it's not just XFM picking them up, but all stations (they've just been A-listed by Radio One) and that's a sign that their juggernaut isn't going to stop any time soon.

At the meet and greet, Van insists on asking everyone's name, those that he doesn't remember and there's a few he does, and either shaking hands or hugging, far removed from the dour, sourpuss and aloof approach of some bands.  They've played to twenty people in toilet venues the country wide and from that (and the fact that they're actually nice down-to-earth music lovers themselves) they recognise the importance of the people who follow and who have supported them.

Next up is an in-store gig and signing session at HMV Manchester.  Even prior to 4pm there were over 400 people queuing.  We sneaked in at the front as we had priority access with HMV's points scheme as the crowd waited patiently engaging in banter with the store manager Simon and Larry when he was tuning up Van's guitar, especially as it slipped when he placed it on its stand. 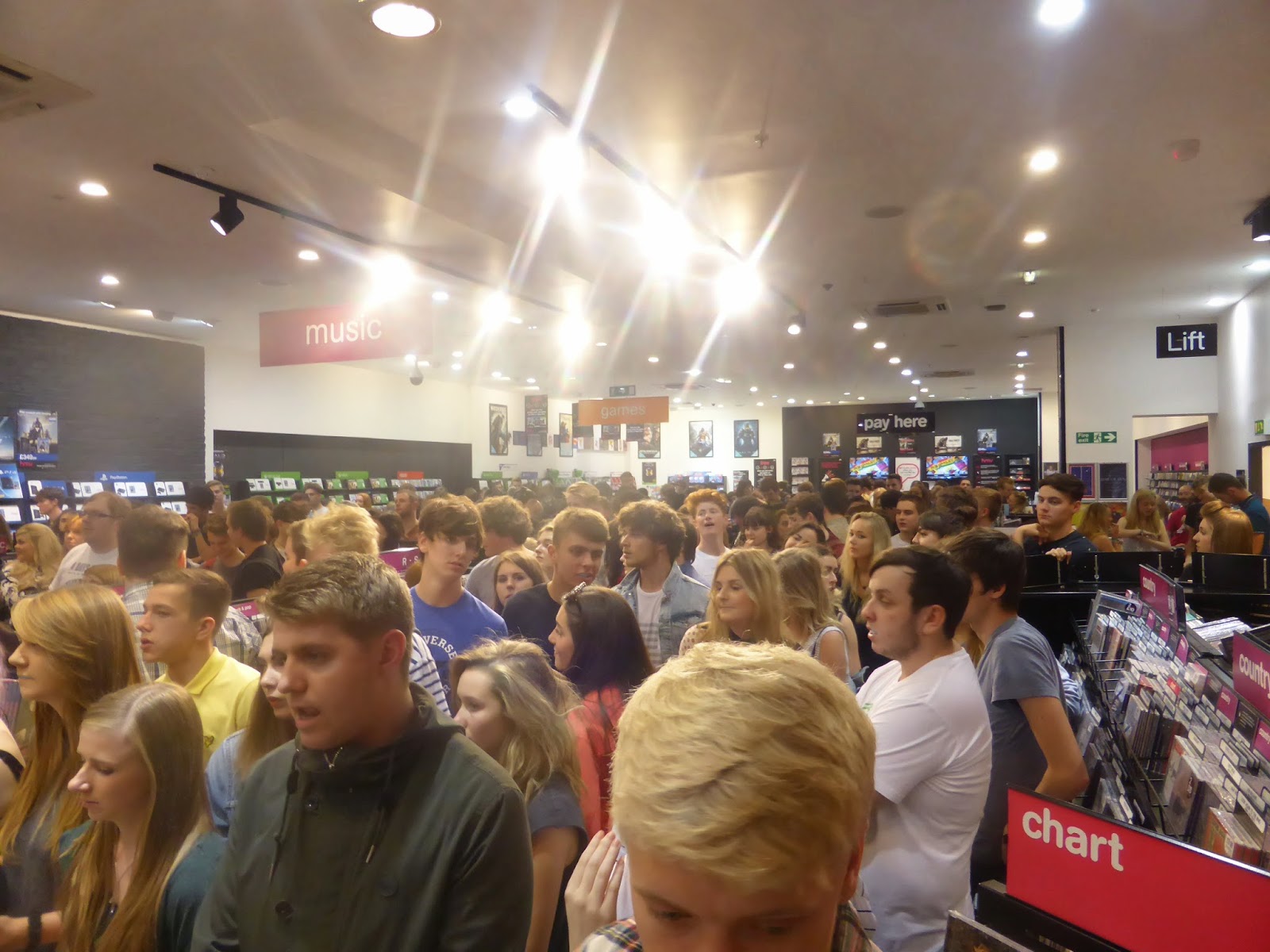 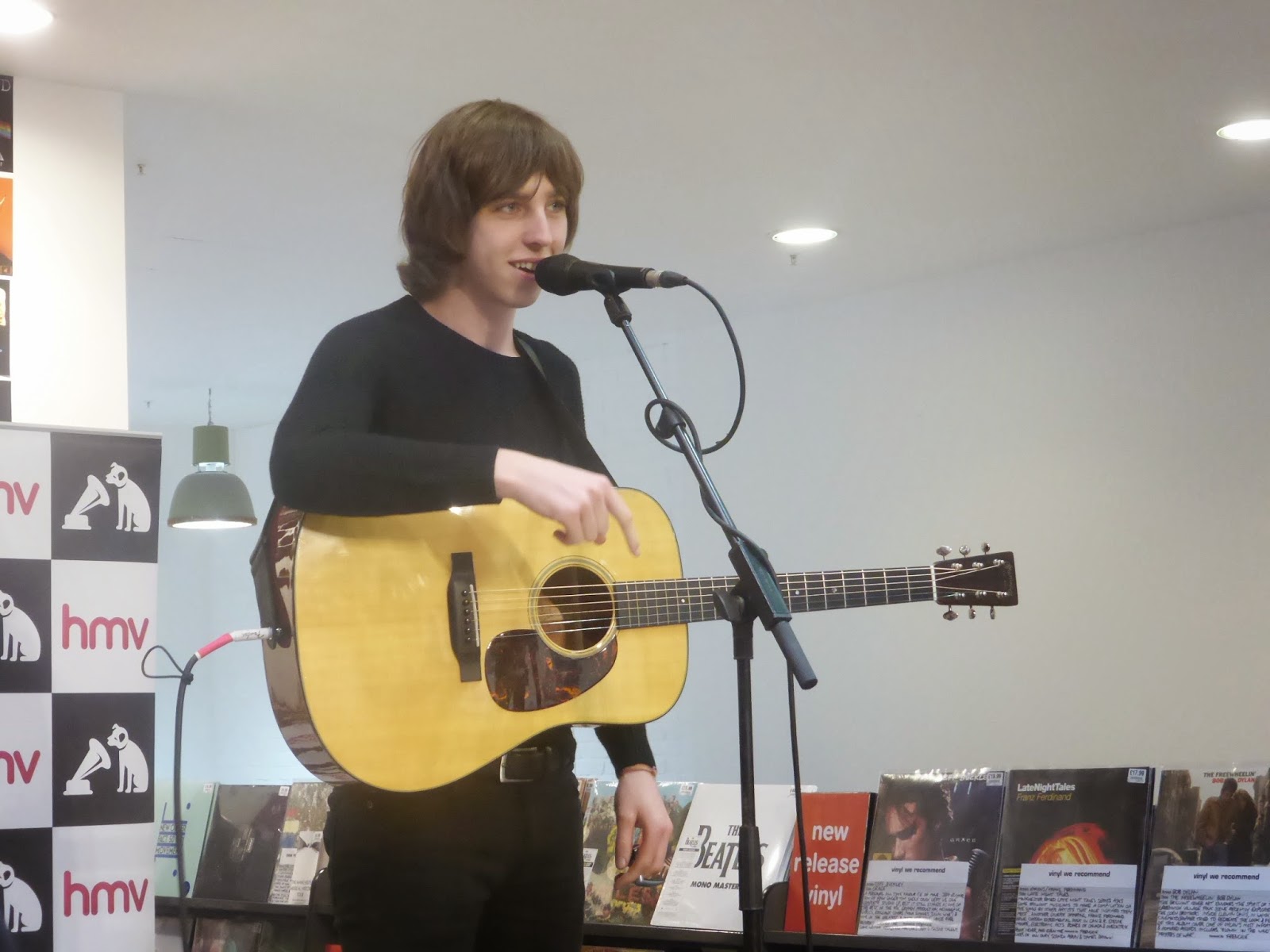 The set is again acoustic and we get the four songs from XFM earlier plus Business, the first time Van has played it solo, and Homesick, with even a line from Ida Maria's I Like You So Much Better When You're Naked thrown into the end of Kathleen.

Again Van's in fine form engaging with his audience.  He challenges people to a game of FIFA after the signing, laughs at suggestions it'll go to number one despite the crowd's insistence, jokes about people stealing the CD even asking one guy if that was why he'd brought a massive bag, enquires what the crowd want to hear, picks out people he recognises in the audience and says hello to them and repeatedly thanks them for having bought the album and all their support.

There's an incident where an ex-fan who's been vocal against them on Twitter recently walks down the stairs and shouts something that puts Van off his stride and makes him stop the song.  He explains the story and that the guy is "a prick" because it made him stop in his tracks and he feels he needs to tell us what put him off. The guy has been slagging off Catfish for supposedly selling out and Van's indignant at accusations they've gone mainstream and sold out and asks what's wrong with wanting to sell out stadiums when they'll stay as long as they need to and sign anything and everything.

It's clear from the adulation that they inspire and the humility with which Van accepts it that they're far from that. They've worked hard to get here and appreciate every bit of support they've had along the way rather than having it handed on a plate to them.

We wait for the signing session and when I go to get the CD HMV gave me as part of the priority access, I explain that this is for the Manchester Dogs Home event on Sunday as a raffle prize (I'd had my vinyl signed earlier at XFM).  Van immediately reaches for his back pocket and offers to pay me for the CD.  He then asks if there's anything they can do.  It's the immediacy of the response that says a lot about them as a band and as people.

Catfish And The Bottlemen are a band of the people.  You look at their crowd and they've rallied and inspired young people to listen to and, whilst they'll never be the new Led Zeppelin, follow rock music again.  They write unashamed fun three minute songs which don't take themselves too seriously, they've done their time pushing against doors that wouldn't open and they've grabbed this opportunity with both hands.   They should be celebrated and cherished.

The Balcony is out now.  We're running a competition to give away a signed CD - all you have to do is follow the instructions on our Twitter page.

They have also announced their biggest headline tour in November and December, which is pretty much sold out already as well as a headline show at Shepherds Bush Empire on April 1st.