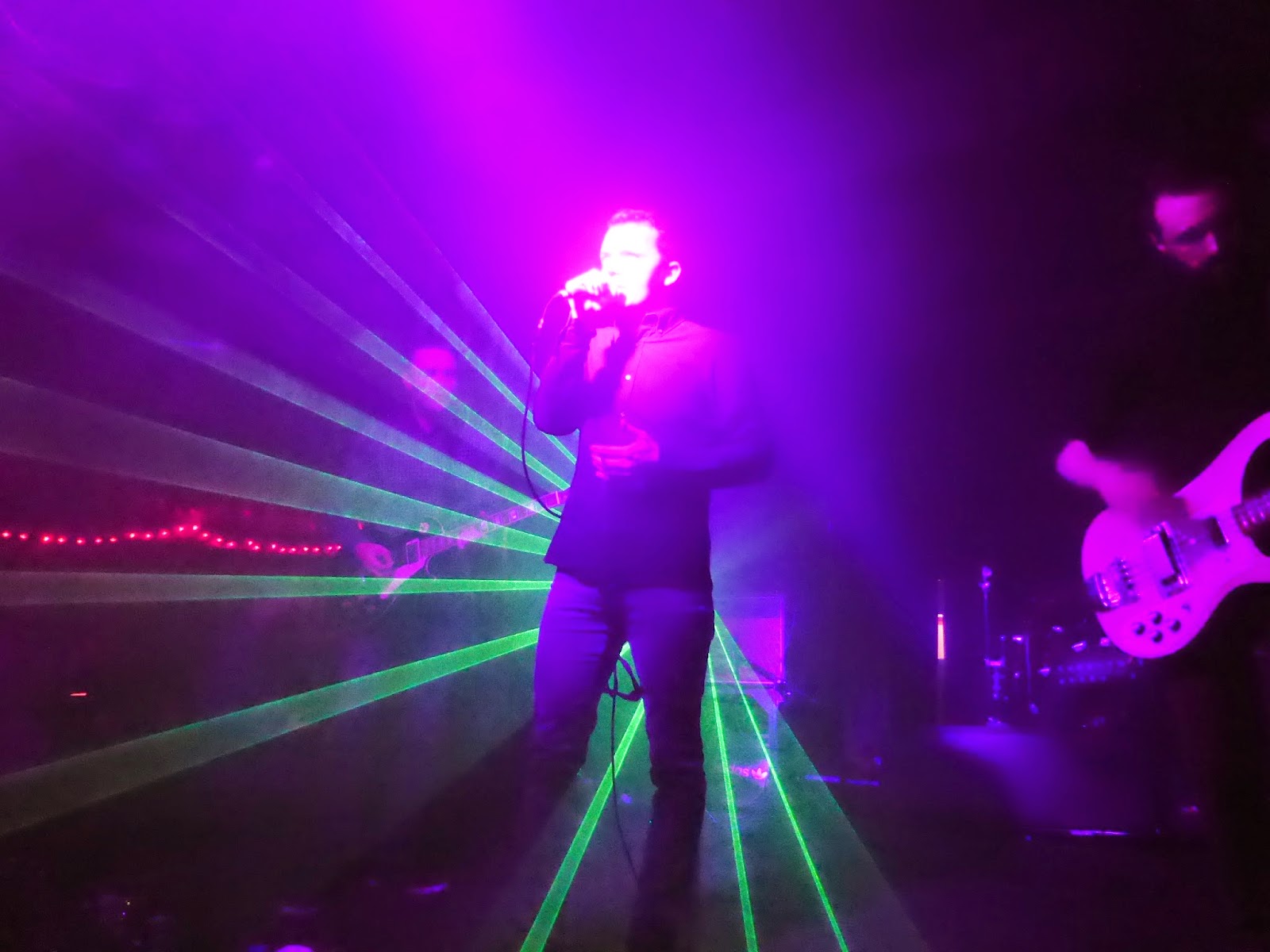 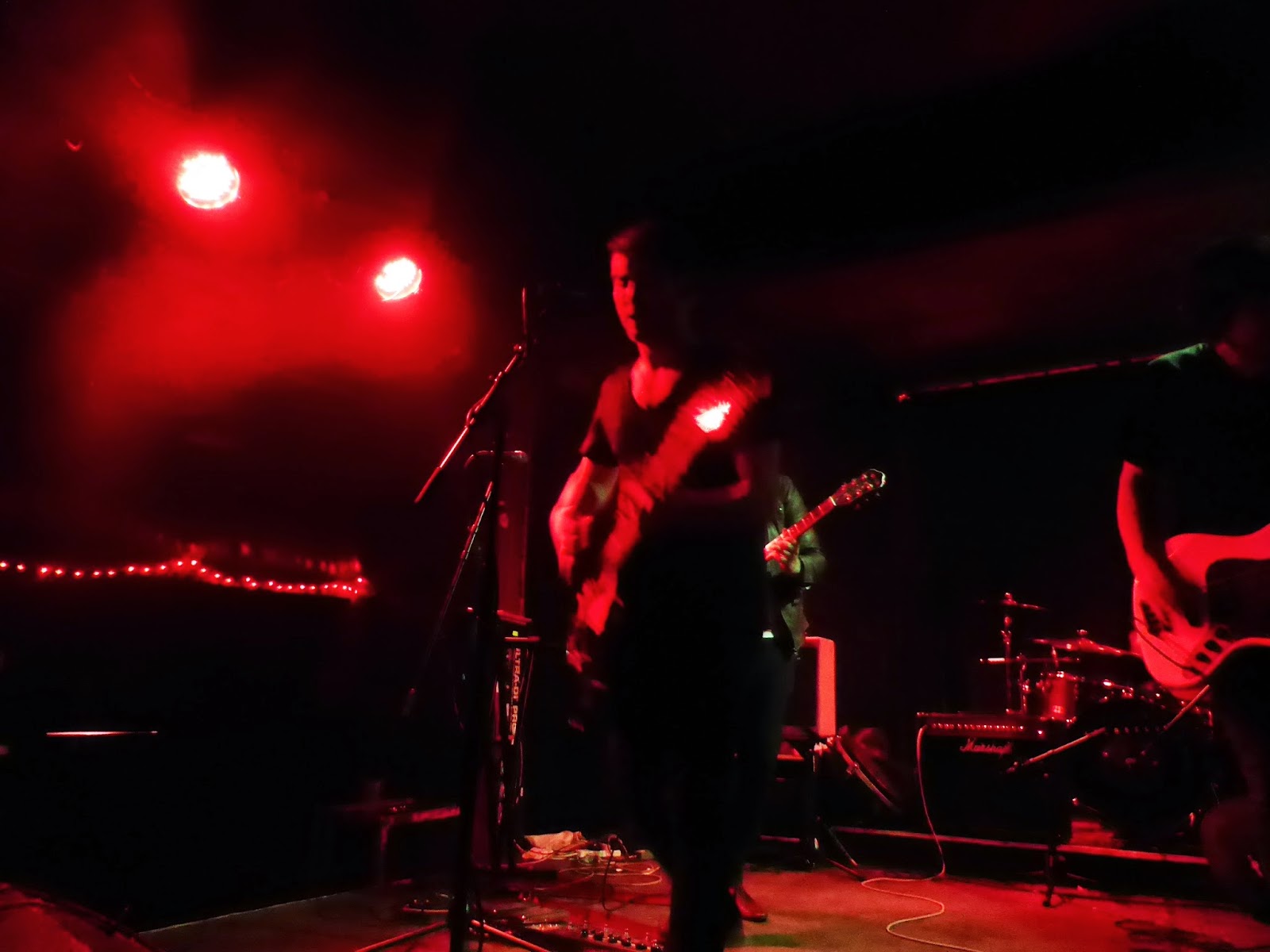 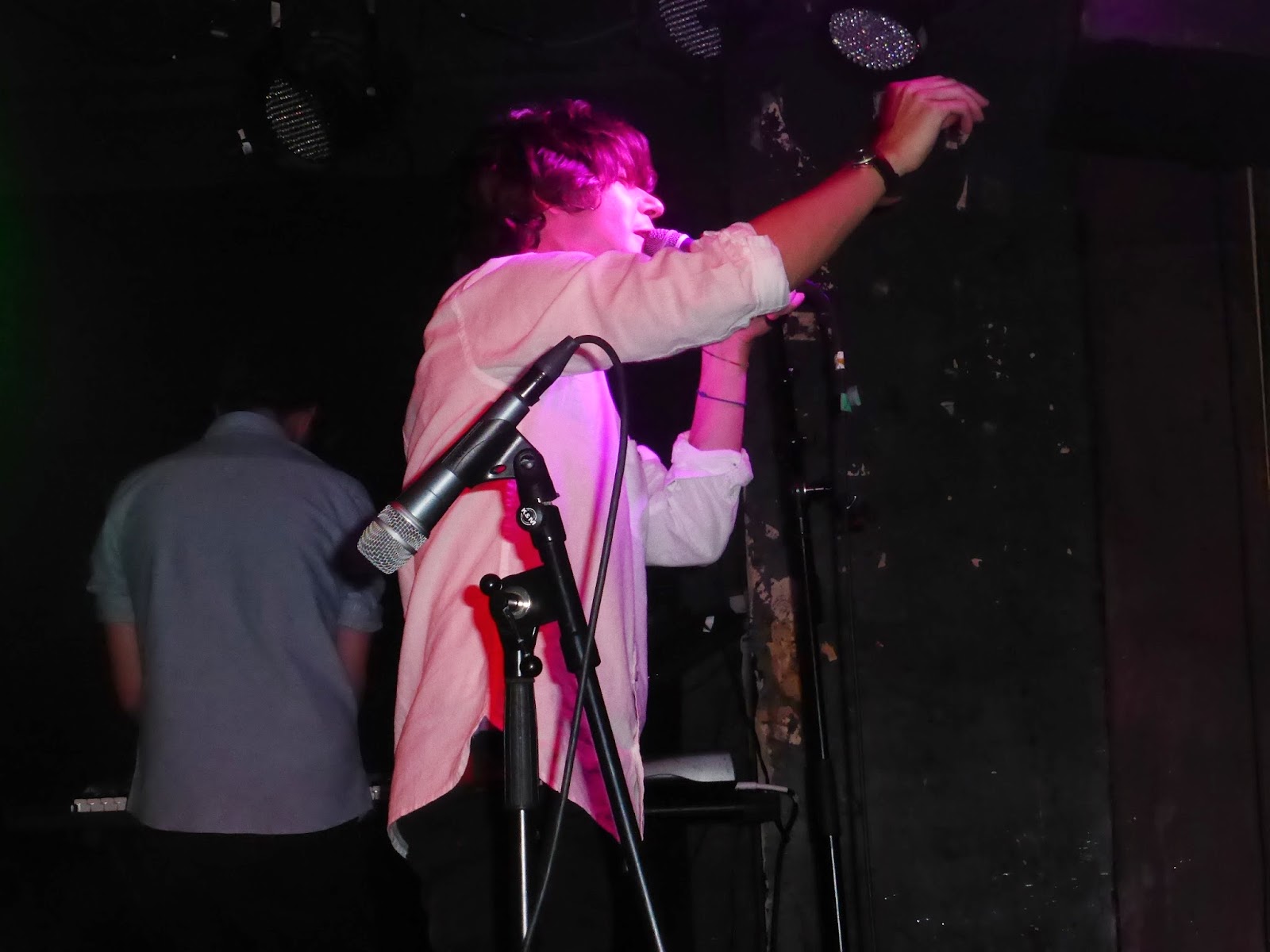 The Slow Readers played to a sold-out Night And Day in Manchester to celebrate the release of their new single Don't Mind on Monday.  They also introduced a new song, Cavalcade, to the set.  Support came from The Reveurs, Hey Sholay and Morning Pilgrims.

21st September 2013 sees us at the second CavFest, a school fundraising festival in Didsbury. We quickly snapped up tickets for the event such was the success of the inaugural festival in 2011, where members of our favourite bands played some unforgettable sets.

The line up in 2013 on paper, for me at least, isn't as strong but we enjoyed the first festival so much that there is no chance we are missing the second one.  We arrive in time to catch a band play a storming mid afternoon set. They were simply head and shoulders above everyone else on the bill that day. That band were The Slow Readers Club. A year on from that appreance and I have travelled about 3,000 miles to see them play an assortment of support slots, headline shows and festival appearances in and around Manchester and beyond.

Before they play a triumphant headlining set, the bustling Night and Day crowd are treated to sets from Morning Pilgrims (who we missed because they were on immediately after much-delayed doors - 7pm on the venue flyer, 7.40 in reality), Hey Sholay, and The Reveurs. 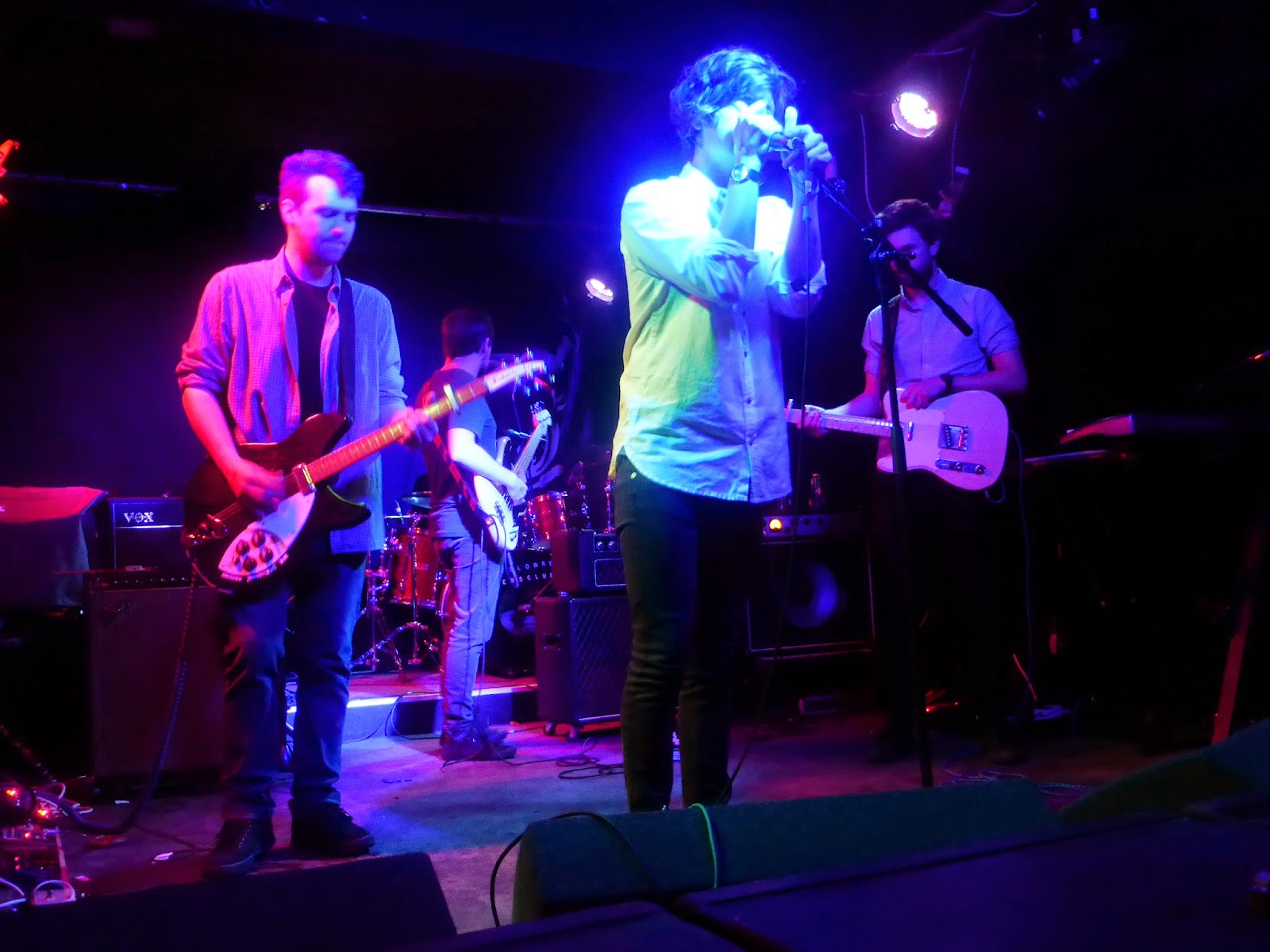 Hey Sholay hail from Sheffield and they are clearly delighted to be playing Night and Day. Their sound fits somewhere between Pavement and Stereolab. I warm to them as their set progresses. The crowd are intrigued and steadily builds throughout the show. Front man Liam has an impressive vocal range and I am satisfied enough to purchase some lovely orange vinyl from him at the end of the set.

Local lads The Reveurs have a sound and attitude not unlike recently departed The Darlingtons. They have quickly built up a local following with the crowd cheering each and every song and they have fans who know the words to all of their songs already. They play Big Country-esq rock songs and they have the confidence to become as big as they want to be. For me the highlight of their 7 song set is Saint Marie. 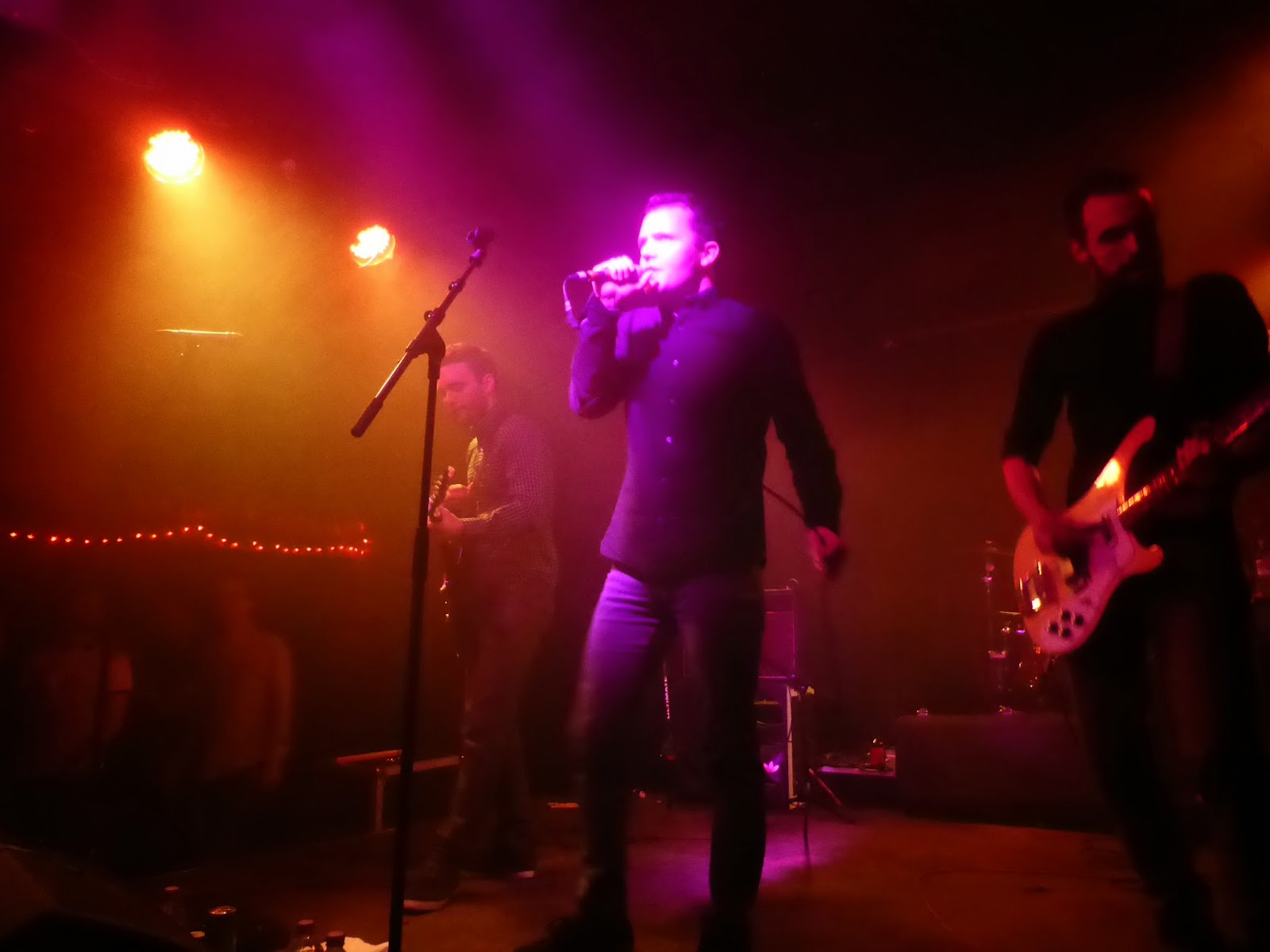 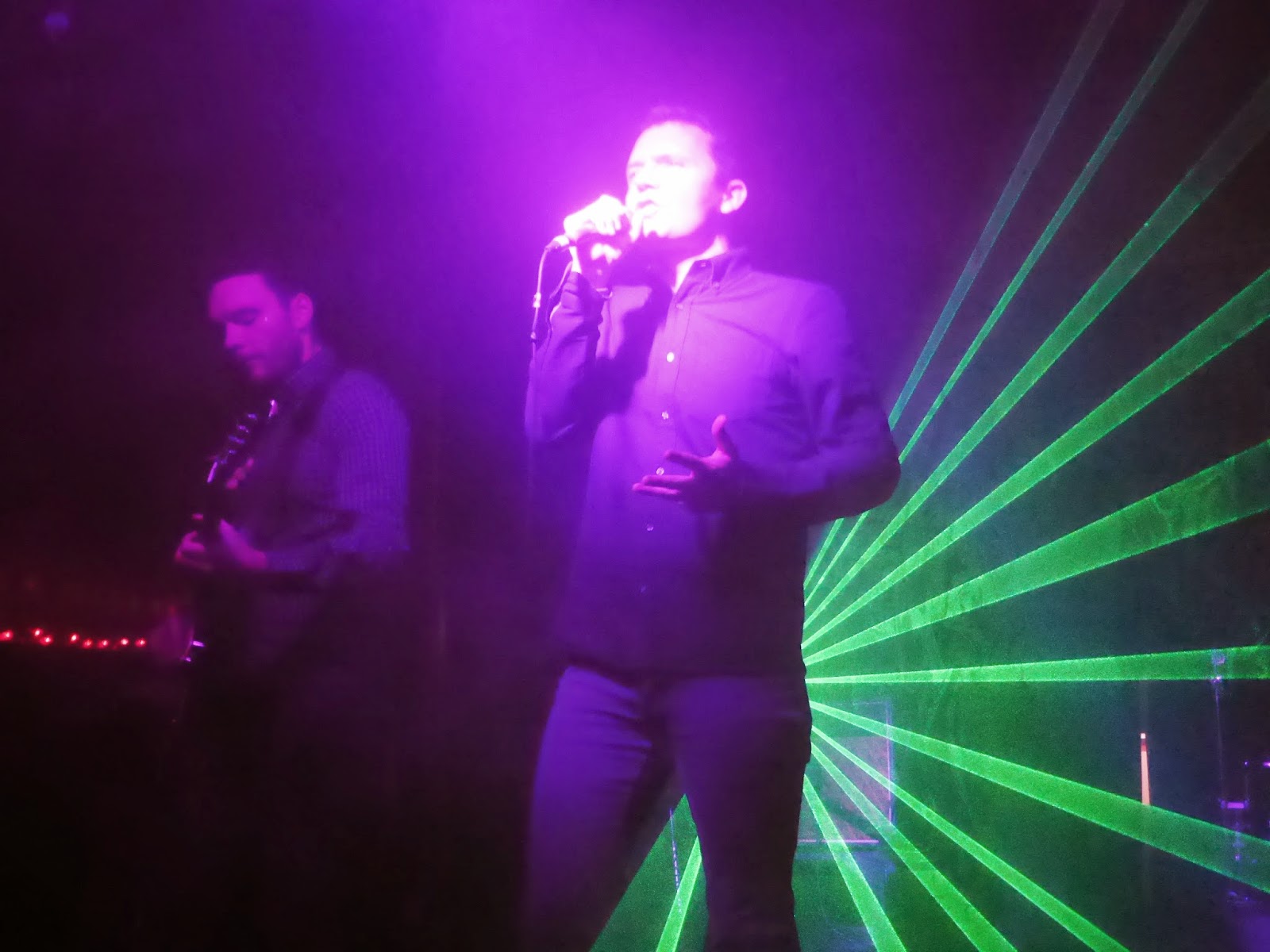 And so to headliners The Slow Readers Club. They have already topped the bill here at The Big Slice of Nice night back in March and since then, they have found favour with, amongst others, Steve Lamacq and Terry Christian. Steady radio play from 6 Music and XFM plus some local sessions has raised their profile.  The synth track which opens Fool For Your Philosphy is greeted with cheers from their loyal fans. Impressive given that Fool... is still unreleased. Traditional set opener Sirens soon follows and is as immediate and incendiary as ever. Jim's bass lines on this and Days Like This Will Break Your Heart have never sounded so good. He seems to be playing lead bass now and the band sound better for it. The huge crowd are loving every minute of it and cheer every song. Tonight's gig was to launch new single Don't Mind, which is a bit of a departure from the last 2 singles in that it is a slower, more reflective number.

The set tonight is a real mix of old and new, with the band revisiting their back catalogue more than usual. One More Minute is delivered at a blistering pace and the crowd love it. You sense that the years of hard work are finally paying off for the band. The atmosphere is electric as the band rattle through Lost Boys, Block Out The Sun and Frozen, the old Omerta single which returns to the set tonight after a long absence and sounds magnificent.

We are treated to new song Cavalcade which the band have been working on recently as they record the much anticipated second (as yet untitled) album. Cavalcade is sure to become a future fan favourite. Feet On Fire follows before their two singles, Start Again & Forever In Your Debt round off an incredibly well received set.

The Slow Readers Club audience has grown steadily this year. At tonight's show, there is a genuine sense of excitement in the air. The band sail through their set and the crowd love every minute. Each song is greeted with cheers. There is an incredible willingness from the crowd for the band to succeed. As much as I love the venue, I guess I am resigned to the inevitable fact that they are moving on to bigger venues. I am already thinking how good a show The Ritz will be.

The Slow Readers Club played: Fool For Your Philosophy, Sirens, Days Like This Will Break Your Heart, Don't Mind, One More Minute, Lost Boys, Block Out The Sun, Frozen, Cavalcade, Feet On Fire, Start Again and Forever In Your Debt.

Andy Carson's photos from the night can be found on his Flickr site.

Don't Mind is out now from this link.