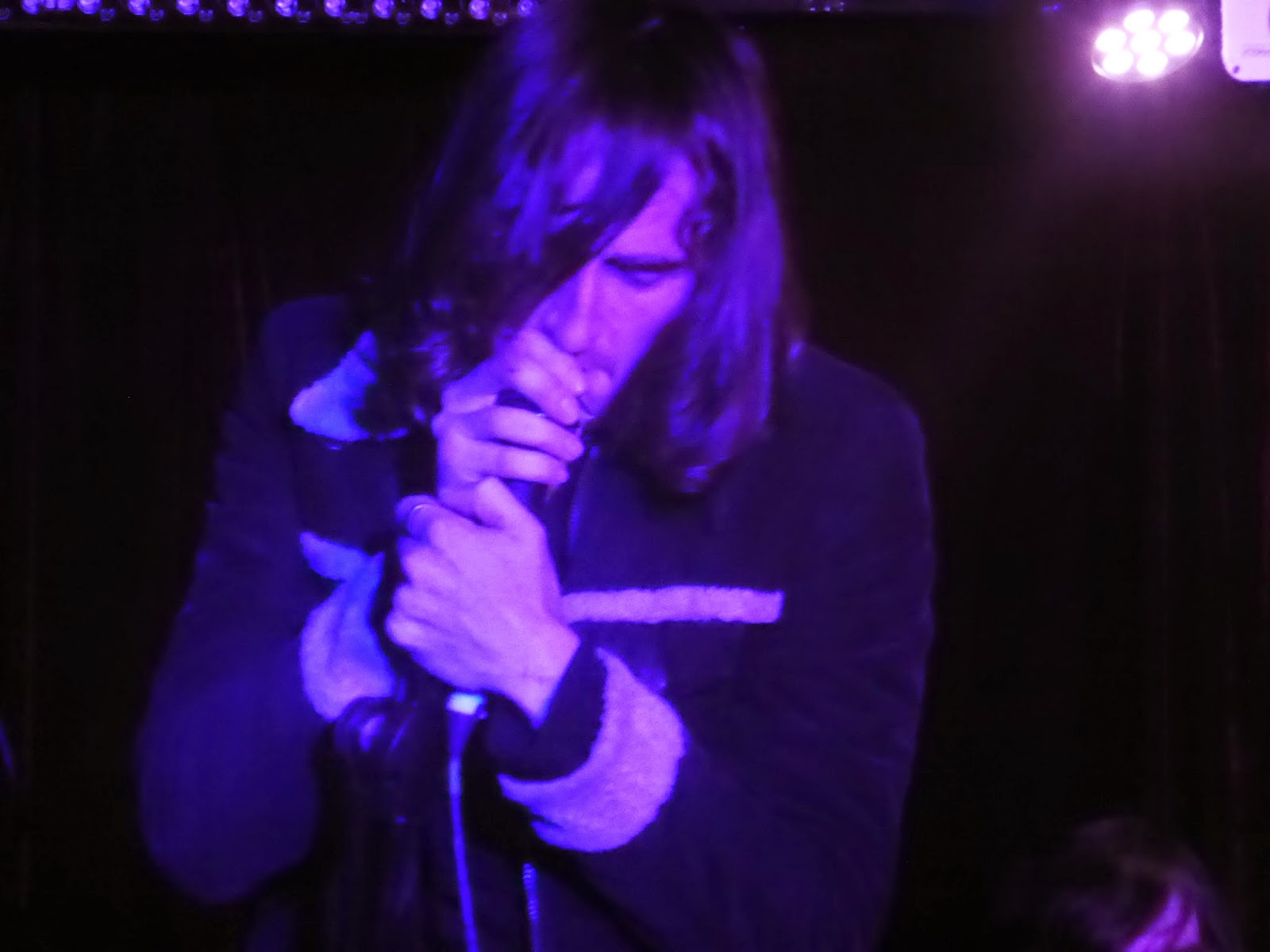 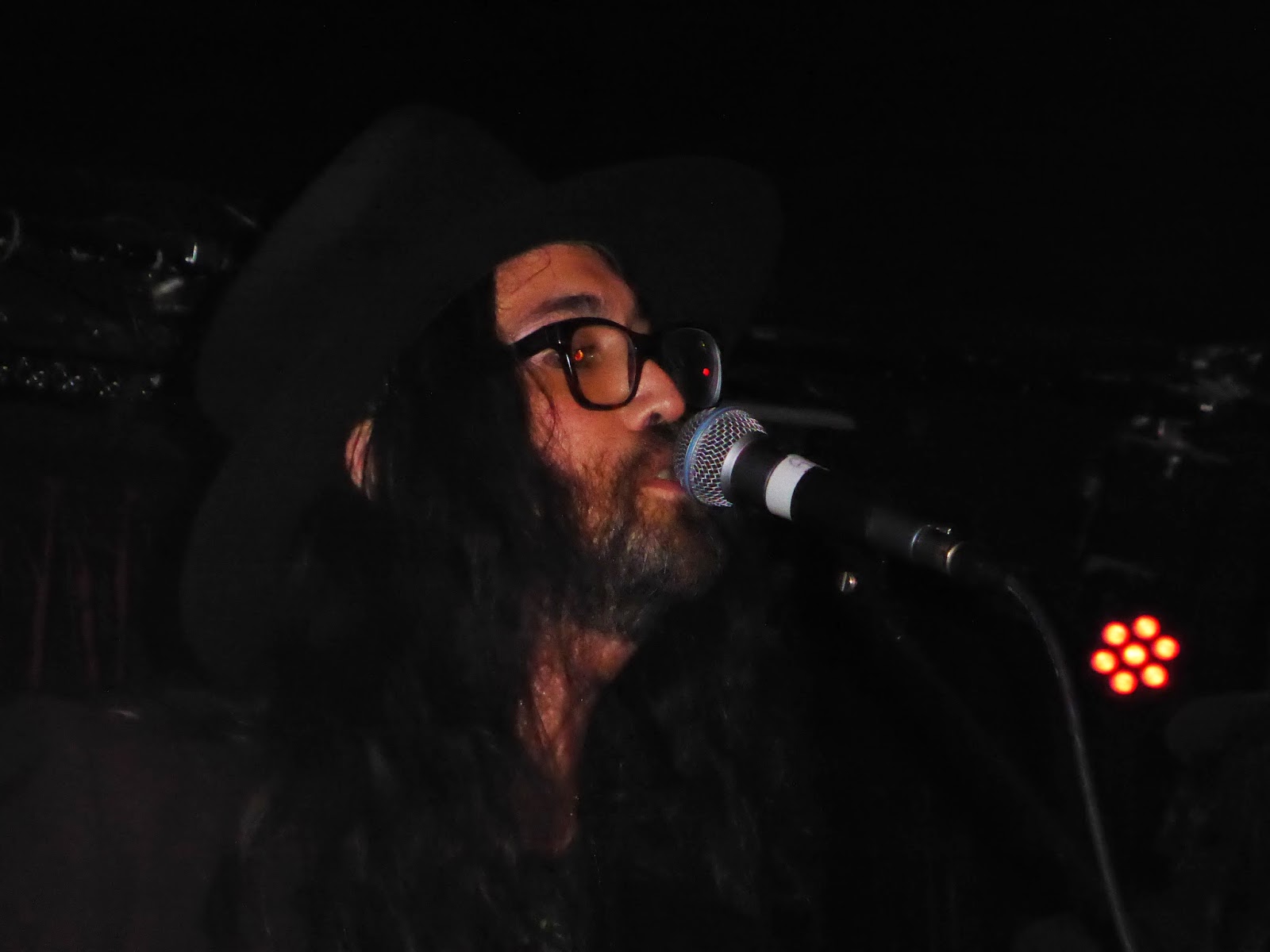 It's not often you get a packed out Ruby Lounge on a Monday night, particularly for a band that hasn't yet set the charts alight or been hyped by the media, but the draw of a son of a Beatle fronting the remarkably named The Ghost Of A Saber Tooth Tiger plus the appearance of local heroes Purple Heart Parade meant that there's a fairly sizeable crowd in for this show.

Purple Heart Parade have been undergoing a transition around this set of gigs they're playing as they recently lost two guitarists and are bedding in new man Nolan and working out how they want to move forward.

What stands them in good stead is the fact they've already got a solid set of songs on which to base whichever direction they take and in front man Peter Cowap II, they have a leader who it's impossible not to have an opinion on one way or another.  There are too many bands on the circuit, and ones gaining considerable success, with a singer with the personality of a wet fish, yet Cowap oozes charisma and star quality from the minute he walks on stage.  You might not know what he's going to do next, and tonight he's more restrained than usual by the barrier at the front, but you can never take your eyes off him because he's so unpredictable, whatever you think of his antics. 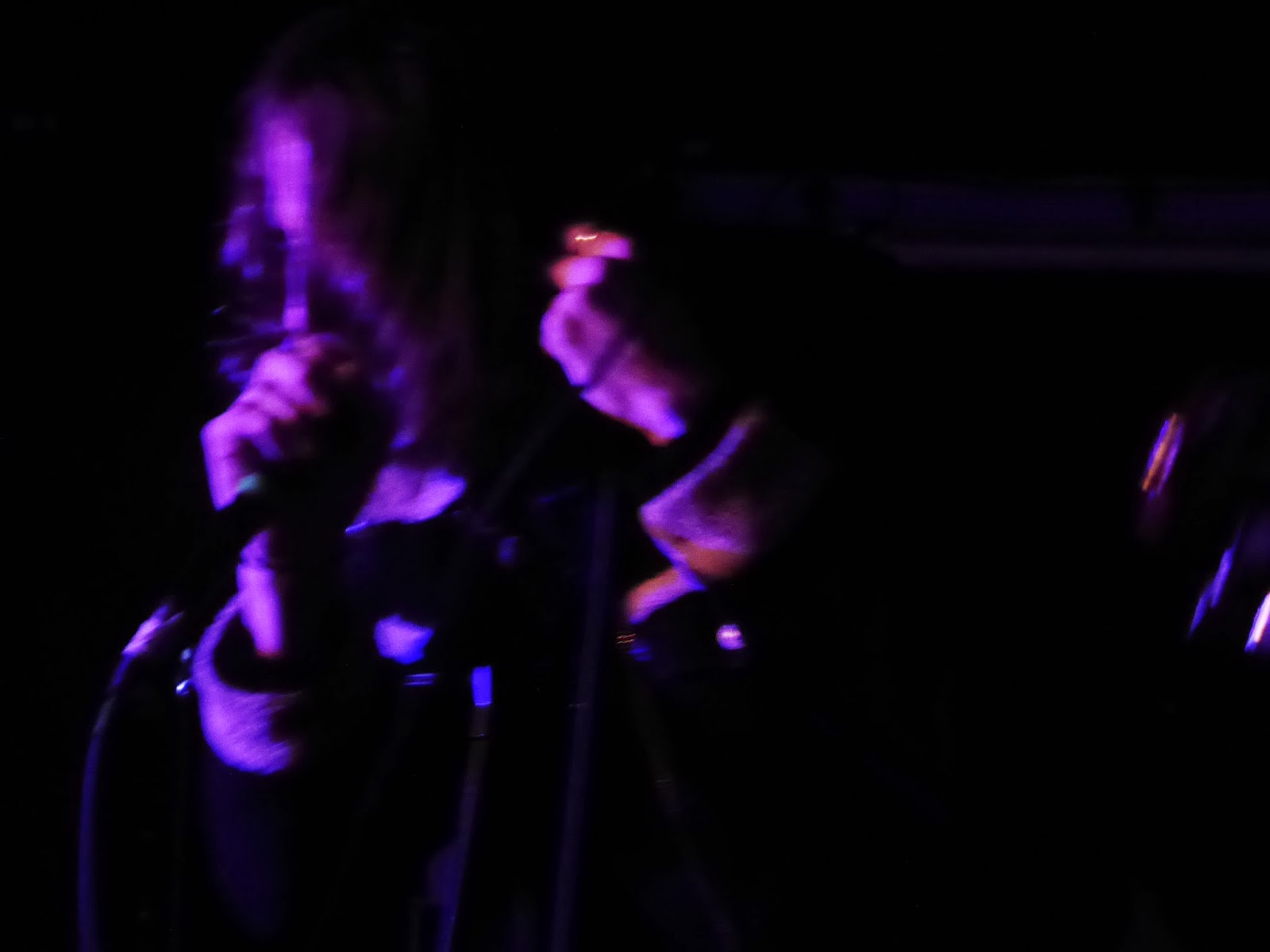 In the past my concern has been this might take attention away from the music, but tonight they hit the right balance.  He's enigmatic and looks like he belongs up there, still throwing shapes, singing crouched down at times, whilst prowling the stage at others, but his voice works perfectly with the huge psychedelic framework that the rest of the band create.  Ste Woods' bass is a monster sound underpinning the whole thing and Nolan shows that sometimes one hand can be better than two in that the guitars don't over power everything else and allow the songs to flow without it feeling like something's been held back to accommodate everyone.

They're already moving on at considerable pace, their debut single Painting Pictures is absent from the set although its flipside Starfucker Blues provides the centre piece alongside the monstrous sound of final song The Room and they're writing new material all the time that's getting further out there. It feels the line-up change might just transform them into something really special. 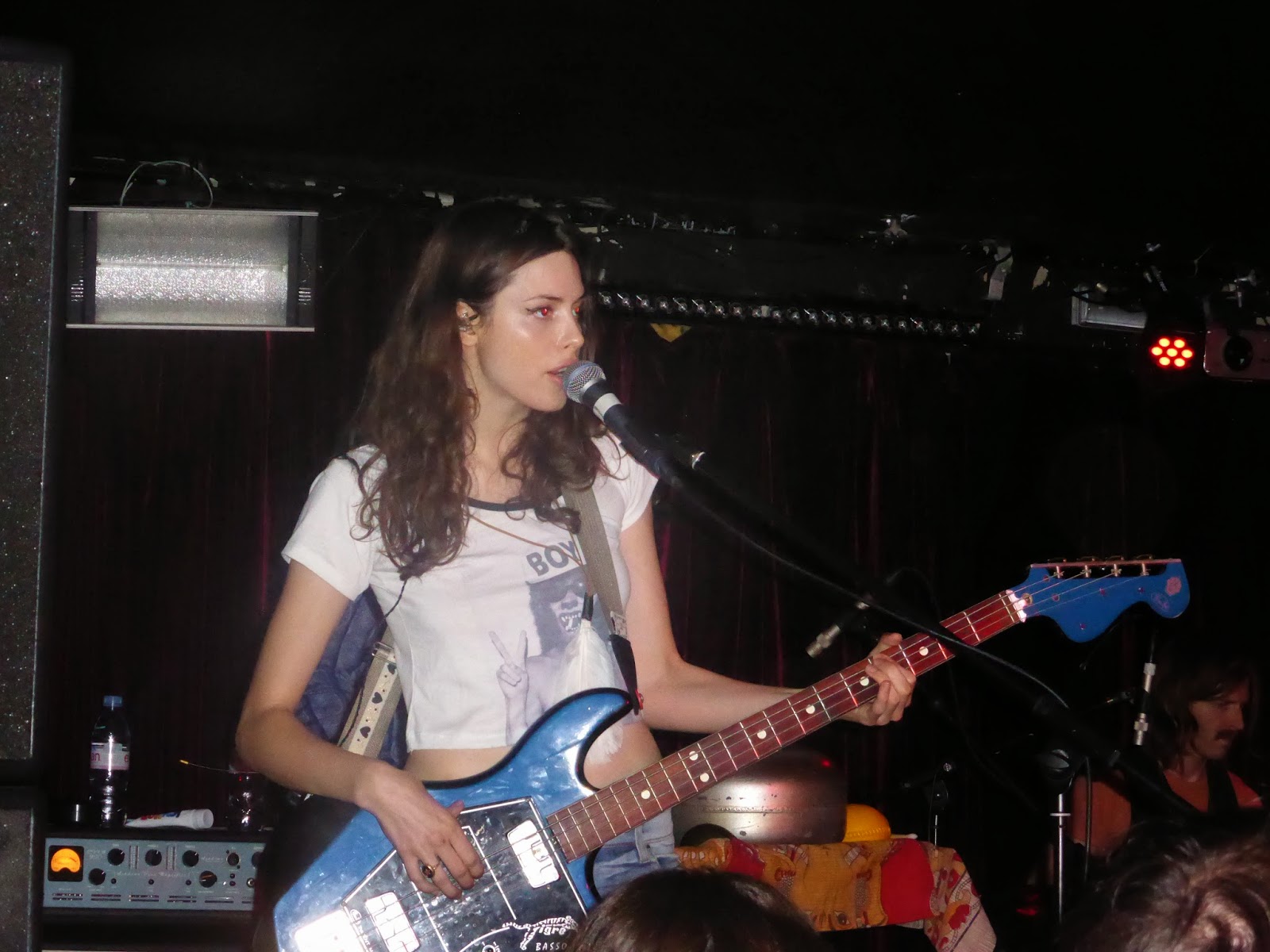 The Ghost Of A Saber Tooth Tiger have been around a while now and have just released their third album Midnight Sun.  The core of the band is Sean Lennon and Charlotte Kemp-Muhl although they're augmented by a variety of hirsute gentlemen for the live show.

The sound they create is a swirling mix of guitar-drenched psychedelic workouts combined with moments of delicious vocal harmonies, particularly when Charlotte takes to the mic.  It's music fixated somewhere in the seventies with Sean's father's work, Peter Green's Fleetwood Mac and Pink Floyd springing immediately to mind when the guitars are at work, yet their hints of later Mac and Jefferson Airplane when the melody kicks in and Charlotte enters the fray.  The on-stage chemistry between Sean and Charlotte is tangible and it's clear this is very much a creative partnership of equals even if it's him that grabs most of the attention on stage.

The set is centred about Midnight Sun, which they feel is their debut record proper, with nine of the songs coming from that record, including an inspired cover of Peggy Lee's gypsy ballad Golden Earrings and the highlight of the set, their own seven minute psych-epic Moth To A Flame.  Quite fittingly given the obvious influences running through their own material, they conclude with a cover of Syd Barrett's Long Gone, the title track of their tour EP.

For a man who grew up as the son of one of the greatest songwriters of all time, Lennon is incredibly humble, he jokes about being called names at school, plays up the Manchester Liverpool rivalry for comic effect and takes time out to explain some of the songs to us and is modestly surprised and honoured by the ecstatic reception he gets.

Email ThisBlogThis!Share to TwitterShare to FacebookShare to Pinterest
Labels: Purple Heart Parade, The Ghost Of A Saber Tooth Tiger