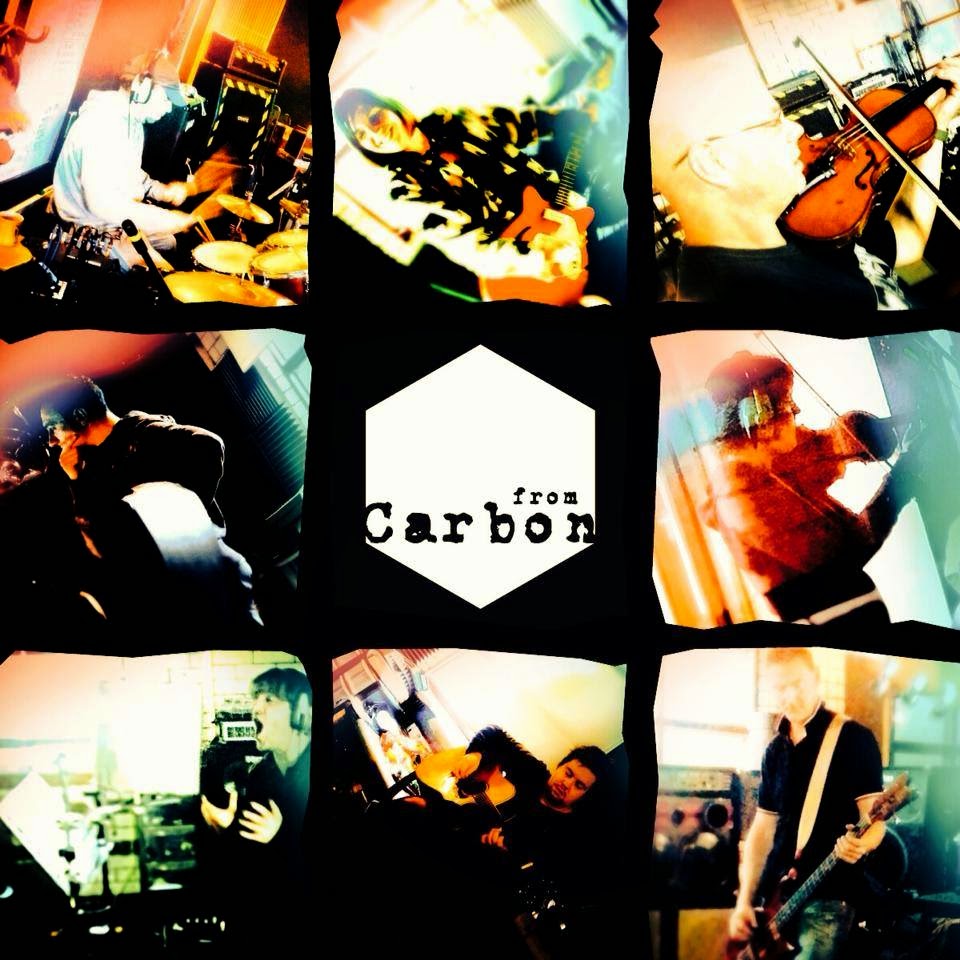 From Carbon are a four-piece band from Manchester that are due to release their debut album Wealth at the end of November.  Ahead of that we had a listen to some of their demos and were suitably impressed.

From Carbon are Scott Jeffreys on vocals and guitar, Gray Shaw on bass and backing vocals, Jason Drummond (aka Nut) on drums and Adam Smethurst on lead guitar.  They've recently revealed an early mix of Darkness, which will be one of the songs on their debut LP which they launch with a show at Manchester's Deaf Institute on November 22nd, pretty impressive for a band that's only been together just over a year.


We've been lucky enough to hear a few tracks from the album.  The one they've revealed publicly is Darkness, a confident accomplished radio-friendly slab of guitar rock driven by Adam and Scott's dual guitar onslaught and is a perfect introduction to the band.

However, the other tracks we've heard demonstrate the benefits of their studio jamming approach to writing songs and there's much more variety to their sound than most bands a year into their career and still searching theirs. Everything Is Control and Berlin are more stripped back and allow each instrumentalist room to breathe and make their mark on the songs without nullifying Scott's impassioned, slightly dark vocals.

Scott explained to us the origins of the name "The band name was chosen because we felt it described us pretty well we were formed from the ashes of our previous bands One And A Zero, Ten Acre and Dear Superstar and it was from the idea that pretty much everything we can touch and feel  is 'made from carbon'. But then it also could be that we had our first gig booked and we needed a band name quickly and we rehearse at Chris Oliver's Carbon Rooms Studio and we thought From The Carbon Rooms was a bit of a mouthful. I'll let the audience decide which story is the truth."

Wealth will be released in late November - tickets for the launch gig at the Deaf Institute are available from the following link.