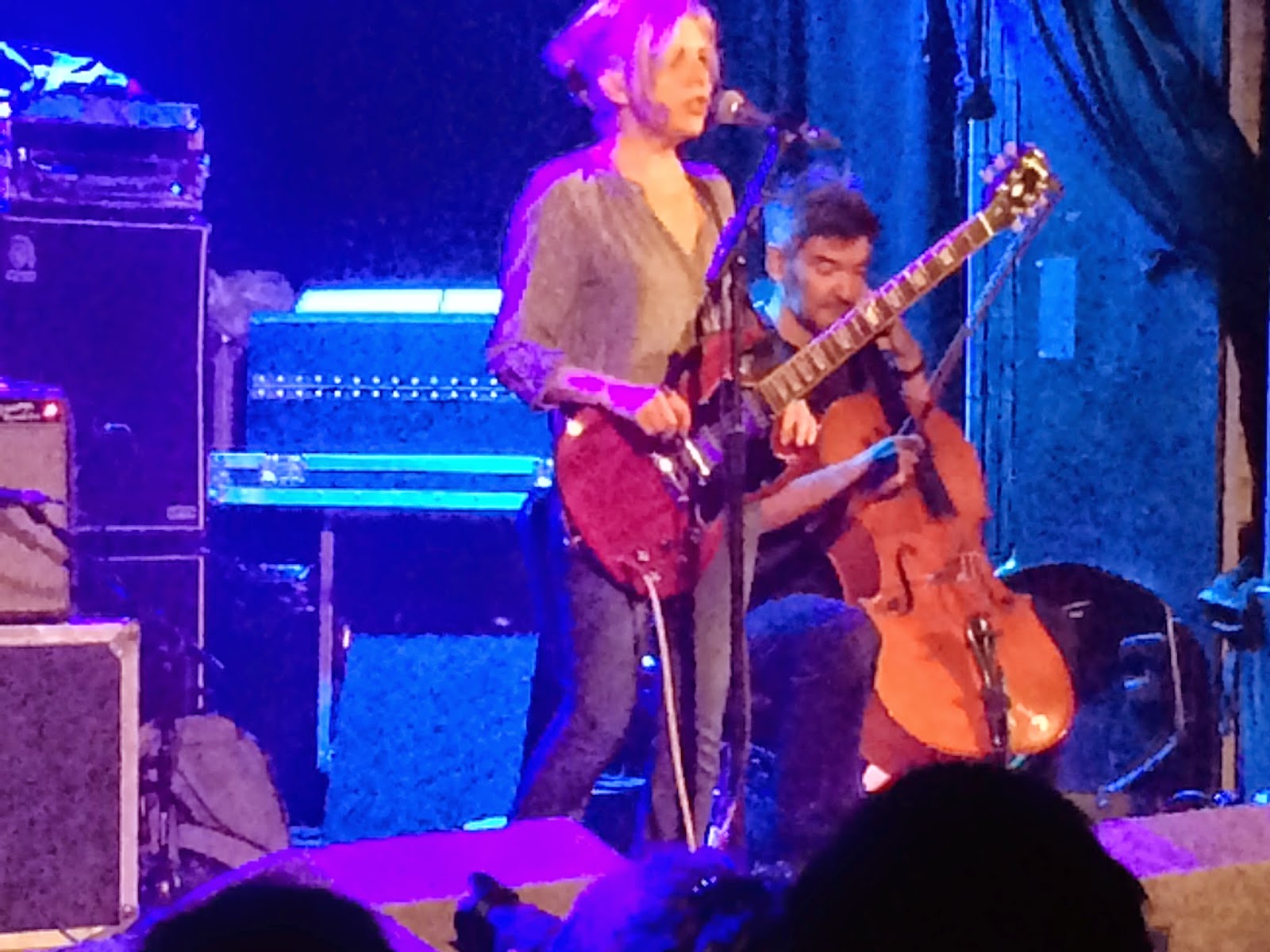 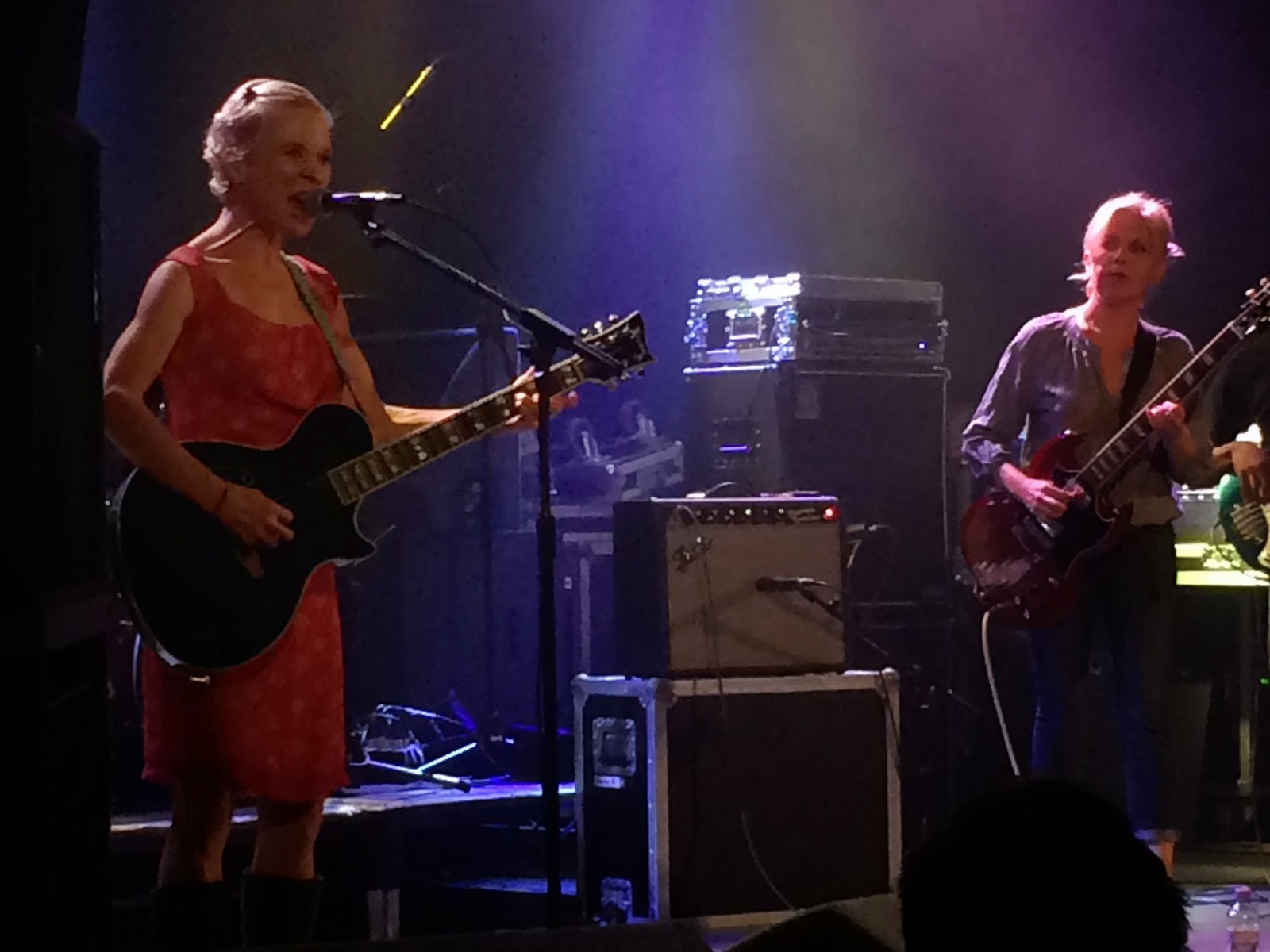 It's a tour most hardcore UK Throwing Muses fans have waited a quarter of a century for - Tanya Donelly reunited with Kristin Hersh on stage for the first time playing some of the songs that made them possibly the most powerful and inventive female-fronted band of the late 1980s.  We went along to Manchester Academy 2 to witness this special moment.

It feels like a lifetime, Tanya says ten years, since we saw her on these shores.  Until recently, she's been pretty inactive musically save for a few gigs close to home in Massachusetts, but in the past year, she's released five EPs worth of material under her Swan Song series. 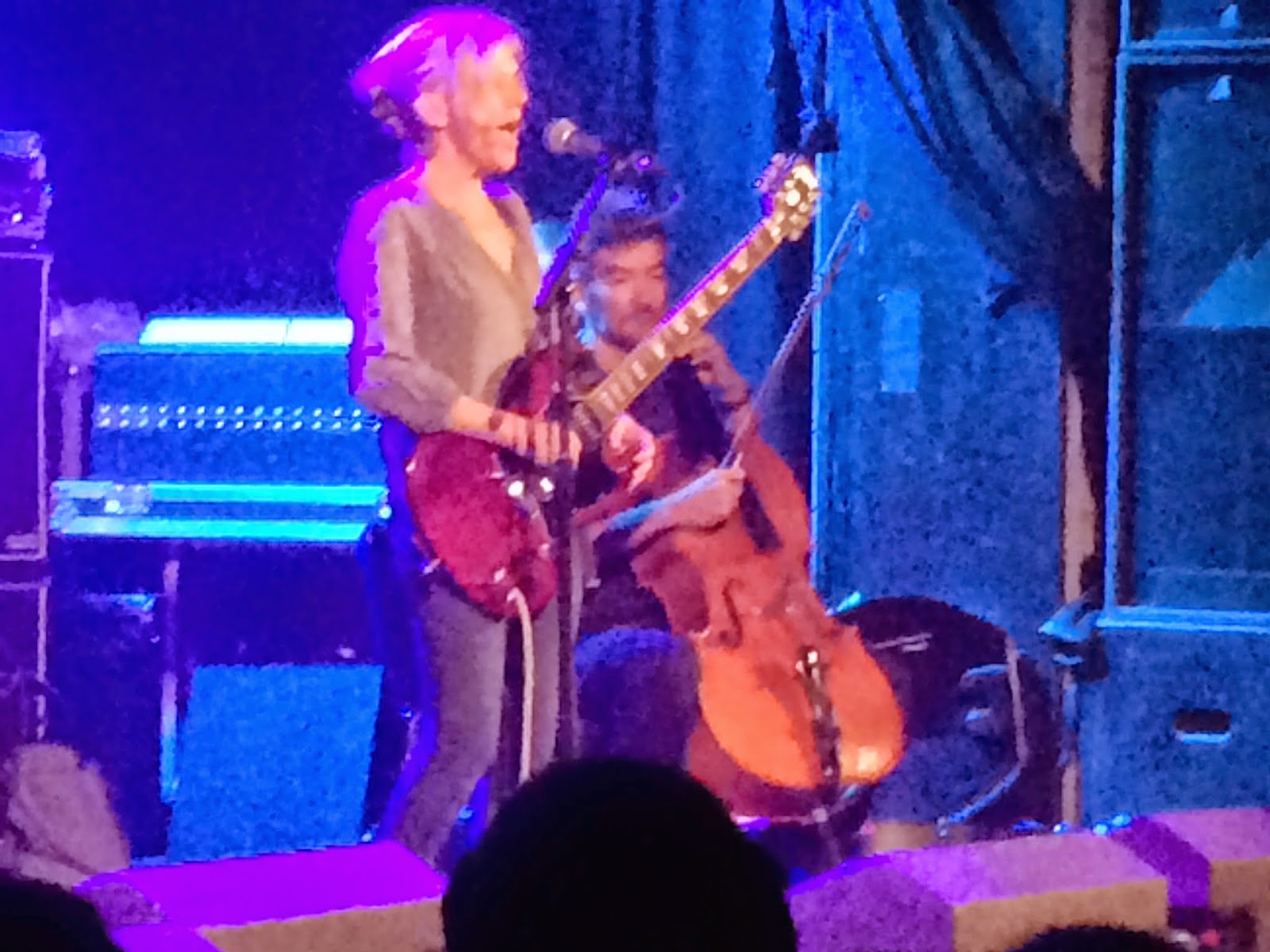 She opens with two songs from the series - Mary Magdalene and The Great Sky and Mass Ave - and a third, Snowgoose And Me, is introduced mid-set. It's immediately clear that her song-writing prowess hasn't diminished over time and neither has the unique soaring voice that came into its own once she left the Muses, spent a time with Breeders, before breaking out fronting Belly.  The audience, unusually for the Academy buildings, is silenced and joined in listening, watching and falling ever so slightly back in love with her.

Of course, it's those Belly songs that the majority of the audience want to hear, and, although we're not given the two best-known tracks (Feed The Tree and Gepetto), there's enough to satisfy those craving those songs for the first time in two decades.

Despite the intriguing set up of two guitars, bass and a cello and percussion only coming from a stomp box, the three songs from Star (Low Red Moon, Dusted and Slow Dog) and Red from its follow up King have aged beautifully and Tanya's voice shows no signs of age.  Close your eyes and it's 1995 again, less Gail Greenwood prowling the stage.

Other than the three new songs, Sliding And Diving is the sole representative of her under-appreciated post-Belly career.  It's one of the highlights of Lovesongs For Underdogs, her exquisite first solo album.  We also get Honeychain, one of the few Throwing Muses songs that she sang lead vocals on, taken from The Real Ramona.

Tanya's on good form, apologising for inadvertently spitting when reaching the high notes, constantly smiling and it feels like she's rediscovering the joy of being up there on stage with these songs.  Hopefully it won't be another decade before we see her back here. 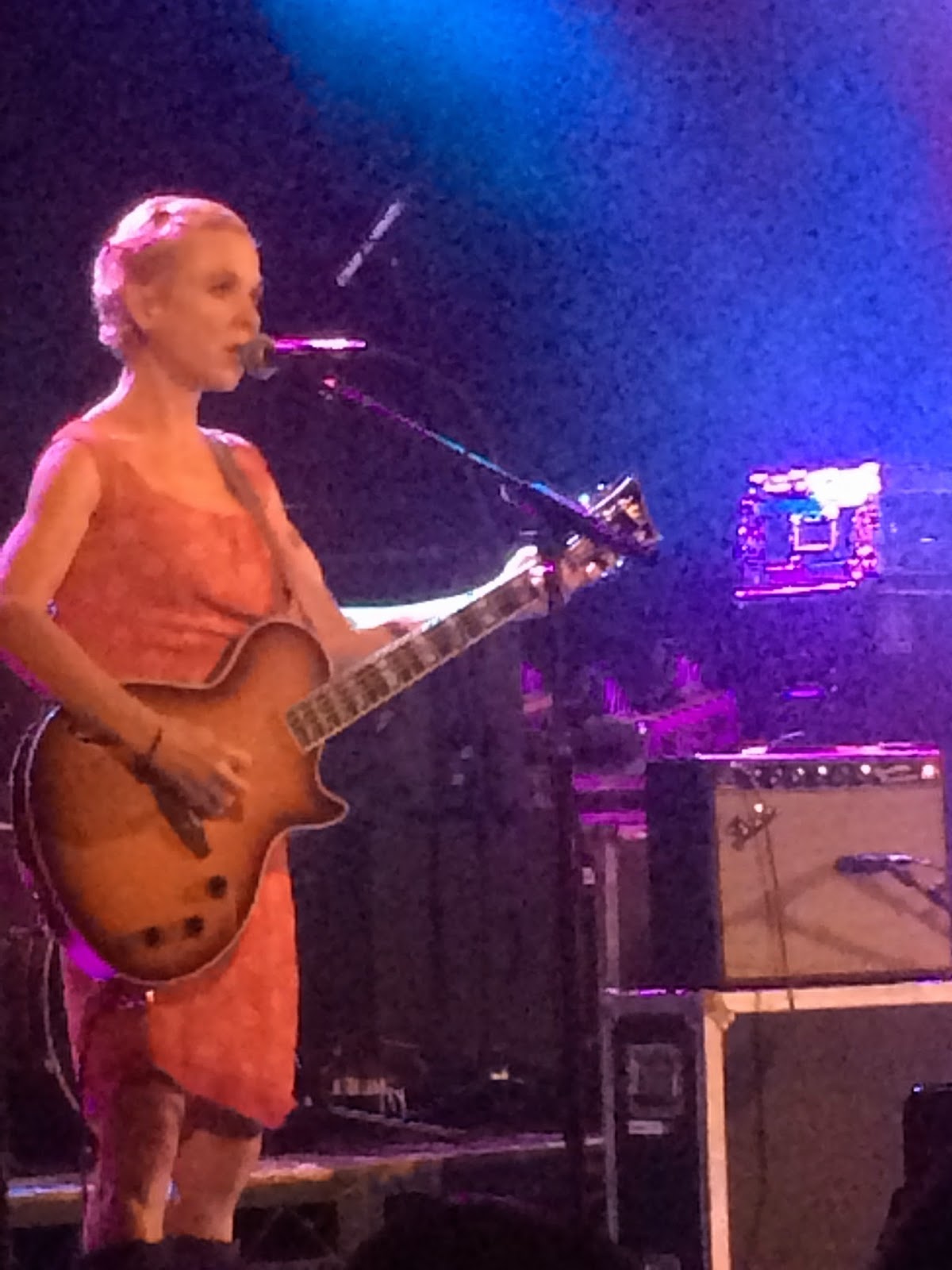 It's a tough act for the Muses to follow, not helped by the fact that to accommodate the later part of the set incorporating Tanya that the first half is from their recent dark double album Purgatory / Paradise (plus Mississippi Kite, the opening song on her 2010 solo album Crooked).  It's a record that takes time to integrate yourself into, but is ultimately worth that once you've immersed yourself in it.

This makes for a very stark contrast between the first and second halves of the set.  Fuzzy guitars with the volume turned up to nine make it difficult listening, a journey into the darkest recesses of Kristin's mind.  As ever she looks completely lost in the moment the minute a song starts, staring into the distance with that rotation of her head that's uniquely her.  It's a very public catharsis and they're as utterly compelling live as they've always been.

The Muses have always been more than just Kristin though, otherwise Purgatory/Paradise would have been labelled a solo album.  Dave Narcizo is one of the most under-rated drummers out there, tight, rhythmic, dictating the pace and direction of the songs, whilst Bernard Georges' bass provides the shades of light to them.  The noise they make is pretty formidable and, give them their due, the crowd get into it and give it the respect and attention it deserves.

After nine songs, Tanya almost sneaks on stage and plugs in and we get five songs spread across the period Tanya was an integral part of the Muses to close the main set.  She sings Green from the self-titled debut album and provides backing vocals and her guitar expands the sound on The Fat Skier's You Cage, Hunkpapa's Devil's Roof and The Real Ramona's Red Shoes and set-closer Say Goodbye.

The encores feature three songs from their most accessible period, sadly without Tanya.  1997 single Shark from Limbo is a sub-three minute alternative-radio-friendly hit-and-run without losing that dark foreboding that is carved through their best work.  Bright Yellow Gun, the song that saw them on The Word for god's sake, is stretched out to over five minutes as is the stop-start-stop manic Pearl from the first post-Tanya album Red Heaven.

There's a sense of disappointment in parts of the crowd that we don't see Tanya for the encore and that the set comes in at just over an hour, but it's a minor one as they pretty much touch all bases of the Muses three-decade story whilst introducing much of the crowd to their latest work.

Throwing Muses are just as unique and vital as they've ever been.  Go and see them on the rest of the tour if you can as you never know when they'll be back.

Her Swansong series featuring five EPs of new material, plus a bonus set of the demos for Belly's Star with EP 4, can be found on her Bandcamp page.