TRACK OF THE DAY : Lanterns On The Lake - Every Atom 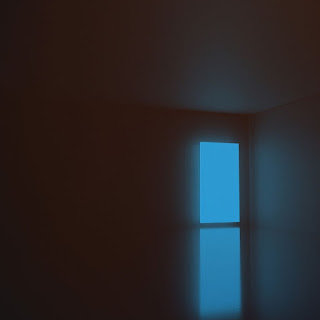 Lanterns On The Lake return with a new single Every Atom, their first new studio material since 2015's Beings and the lead track from their fourth album Spook The Herd that is released via Bella Union in February 2020.

The single had been previewed at a few low-key Hazel Wilde solo shows including her support slot with Mercury Rev at Gateshead Sage in July 2017 and on their shows with James in May 2018 on their Living In Extraordinary Times tour.

The studio version captures perfectly the desolate feeling of searching for someone or something you know in your head that you've lost, but which you still hold out hope of somehow finding again - "if I have to split every atom, just to find a trace of you, that's what I'll do" is sung with resignation, but also feels like it's the only way to escape and move on. It's set to typically dramatic Lanterns On The Lake instrumentation, a mix of simple structures and unusual sounds that create a real tension that captures the mood of the lyrics and enhances them.

Hazel describes the song "This is a song about grief and how your subconscious takes a long time to accept when someone is dead and gone forever, even when the rational side of you understands it. I put that idea into a story where the narrator is my subconscious searching for someone in this dream-like fictional world. I go to the extremes to search for even just a trace of them… through all of space and time, splitting every atom, ‘until Andromeda and the Milky Way collide’. I won’t give up. I can’t let go."