TRACK OF THE DAY 2 : Neon Waltz - All In Good Time 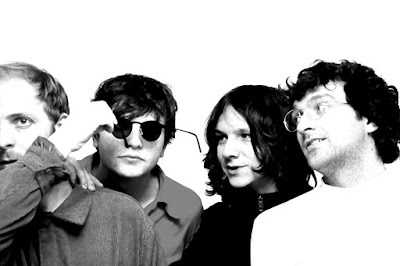 Neon Waltz return with a new single All In Good Time, recorded live with the full band at Freswick Castle in Scotland during their recent recording sessions ahead of their forthcoming UK tour and the release of a new EP early in 2020.

The song as it's shown here is very different to how it was originally intended and showcases Jordan on piano as well as his distinctive rich expressive vocals that characterised both their Strange Hymns album and subsequent Bring Me To Light and Friends Who Lost Control EPs.

Jordan explains :“It's a very personal song and a track that we had planned to record in a more stripped back fashion. We were in the middle of two weeks writing in Freswick Castle and decided to try it with the full band when we had a break from other tunes. We had a bit of fun and after three or four takes a pretty heartbreaking song turned into something more uplifting, and as we were set up to record demos anyway, we decided to video the session as well."

“The label loved it and we liked that they were keen to release the track quickly so we're excited to see what people think of the track. I think we'll still record the song as was originally intended, hopefully it'll give people an idea of how songs can take on a totally different life once it’s gone through the band process.”

Our interview with them from earlier in the year can be found here.