TRACK OF THE DAY : The Maitlands - Flotsam and Jetsam 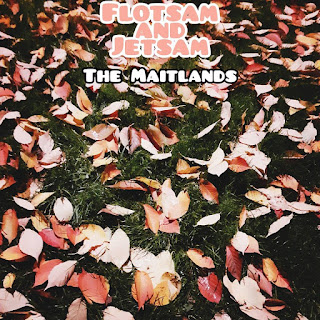 Flotsam and Jetsam is the new single from the surprisingly prolific The Maitlands, another track to add to their impressive 2019 output. Clocking it at less than three minutes, the song features the charismatic vocals of their lead singer Carl Ingram over a track full of jagged guitars that refuse to stand still for more than a few seconds.

Carl told us about the origins of the song - "I wrote this mainly while on holiday in Filey recently about my adventures in Scarborough and Filey (apart from the line about a plastic chair at the back of a disco I found, that was in Llandudno) A lot of the lyrics are about my childhood, for example my Dad attempting to park up the boat on the island in the middle of Peasholm Park, the boat tipped and we ended up under the boat. And other lyrics are recent observations - there is a shop that literally sells old rope."