TRACK OF THE DAY : Rews - Birdsong 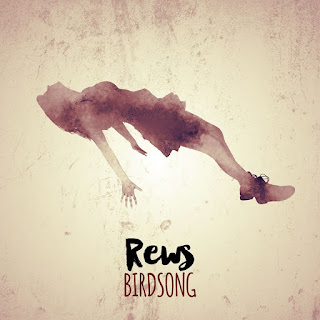 Birdsong is the first new material from Rews since the departure of drummer Collette earlier this year and the release of their debut album Pyro back in 2018. It retains the high-energy of the debut with Shauna at the helm and is accompanied by a live performance video.

The powerful messages that were contained in Pyro are very much still in evidence as Shauna explains "In this new chapter of REWS, I am keen to use music to empower people to be the best versions of themselves and to know that along the journey of life and improving ourselves, we will encounter obstacles along the path which will be challenging, emotional and sometimes feel impossible to overcome, but like the new chorus chants, I encourage you all to 'spread your wings and fly, (with) no weight pulling you down!'  Here's to the next chapter!"

Birdsong is likely to appear on Rews' second album due out next year which has just finished being recorded. A UK tour has been announced for Spring calling at Glasgow King Tut's Wah Wah Hut (March 11), Leeds Key Club (12), Manchester Night People (13), Nottingham Bodega (14), London Camden Assembly (19), Norwich Waterfront Studio (20), Birmingham O2 Institute (21), Bristol The Exchange (26) and Southampton Joiners (27). They also support The Darkness in November and December this year.