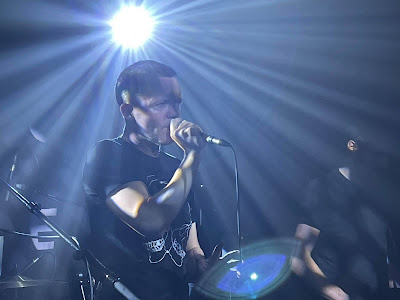 The Slow Readers Club made a triumphant return to Hebden Bridge Trades Club on Sunday night for their first headline show since February 2020 as part of the Passport : Back To Our Roots series of gigs to raise funds for grassroots venues. A career-spanning set including new single Tell No Lies delighted a mix of hardcore fans and competition winners.
Like many bands, the pandemic cut The Slow Readers Club off just as they were about to embark on their biggest UK tour venue-wise, which kicks off finally, fingers crossed, on Saturday in Sheffield. They were also just about to hit the top ten of the album charts with The Joy Of The Return, but circumstances meant their momentum then ground to a shuddering halt. They regrouped and wrote another album, 91 Days In Isolation, remotely and recorded it last summer when the world partly opened up again and have continued to write, recently releasing a new single Tell No Lies. But it's live where they made their name, built the dedicated following that has taken them to their hearts, wearing their name across their chests and making the "READERS" chant that Chris Hawkins references in his introduction a ubiquitous feature of not just their gigs. 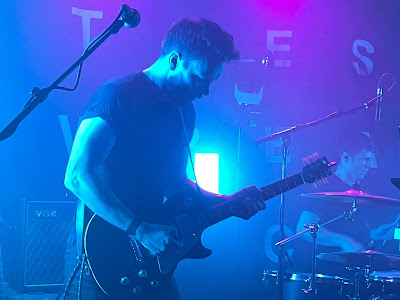 They now have an embarrassment of riches when choosing a setlist for a gig with five albums under their belt and tonight's seventeen song set feels like a greatest hits one, each song sung back with gusto, each one someone in the room's personal favourite. The likes of Block Out The Sun and Feet On Fire from their debut sit comfortably surrounded by Two Minutes Hate and Everything I Own off 91 Days and the debut performance of Tell No Lies, which fits seamlessly into the set as if it's always been there. It's something that's been central to their success - they write songs, and have done way before they achieved wider recognition, that unify and talk to people with a reassurance that others have the same issues and problems going on in their head and you're not alone. When the room sings along at the end to "hard to find a fit because I know that I'm a lunatic" it feels like a communal confession. 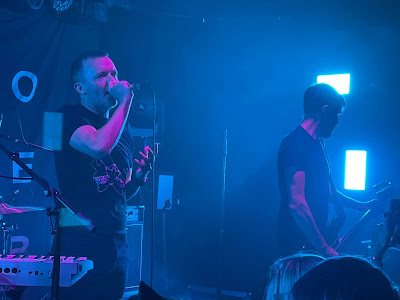 For a band that's not played a headline show for eighteen months they're incredibly tight, testament to the time that they've been given to spend without an audience to perfect these songs (and decide which ones to play). Aaron's voice sounds stronger than ever, despite his modesty about it half way through as he talks about it being the first time he's had to sing for so long. Jim and Dave's rhythm section is tight, taut and provides the foundations for these songs, while Kurt's backing vocals give these songs the lift at the right moment, taking them into the anthemic territory that, despite Aaron commenting on their intensity when introducing Jericho as a brighter moment, is uplifting and celebratory. And tonight feels like just that - a celebration of coming out the other side with the promise of better times to come.
The Slow Readers Club played Fool For Your Philosophy, You Opened Up My Heart, Plant The Seed, The Wait, Two Minutes Hate, Problem Child, Killing Me, Forever In Your Debt, All I Hear, Jericho, Everything I Own, Block Out The Sun, Feet On Fire, I Saw A Ghost, Tell No Lies, On The TV and Lunatic.