TRACK OF THE DAY 1 : Ist Ist - It Stops Where It Starts 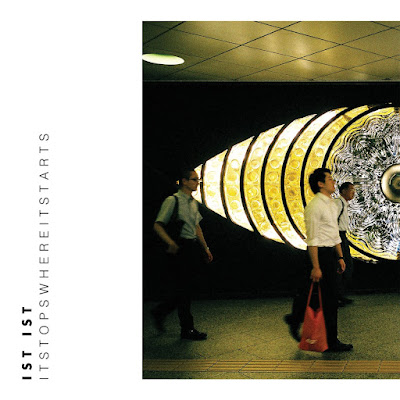 Ist Ist have today revealed It Stops Where It Starts, the first track to be taken from their forthcoming second album The Art Of Lying, released on a limited edition 7" single, streaming and download and accompanied by a video that might surprise long-term watchers of the band.

The single captures everything that has won Ist Ist admirers both at home and abroad, where their Spotify following has grown in places like Netherlands, Germany, Portugal and North America through word of mouth, organic promotion and self-produced live releases. Yet it also marks a progression from their debut album Architecture. Ist Ist have on The Art Of Lying opened themselves up, turned the often introverted nature of the songs into something more accessible and instant - and It Stops Where It Starts, already a live favourite, is the first public reveal of that.

In a move away from the striking monochrome imagery of their debut Architecture and the accompanying set of videos, It Stops Where It Starts is accompanied by a video that sees the band covered in glorious technicolour. This is also reflected in the album's artwork - the Eye Of Shinjuku in a Tokyo metro station - as well as that of the limited edition 7" single that accompanies the release. The single and album are, like Architecture, produced by Michael Whalley of Gravediggers Union and mixed by Greg Caibi in New York, whose impressive CV lists the likes of The National, David Bowie and Arcade Fire.

The Art Of Lying is released on November 26 on black and cobalt blue vinyl, CD and cassette and can be ordered via their website.