TRACK OF THE DAY : The Red Stains - Smile 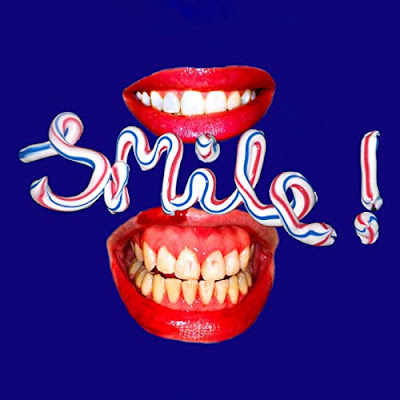 The Red Stains return with their third single Smile!, a caustic biting retort at those who tell women to smile set to the musical chaos we've come to expect from the fledgling four-piece. It's a single that shows them finding their feet more as a band whilst retaining their unique sound and personality.
"You'll either really love The Red Stains or despise them with a passion" was a statement we made way back in November 2019 as the formative band played their early shows and with Smile! we see that as valid as ever. Their provocative stance and refusal to stay silent on the way women are perceived and expected to behave is written large over this single - the chorus challenges old stereotypes of the role of the woman in society as Natalie rolls off a list of things expected of the perfect dutiful housewife of olden times - "Have you put the washing on the line? Have you scrubbed the dishes to a perfect shine? Have you arranged the flowers just right? Have you smiled for the cameras? Smile! Smile! Smile! Smile! You’re on trial!"
Musically it's more groove-based than previous singles Freezer Jesus and Mannequin, a sign of their growing confidence and togetherness as a band and a sign that they're likely to be here, like their sisters-in-arms Loose Articles, for the long term - as a relatively recent addition to their setlist live it's an indication of where they are moving.