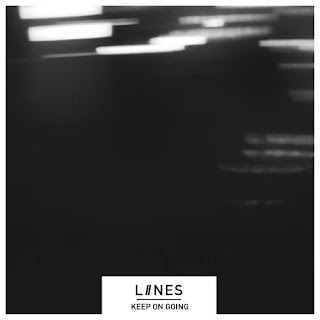 LIINES return with a new single, Keep On Going, already an established live favourite, taken from their disrupted recording sessions from their second album. The single precedes a couple of headline dates in Manchester and London as well as festival appearances in September.

The three-piece have been long-time favourites of Even The Stars, back to stumbling across them with our dearly departed friend John Hall on a dark wet December evening back in 2014. Keep On Going distills everything we love about them - Leila's urgent insistent drums, tight as hell, driving rhythms and the song along at breakneck speed, Zoe's breathless vocals that demand your attention and your ear and bass that feels so effortless given the exertions of the other two but which is just as essential to their sound. There's no frills or fuss or surprises, just straight-forward brilliant rock music and the world needs more of that right now.