TRACK OF THE DAY : Hey Bulldog - The People That You Know 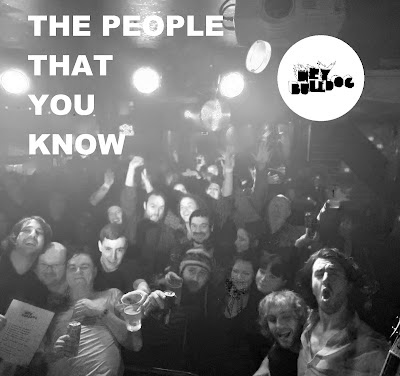 Hey Bulldog today release The People That You Know, their most instant single to date, a song about celebrating the people that you go out with, who make you feel part of a scene and the person that you are. It's accompanied by a video made of Manchester gig footage from the Mancmusic Youtube channel of our mutual friend John Hall. It serves as a perfect reminder of the joy of live music and being in a crowd of like-minded people, an embodiment of what the song is about and as a tribute to our departed friend.

Hey Bulldog's front man Rob Manton explained a little more about the track and the video - "We first started playing The People That You Know live in December 2019, and spent what time we could during lockdown refining it. With the bassline and synth riff it’s the most dance or groove oriented song we’ve done so lyrically that lent itself to being a song about going out with your friends and have some of the best times of your life, which back in 2019 you could do!

Shortly before going in to the studio in the summer to record the track we got the sad news one of our close friends John Hall was terminally ill so it seemed right he got a mention in the song.  When it came to making a video for the song Matt had the idea to make a video reflecting what the song was about by making it all from John’s YouTube footage of ourselves and our friends at gigs.

The song itself or the video isn’t a direct tribute to John but they are a direct example of everything John loved and literally lived and died for.  Without John Hall’s love for the local Manchester music scene and the friendships and community he created around it neither the song or the video would exist. Like John said it’s about music, friends, family and having a fucking good time!"

Hey Bulldog's official site can be found here and they are on Facebook and Twitter.
They play London Shackwell Arms with The Telescopes tonight (September 17) and Manchester Castle Hotel with La Mode on October 7.
___________________________
Follow Even The Stars on Twitter at @eventhestarsuk and like our Facebook page for all the latest updates
Posted by Even The Stars at 13:17