Former Geneva frontman Andrew Montgomery has released his splendid debut solo album Ruled By Dreams this week.  We caught up with him to find out what he's been up to in the intervening years and why now is the right time for him to release the album.

People will most likely remember you as the lead singer of Geneva.  What have you been doing in the years since they split?

Real life got in the way! I tried to get my music back on track, and the band Amityville, which I formed in 2003 with Stuart Peck, was proof of that, but in the end, although I'm ruled by dreams, it's hard to eat your dreams! I had to make a living, so a day-job took over, and started to take over my time, and music took a bit of a backseat for a while. I also managed to fall in love, get married and then divorced, live in New York City (twice), teach English as a Foreign Language in Las Palmas de Gran Canaria and fall in love all over again (this time with a lovely Swedish girl who lives in Stockholm) - so it's been eventful!

Why release an album in 2014 after so long out of the business?

Well, I did think that I’d never get the chance again, but Sean McGhee who produced and co-wrote this record, got in touch via myspace (remember that?) and said he wanted to work with me. We started writing songs in amongst personal stuff and Sean's commitments with Artmagic, the band with Richard Oakes from Suede, who’s on my album too, and we finally planted the flag in the ground in 2013. Then it was about organising the release, under our own steam.

And, you know, why not?! It’s easier than ever to cut your own record and put it out there (it’s hard work, of course, but logistically it’s not impossible). Plus I still feel creative, I still want to write and enjoy writing songs, and hopefully people will like what they hear, though if the police break down my door and cart me off to jail for crimes against music, I'll take the hint...

Also, there were lots of great people on social media who kept asking me when I was going to bring out a new record and that inspired me not to give up.


Most of the instruments on the album are played by Sean and he also produced the album. Who is he?

He's my ‘Seangali’! Sean is a producer/performer/songwriter who's worked with people like Guy Sigsworth on projects such as Alanis Morrissette, Britney Spears and also worked with Alison Moyet, Robyn, Rizzle Kicks and others.

He's a real force of nature and a force for good. He was a fan of my voice, who throughout has encouraged me to make myself heard and his input on the creative and practical levels has been key to this whole project. I owe him more than I can ever repay. And I guess I must thank myspace too!

Press comments about the record refer to Rufus Wainwright, Jeff Buckley and Smokey Robinson. Who are your musical heroes and influences?

That's very nice but I wouldn't dream of making such comparisons. I love all of those voices of course and so many more bands, singers. Right now I love Susanne Sundfor's voice and songwriting – a major talent.

My building blocks for my singing were my Mum's singing when I was small, choirs at school and church, both the Buckleys, Marvin Gaye, Aretha etc 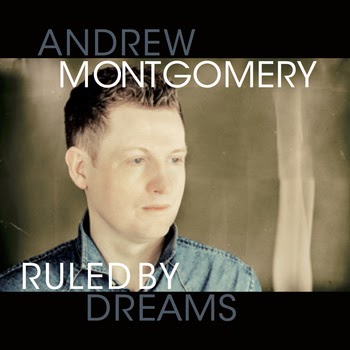 Is there a specific meaning to the title of the album Ruled By Dreams?

Yes. It’s contained in the lyrics of the title track, 'If you came back, won't change the fact, I'm ruled by dreams..'

Dreams have led me on a wandering path, music inspires me and has led me to some strange, sometimes tricky destinations, but I'll never change – it means too much to me, and maybe that's why ‘...I have left behind my lovers and friends. I have turned my back, when I should've stayed.’

What inspires you to write lyrics?  It feels like there's all your heart and soul in the songs.

Spot on, sir. It's personal experience, plus also books, films, news stories...just life through my own eyes, really, like everyone else. I need to feel it and believe it, then I'll sing it. Hopefully people are okay with that.

You're about to go out on the road and tour the album.  What can we expect from the live shows?

A celebration that I've managed to get these songs out there; a cathartic outpouring from a challenging, intense time in my life, which hopefully will resonate with others; my heart and my soul; and (I hope people will agree), a lovely big, soaring racket which makes people feel better even for a wee while.


Ruled By Dreams is out now.  A limited edition CD and a digital download can be purchased from Andrew's Bandcamp site.