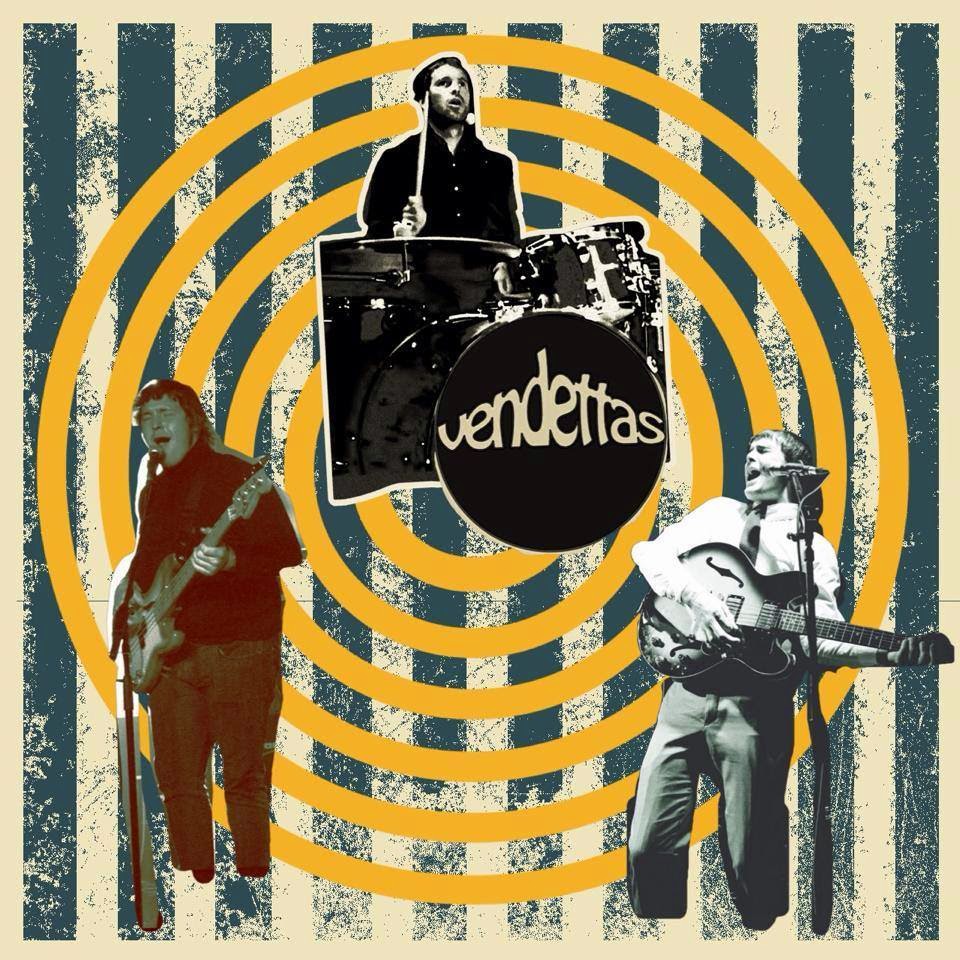 The Vendettas are a three-piece sixties inspired band that term their music as Britmod.  They are releasing a double A-side single Stuck In Your World / What You Say Girl this Saturday with a launch gig at The Wardrobe in Leeds. We found out a little more about them.


They are Luke Holdsworth on vocals and guitar, Ryan Mcilorum on bass and guitar and Robert Hough on drums.  They formed in November 2013 and since then their classic-sounding mix of Mod sensibilities and vocal harmonies all wrapped up in a sub-three minute rush of nostalgic yet contemporary guitars has made waves in their native Yorkshire.

They've won fans such as Embrace's drummer Mike Heaton, who has produced the single and secured slots supporting the likes of The View, Steve Cradock and The Family Rain as well as being picked up by Alan Raw's show on the Yorkshire version of BBC Introducing and being chosen to play on the Introducing stage at Reading and Leeds festivals.  All very impressive for a band that's still less than a year old.

The launch gig takes place on Saturday 25th October and tickets can be obtained from the band via their Twitter and Facebook pages. Support comes from Sam Neil, The Velveteens and Eternal Teenage Syndrome.

Email ThisBlogThis!Share to TwitterShare to FacebookShare to Pinterest
Labels: The Vendettas