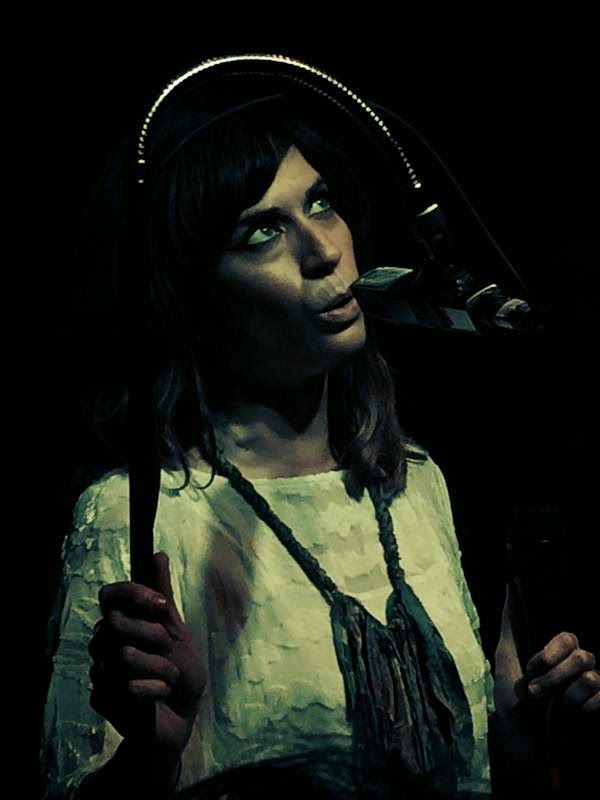 Nicole Atkins made her first trip to Manchester as a headline artist to support the release of her third album Slow Phaser.  She wowed the crowd with a set spanning those three albums and a personality and voice that enveloped the room. 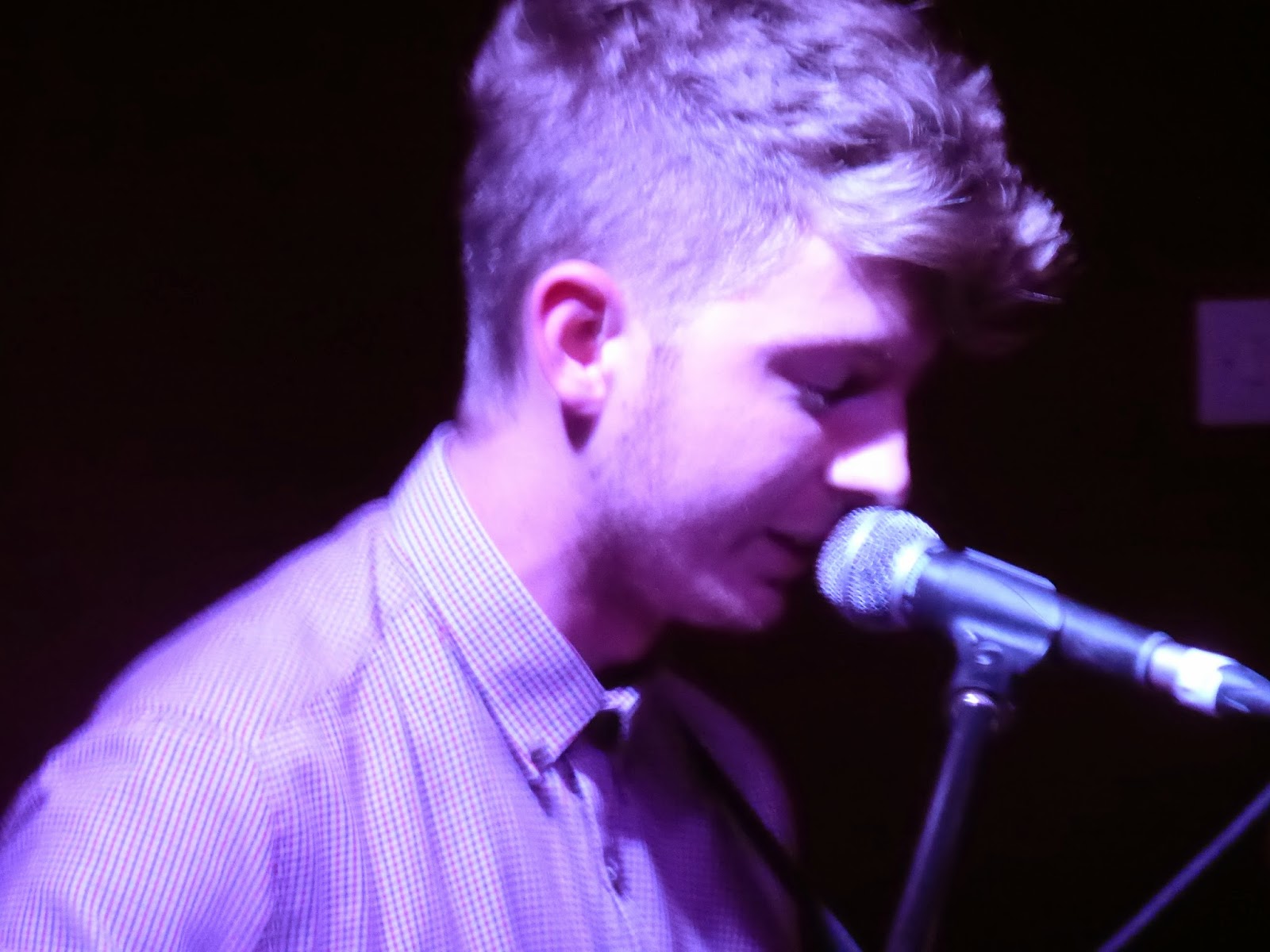 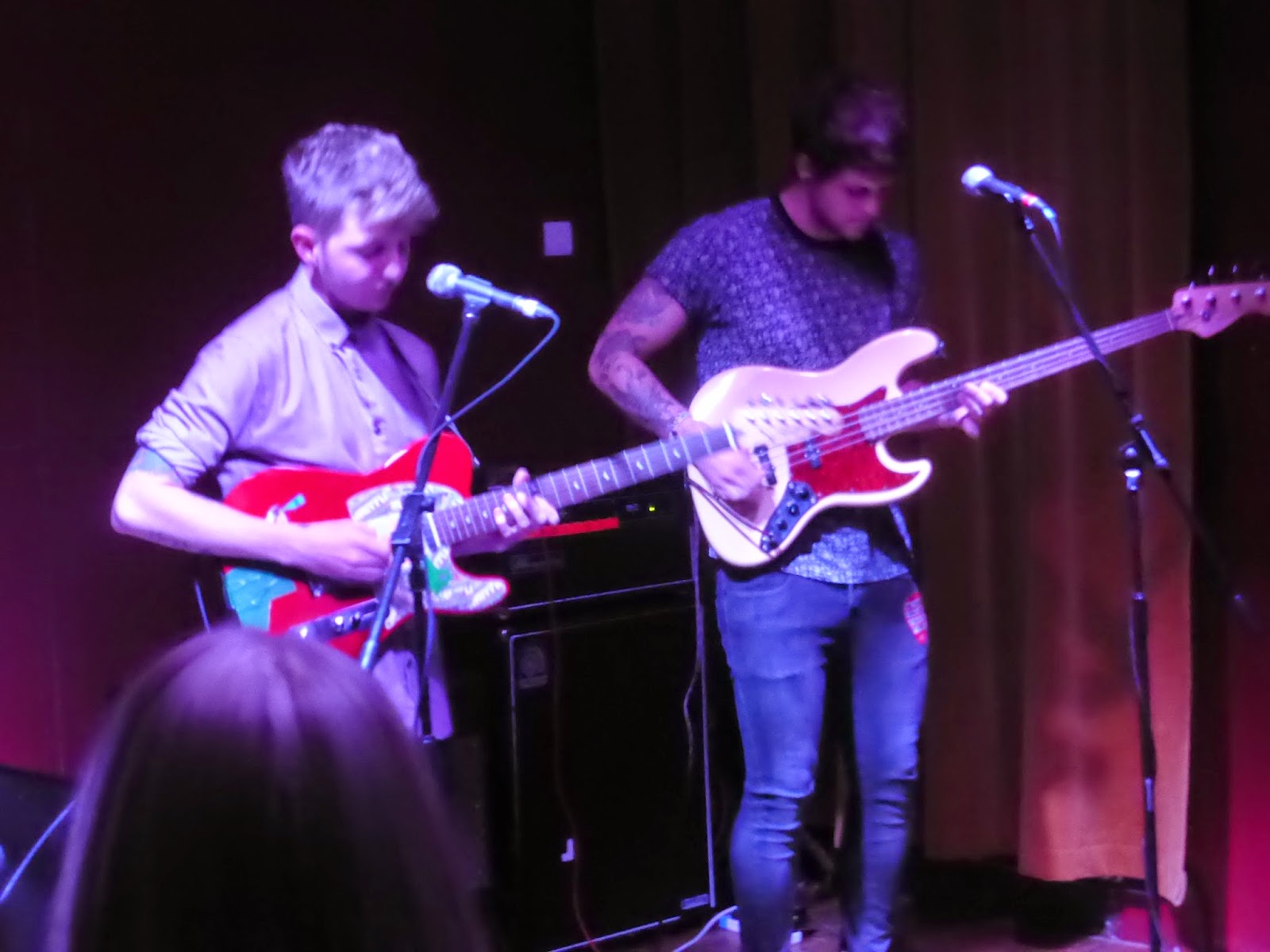 Opening up tonight are The Colours.  I didn't catch the whole of their set, but the four songs that I heard will have me looking them up online and checking them out next time they're back in Manchester.  They're a tight-sounding live outfit already and have a variety of songs ranging from Britpop-tinged indie-pop through songs that point towards The Cure and they finish with the loudest, heaviest song of their set which allows all four of them to let go, turn up the amps and create a noise their callow appearance wouldn't suggest them capable of. 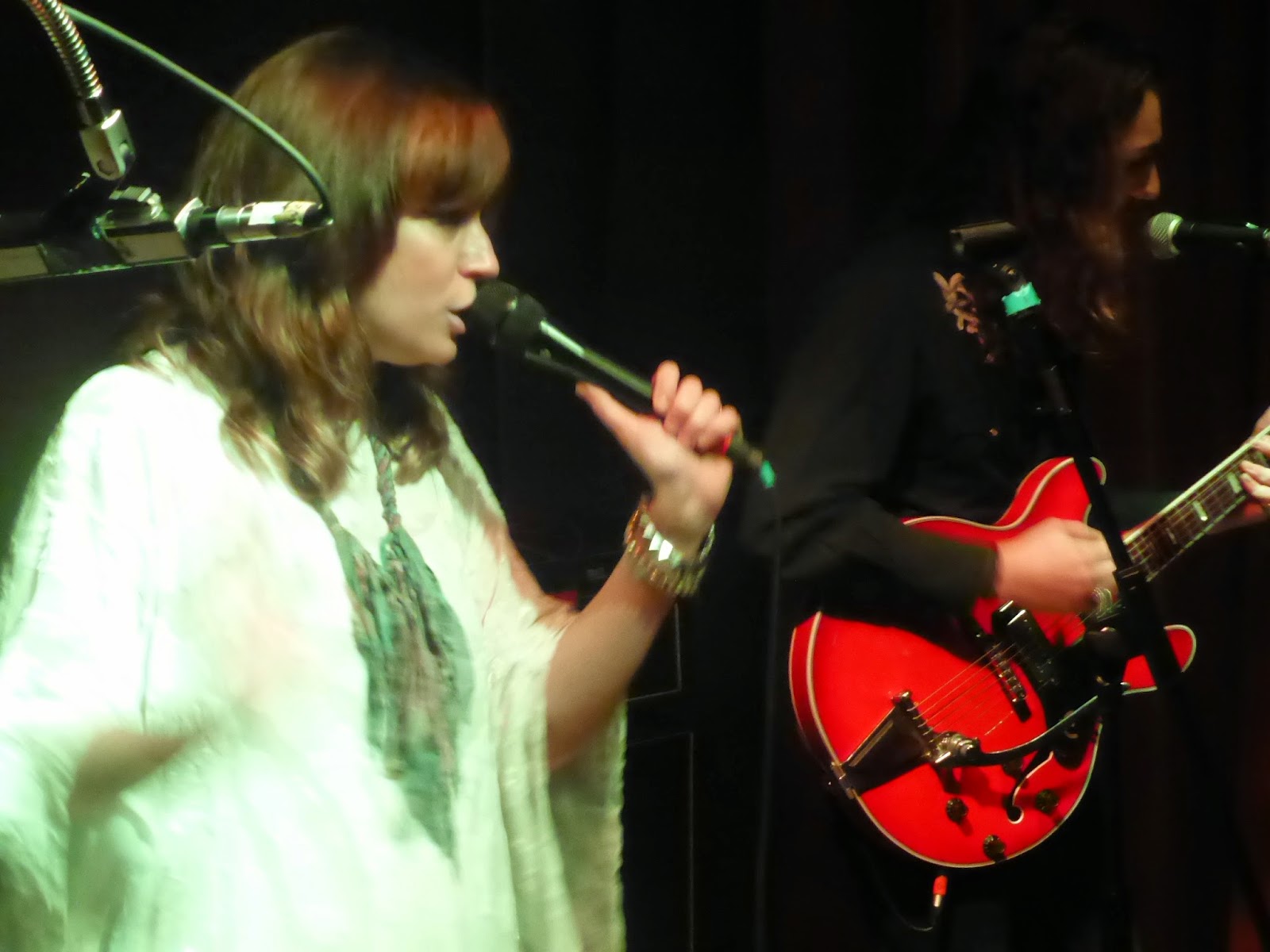 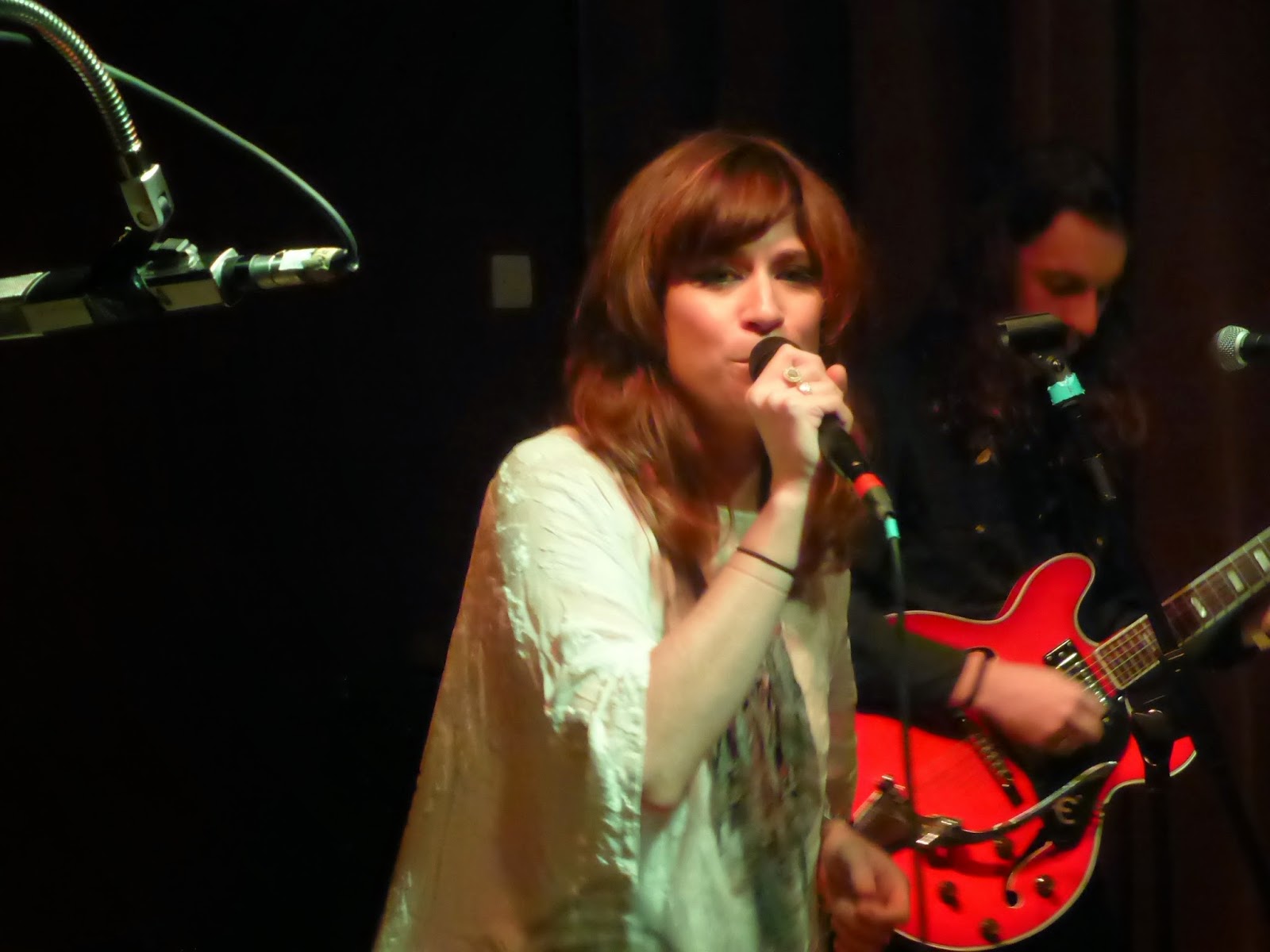 Nicole starts the gig in the crowd accompanied by only an acoustic guitar performing Neptune City. It quietens the crowd save for a few irritating camera shutter flashes and she encourages the crowd to sing along and even manages to administer a "bless you" to someone who sneezes mid line without losing track.  She's already has us charmed by the time she joins guitarist Davey and drummer Mike on stage and doesn't let us out of her grip in the hour and a quarter she's on stage.

The set covers most bases of her career with four songs from debut album Neptune City, two from Mondo Amore and six from current album Slow Phaser, although lead single (and my favourite off the record) Girl You Look Amazing is conspicuous by its absence.  We're also treated a new as-yet-unrecorded song, written with Jim Sclavunos of The Bad Seeds, entitled Gold Was My Baby and two covers - Lee Hazelwood's My Autumn's Done Come and the closing song, again acoustic in the crowd, Roy Orbison's standard Crying.

It's difficult not to be captivated by Nicole once the set starts.  Whether it's the part-banshee part-theatrical stage presence that evokes thoughts of a Kate Bush's darker, more sinister twin, her piercing green eyes that freeze you in their gaze should you make eye contact or simply the majestic drama of her songs, Nicole grips your attention and doesn't let go till she's done with you.

When It's Only Chemistry from Slow Phaser stops, starts, swoops, stops and starts again, the tension in the room is palpable, but as Mike's drums kick in and he and Davey make the noise of a six-piece with just guitar and drums, the pomp and majesty of her songs come clearly into focus. She even injects a sense of dramatic humour into the "operator, I'm dying" closing section of The Worst Hangover, slowly falling to the floor before exclaiming "I'm dead" 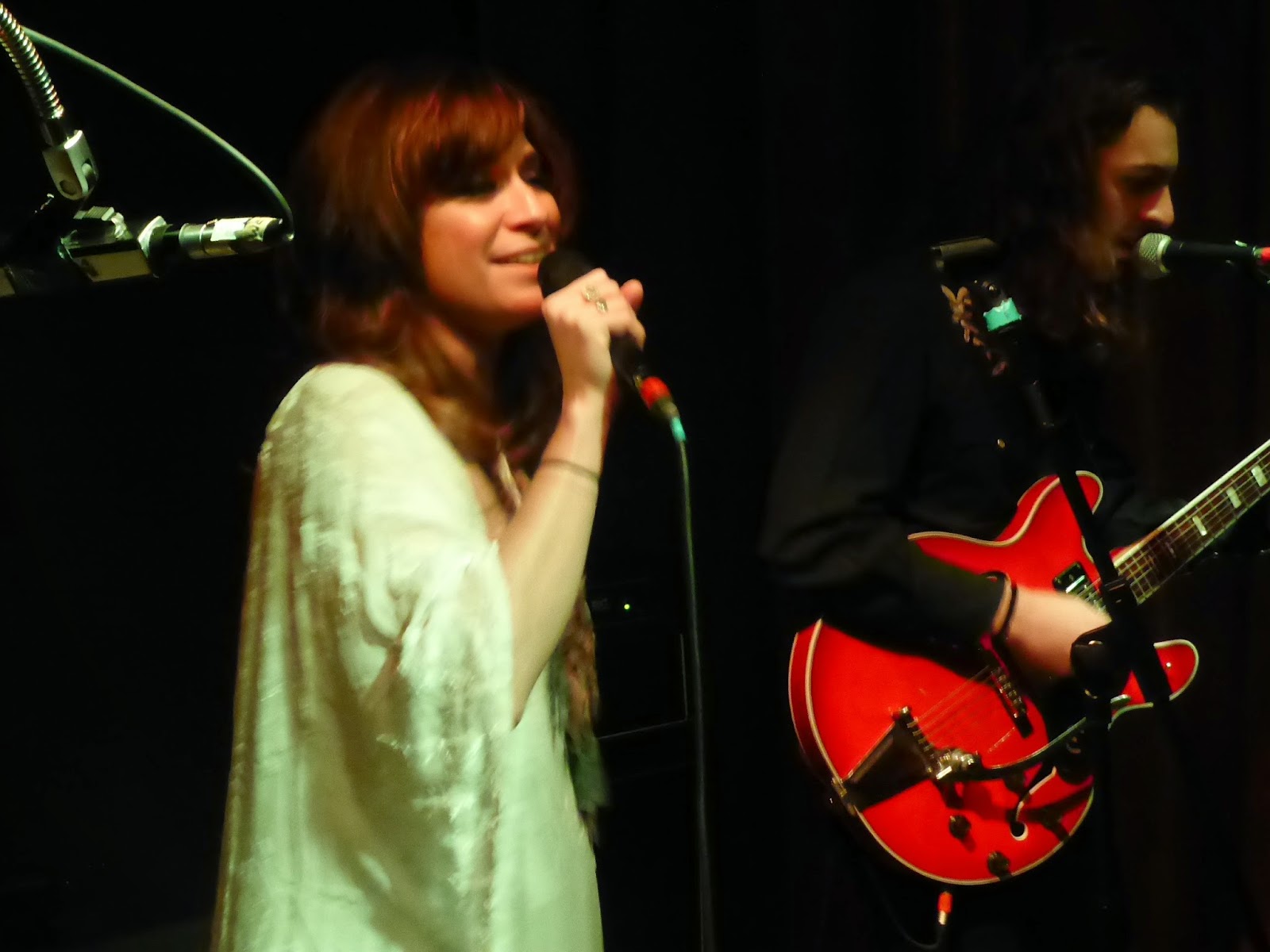 She engages with her audience throughout, insisting we sing along to the wonderfully titled I Don't Know What Country Is, But I Know What Country Was, accepting tissues from an audience member to deal with the heat in the room in the absence of towels, dragging one audience member up on stage to show off his Catfish And The Bottlemen shirt that has caught her eye and introducing a friend in the front row whose photo she has at home on her wall.

As she started, she finishes the song amongst us for an unplugged and unamped version of Roy Orbison's Crying. By the end everyone in the room is scratching their heads as to why, three albums in and with a catalogue of songs not played tonight that much lesser and much more celebrated female artists would die for, this is her first Manchester show and why she's not playing much bigger venues than this.

Nicole played Neptune City, Maybe Tonight, Vultures, War Torn, Hangover, As Country Was, My Autumn's Done Come, Gasoline, Who Killed The Moonlight, The Way It Is, Red Ropes, Gold Was My Baby, It's Only Chemistry, The Tower and Crying.

She plays the following dates this month:

Email ThisBlogThis!Share to TwitterShare to FacebookShare to Pinterest
Labels: Nicole Atkins, The Colours