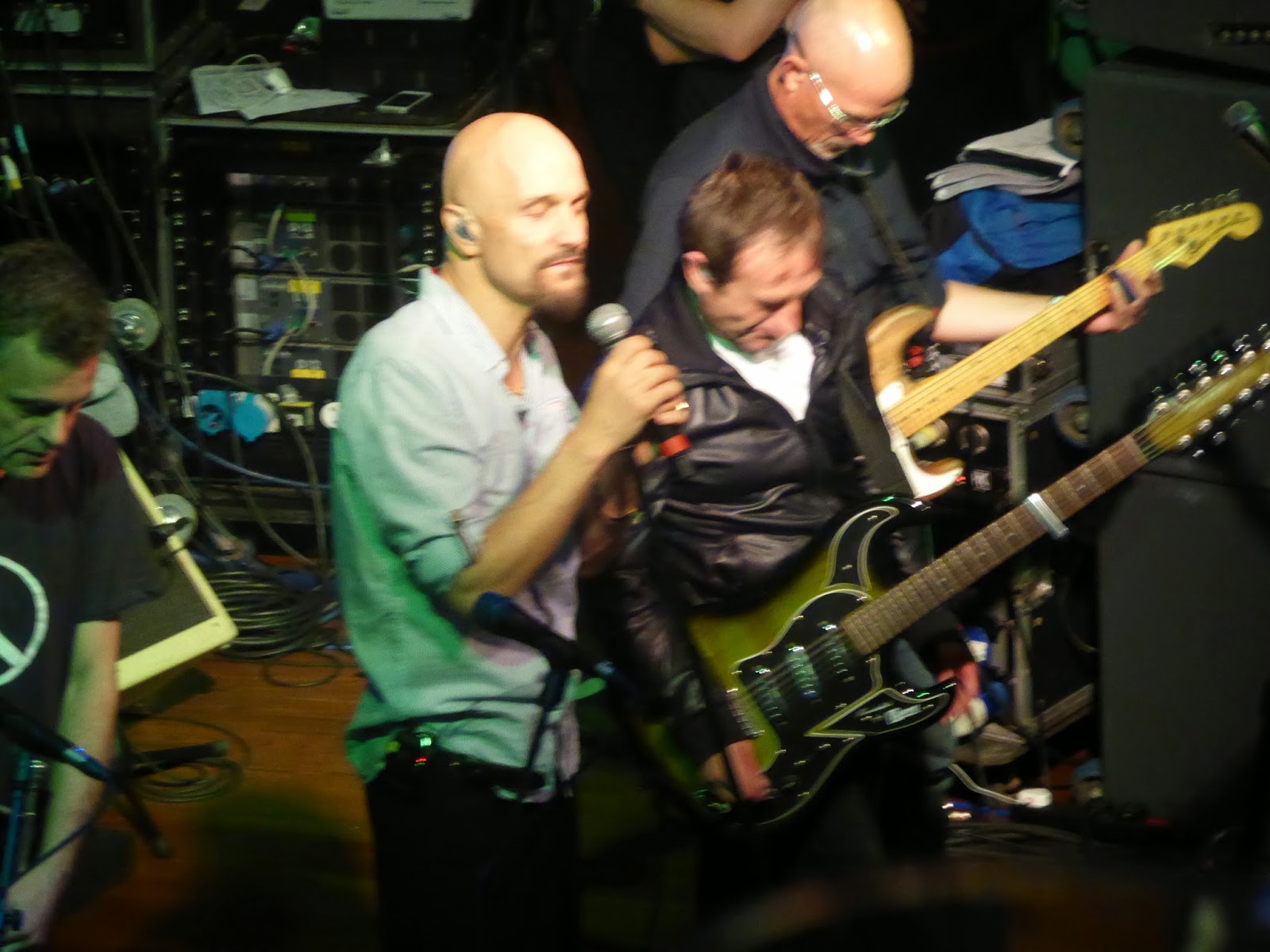 James round off a busy week of promotional activities with a small hometown gig. As you can imagine, Even The Stars were out to witness a little bit of magic on a wet Monday night.

Just 12 weeks since their 8000 capacity Castlefields summer show, James have been invited to record a special set for Absolute Radio in the tiny Hard Rock Café, with only 350 people there to witness it. James. In Manchester. In a pub.

With the La Petite Mort tour about to begin, James have embarked on a series of promotional activities, including a well received set at the BBC Maida Vale studio and a fun performance to 70000 rugby fans at Old Trafford. Absolute Radio and Geoff Llyod have long since been supporters of the band and tonight they showcase the recent album and throw in some classics for good measure.

Opening with a near 8 minute Walk Like You was a masterstroke and the crowd love it. The opening bars of Moving On are greeted with great cheers. Tim found it difficult to sing the first verse, the band played on and remarkably the audience filled in until Tim composed himself to join the audience on the chorus. The new album has obviously been well received and it was a joy to hear the crowd take over. A powerful and emotional opening to the show.

Seven then followed and sounds bigger, better and more beefed up than on record. A triumph. From the same album, Ring The Bells is up next and benefits from a super charged ending with all seven members of the band really going for it. A versatile set this evening with Laid album tracks PS and Dream Thrum getting a well deserved airing.

A small minority of the competition winning crowd don't seem bothered by the band and they are forced to restart new single All I'm Saying as a result of the constant chatter, much to the annoyance of Larry and Tim. A poignant yet somehow uplifting song delivered with power and emotion from Tim. Andy's trumpet riff and Jim's driving bass line make All I'm Saying one of the highlights of the evening. 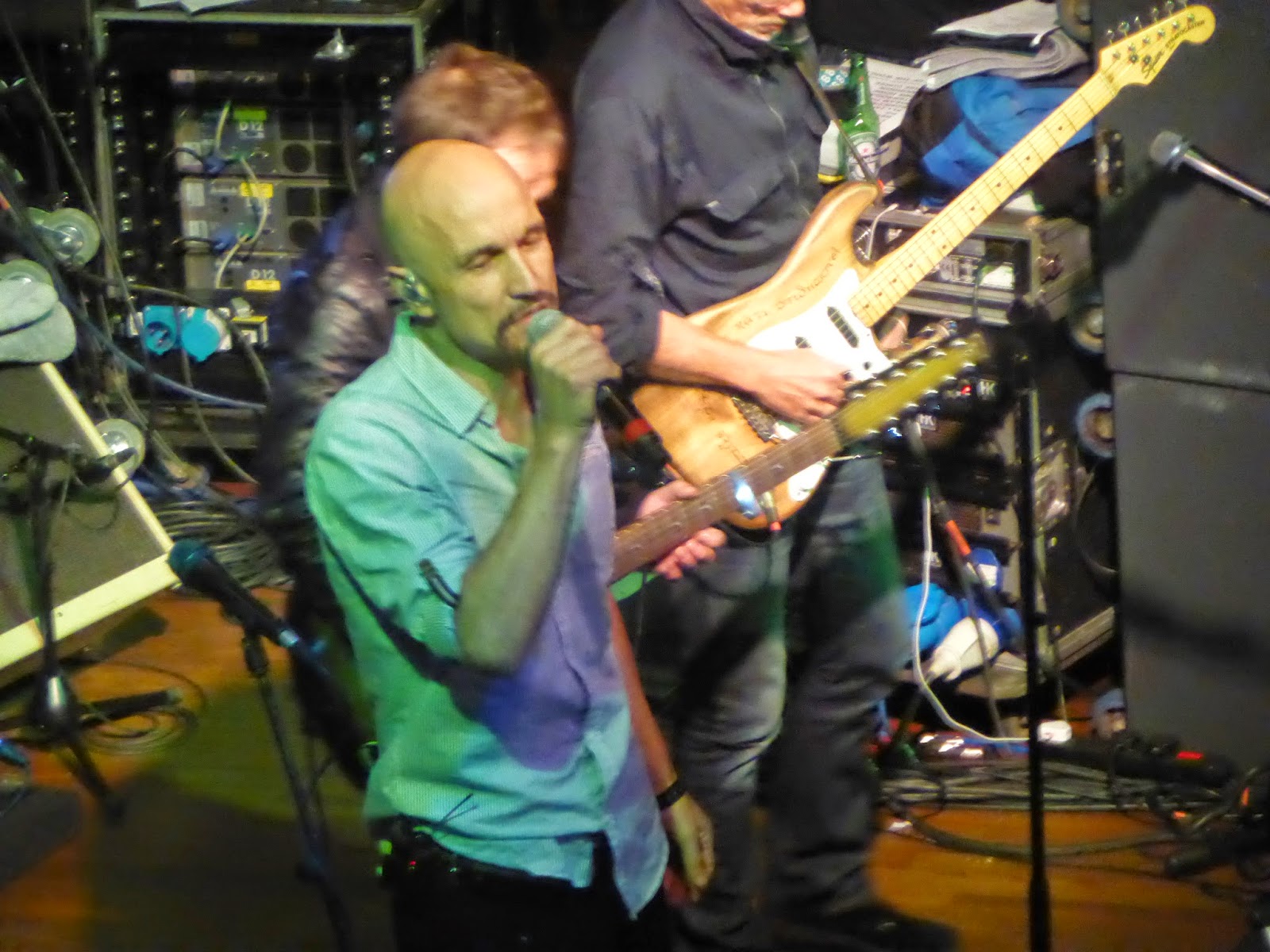 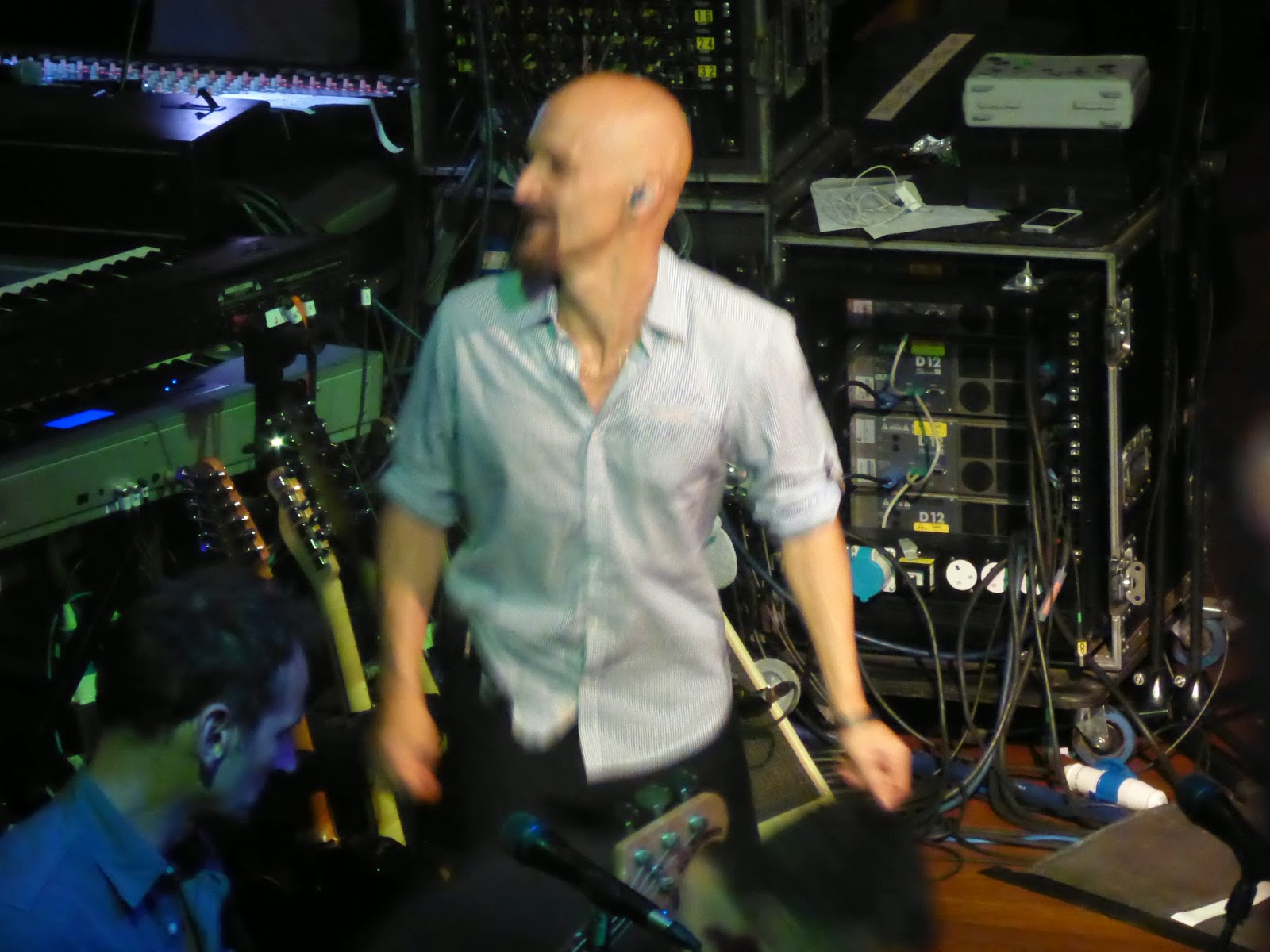 Sometimes is as fresh as ever. When the band finish, the audience start their own sing a long, forcing the band to start playing along again. What follows is an incredible semi improvised coda lead by Mark and David. Stunning.

Interrogation is a great band piece with key contributions from all members. One of many classic tracks from the recent album, they play an edited version tonight before a storming Come Home. Andy really should dominate this with trumpet rather than wielding his tambourine.

Tim apologises for technical issues before the set ends with the wonderful Curse Curse. A track that has split the opinion of fans. I love it; a funky bass, great lyrics, and Mark's synths at the forefront of the mix for once. What is there not to love?

The band may have been experiencing their customary sound problems but in all honesty, no one in the crowd seemed aware of it. Certainly not enough to enjoy the evening. Due to time constraints, something from the set has to be dropped. The crowd make the wise decision to hear Top of The World instead of Tomorrow before the band leave the tiny stage to a euphoric response from the crowd. They return to encore with Say Something. A fine ending to a rather special evening.

Geoff Lloyd in his introduction questioned why the band weren't playing Manchester on their November tour - contractually they can't because of the Castlefields show in the summer. This competition only event then will probably be their last hometown show until next year.  James always try to make their hometown shows special. Playing a pub is one way of ensuring that. A truly memorable evening.
James played Walk Like You, Moving On, Seven, Ring The Bells, PS, All I'm Saying, Sometimes, Dream Thrum, Interrogation, Come Home, Curse Curse, Top Of The World and Say Something.


James' official website can be found here, where you can find details of their November arena tour.   They are on Facebook and Twitter.   Some of the band - Tim, Larry, Andy  and Dave - are also on Twitter.