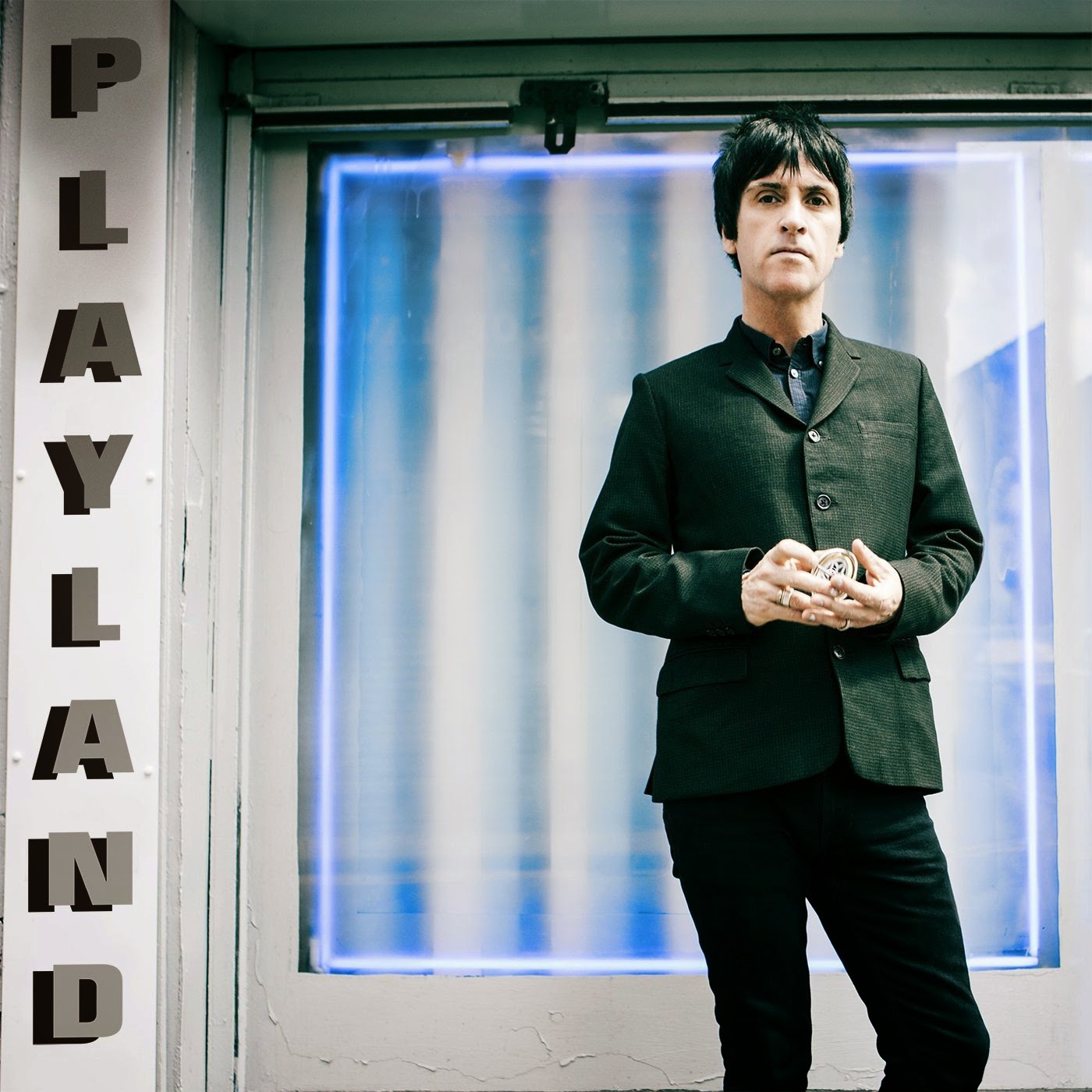 Coincidentally, in the week that I bought my first Smiths T shirt, I am given the new Johnny Marr album to review. He seems to have been around forever, yet Marr is only 50. Widely regarded as one of the most influential guitarists ever, his 2nd solo album follows quickly after his debut released just last year. Playland features 11 new compositions and on first listen, it is reminiscent of many of the bands from the '90s and beyond who were influenced by The Smiths.


Opener Back In The Box features a pounding rhythm section and some neat synth. It wouldn't sound out of place on an Electronic record, Marr's "supergroup" from the late 80s and 90s. Easy Money soon follows and is a great fast paced pop song. Dynamo is better though - another up-tempo number with some reflective lyrics from Marr, who is clearly relishing his new front man role, having been the elusive guitarist for so many years. There's more soloing on Dynamo than Easy Money which for me is a good thing. The standout track of the album.

Candidate is mildly darker than the opening trio before the Joy Division influenced 25 Hours. The Trap is the most Smiths sounding song on the album. Playland, the title track, continues in the tradition of the rest of the album, a confident collection of songs with Marr sounding both more assertive as a front man yet relaxed too.

Johnny Marr has already cemented his place in pop history. As such, it is difficult for him to come up with anything new. Whilst it might not win him any new fans, those who already adore him will find plenty to entertain them here. It is a cliché I know, but Playland really does get better with every play.