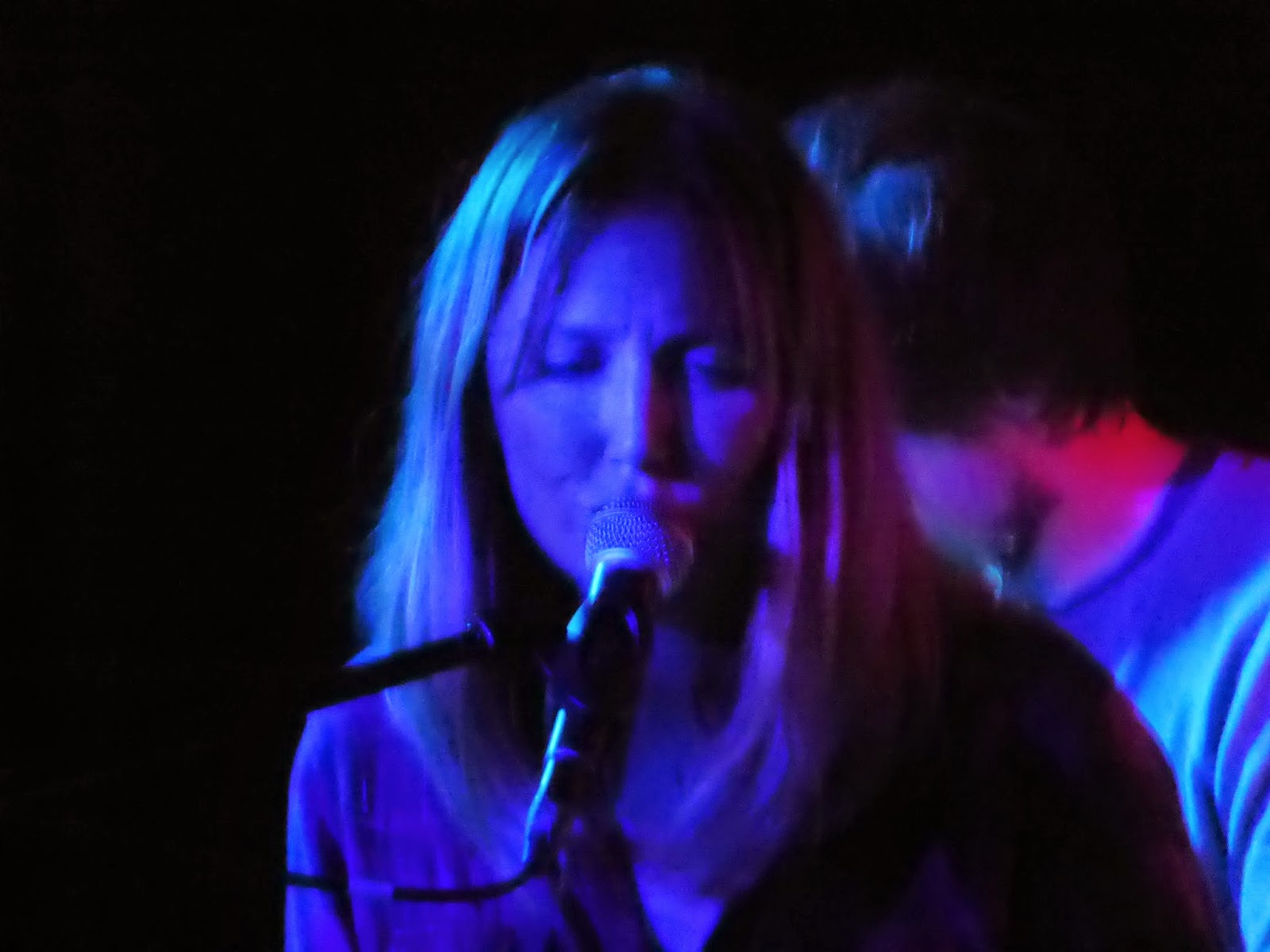 We've been fans of Sara Lowes for quite a few years now.  After what seems like an age, she's readied the follow-up to her debut album Back To Creation and we saw her perform an increasingly rare live set showcasing some of those songs at Manchester's Kraak Gallery.

Sara's second album The Joy Of Waiting is an ironic title for those of us who've been anticipating it for the past four years.  That time has seen her work with the likes of Daniel Johnston, Jens Lekman and more high-profile with Marina And The Diamonds on their world tour with Coldplay.  All this has meant though that the solo material has been put on a back burner, but hopefully that's about to change.

Tonight's set draws from Back To Creation, four tracks from last year's All For The Dream (With The Means Of A Well-Planned Getaway) EP as well as tracks from the new album, which Sara references as being influenced in parts by books she's read in the past few years, even name-checking one of the biggest influences J.B. Priestley in one of the songs. 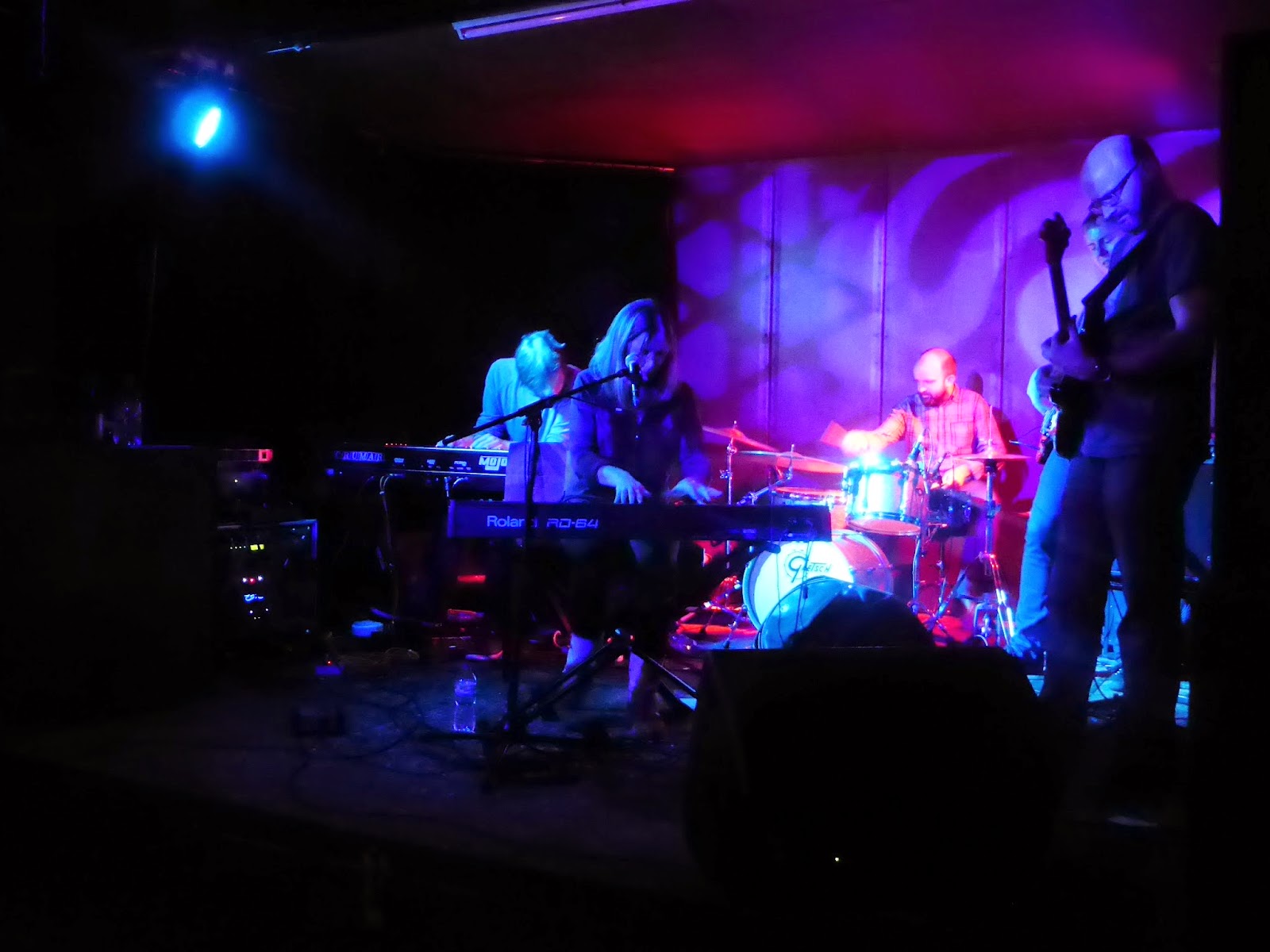 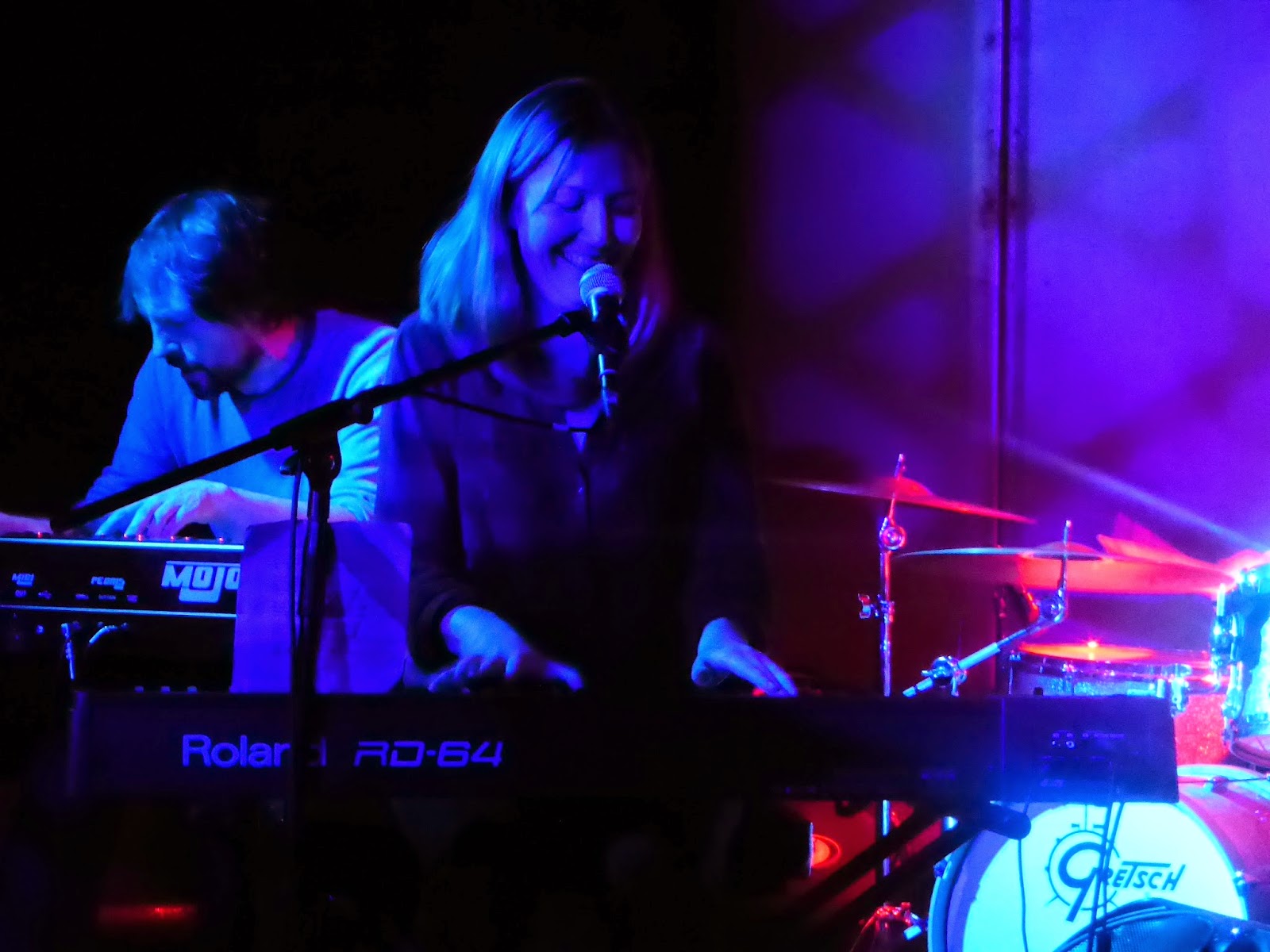 There's two contrasting sides to the music on show tonight.  That dramatic keyboard-driven sound, tonight courtesy of Tokolosh's Christian Madden, from the All For The Dream EP is evident in large chunks of the new material, in particular forthcoming single Chapman Of Rhymes and its double A-side Cutting Room.  It's a quite complex sound in parts, particularly on tracks like Little Fishy, but the band manage to recreate the vibe of the record on stage.  It also demonstrates the strength of Sara's voice that it doesn't get lost in everything that's going on around it.

There's also the softer side of her canon on display as well, no much more so when the band leave the stage and she performs On The Style and I Fellowed Sleep solo.  Songs move effortlessly from one side to the next as well as they build and drop, meaning you can't take your eyes and ears off what's going on up there.

Sara's personality shines through too.  Always engaging, her slight North-East lilt immediately warms you to her. She's chatty, explaining some of the themes behind the songs, and is genuinely humbled by the fact people are still coming out to see her despite her relative silence in the past few years.

We're still waiting for the album of course, but tonight makes that joy feel a little closer.

Sara played Let's Start With An Instrumental, Night Times, I Wish, J.B. Priestley, I Find You, Stood On The Style, I Fellowed Sleep, Cutting Room Floor, Chapman Of Rhymes, Little Fishy, Back To Creation, On The Run and Horizons.