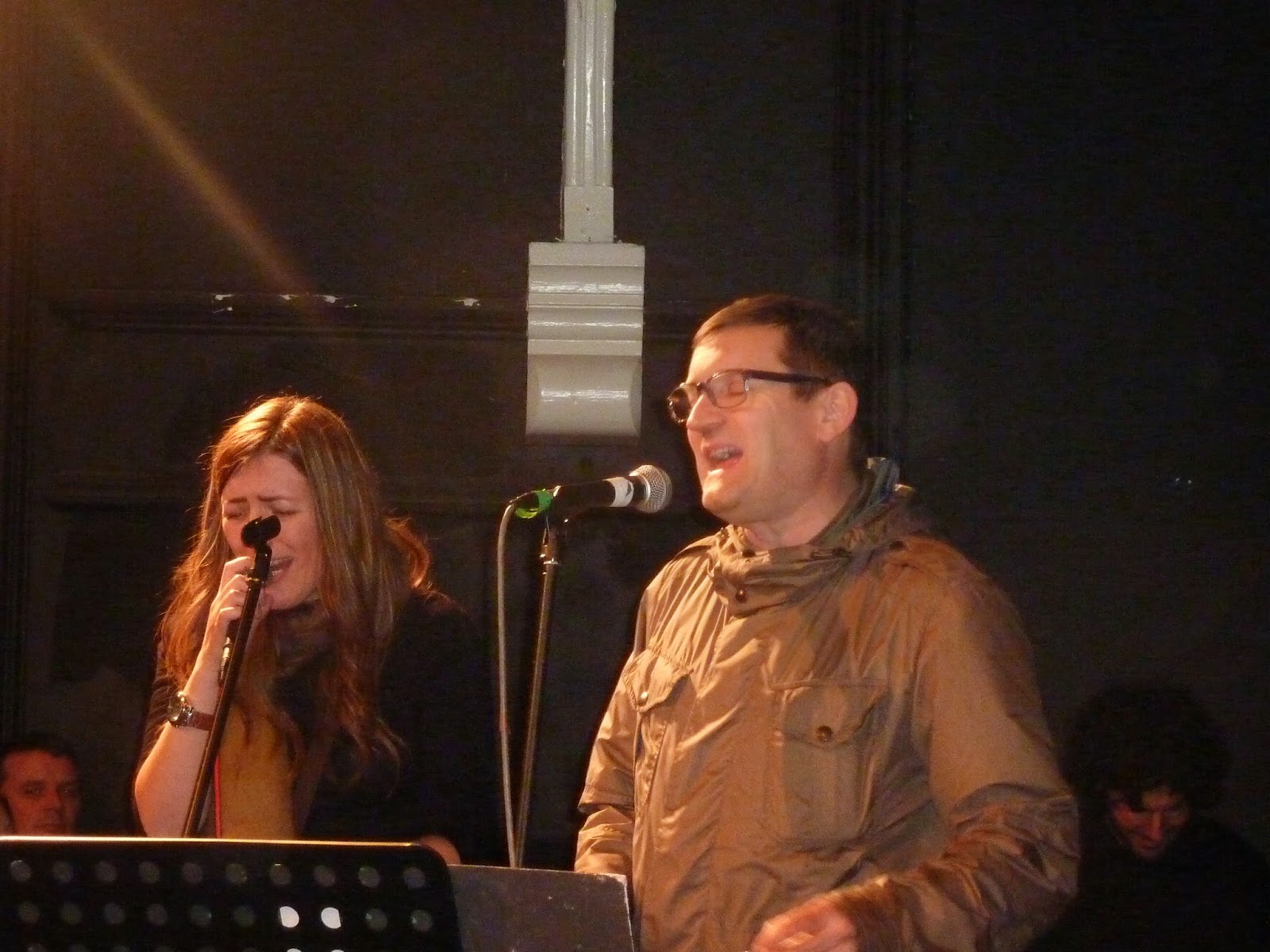 Paul Heaton and Jacqui Abbott took the unusual step of opening up their rehearsals for their upcoming Irish tour to the public in the beautiful little venue hidden away on the top floor of Paul's Salford pub The Kings Arms.  Our friend Glenn Wallworth went along and the afternoon more than lived up to his expectations.

By getting my hands on one of only handful of tickets, it felt my entrance into the Kings Arms was like that of Charlie when he won a golden ticket to visit Willy Wonka in his Chocolate Factory, only this was Paul Heaton’s prized beer factory offering some of finest real ales and food on offer in the City of Salford.

Those not familiar with this fantastic little venue very close to the Salford/Manchester border need to keep a check on the pubs website for upcoming events, which range from solo acts, full bands, poetry, comedy nights, plays and other theatrical performances all playing upstairs in cosy theatre converted up in the loft complete with its very own bar. 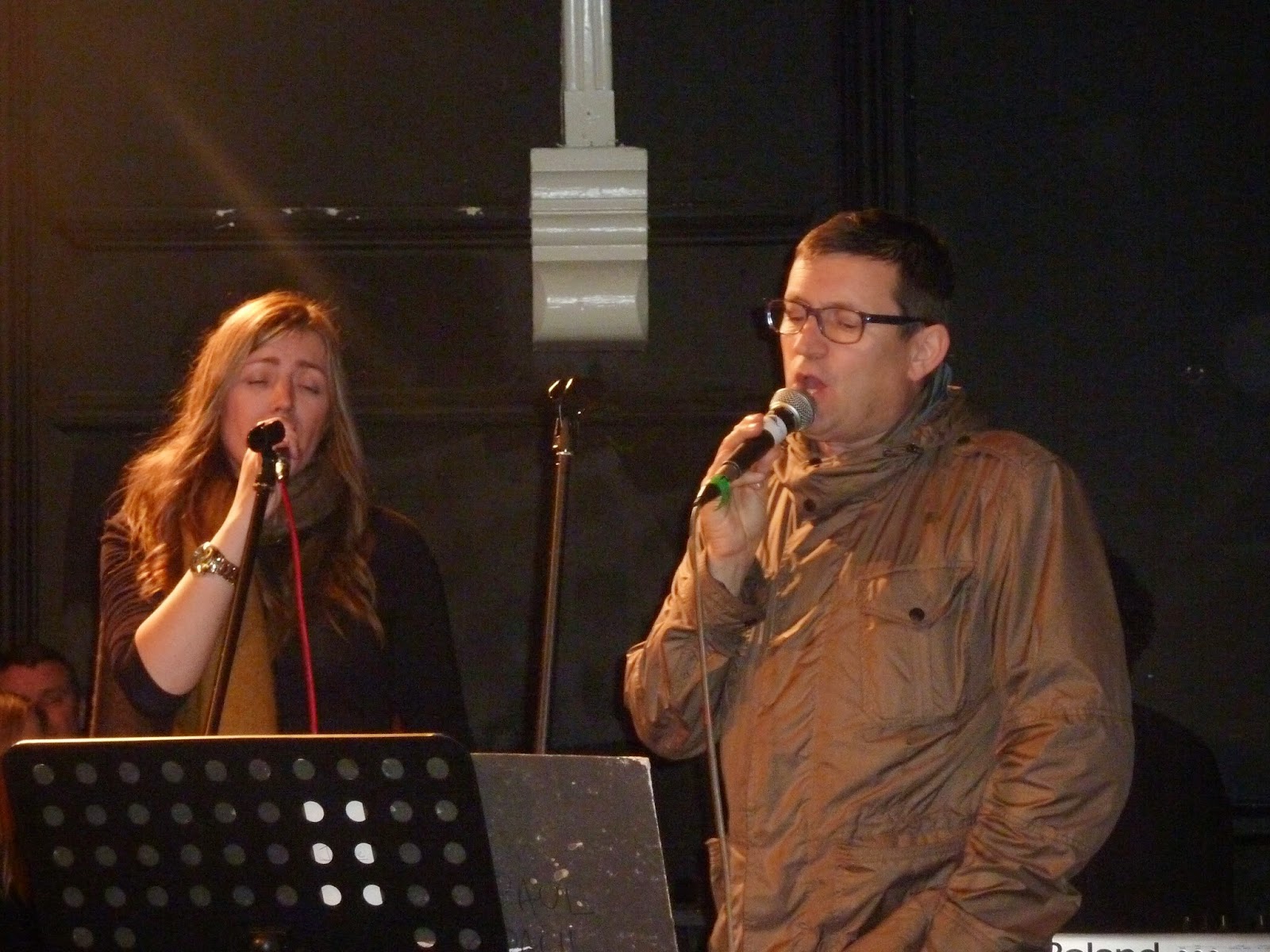 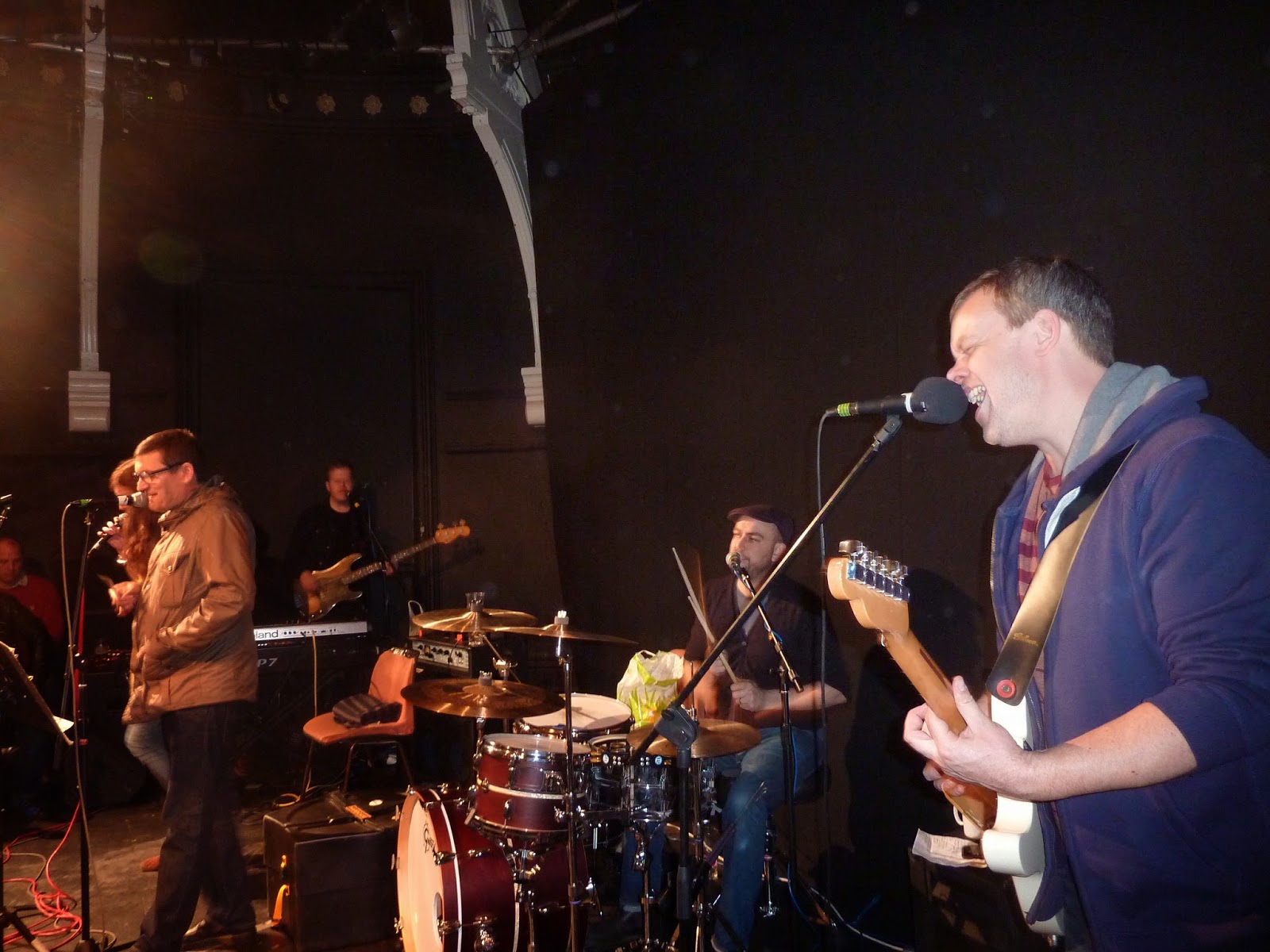 The event was classed as the first of two rehearsal gigs for the pair’s upcoming tour of Ireland and the UK which begins this coming Sunday in Derry, what we didn’t know or fully expect was over three and a half hours of pure entertainment from a pair back together on stage once again after Jacqui quit the Beautiful South back in 2000 to look after her autistic son.

The coming together of two great harmonic voices has already brought us the aptly named number three selling album What Have We Become, which the pair toured to promote upon its release back in the spring with a host of UK dates, followed by a string of various festivals over the summer period including two highly acclaimed sets at Glastonbury.

The opening half of this event comprised of the band trying out various parts of songs, many of which were not featured on the spring tour, including old Beautiful South classics like One Last Love Song (inc new brass section), Everybody’s Talkin, Loving Arms and Let Love Speak Up Itself (inc brass section), as well as digging into the Housemartins vault and trying out Sheep, they also treated us to the first public airing of what can only be described as a revamped up tempo break beat version of Perfect 10 which is sure to go down a storm on their forthcoming tour.

To have Jacqui back on board must be a dream for Paul as her voice and soulful harmonies seem to get better and better and the pair work like clockwork on stage, Jacqui shines on the likes of Everybody’s Talkin, Rotterdam and Loving Arms which we were informed is to be released as their next single before Christmas, unless as Paul said and he puts his foot down and wants his anti X Factor untitled song to take preference, we'll have to wait and see but my money would be on Jacqui’s cover version of Elvis’s Loving Arms getting the vote seeing as the band have seemingly already filmed the video complete with a brass band.

To be able to watch close up and listen to a band trying to perfect their art by breaking off midway through a song was a privilege to all in attendance, with a highlight being the constant banter between all band members which at times was bordering on comical genius, with Paul’s one liners going down well with the crowd who also enjoyed his rendition of the theme from 1970’s cult TV show Cannon where he nailed every single lyric to perfection.

After a short break we were then treated to drummer Pete Marshall eating burger and chips off his kit, before Paul, Jacqui, Jonny Lexus and Chris Wise rejoined him and went through a collection of finely tuned classics mixed in with the new in their entirety including Rotterdam, Old Red Eyes Is Back, We're Not Deep, When It Was Ours, D.I.Y, Don’t Marry Her, Prettiest Eyes, Costa Del Sombre and new tour opener and their last single Moulding Of A Fool. 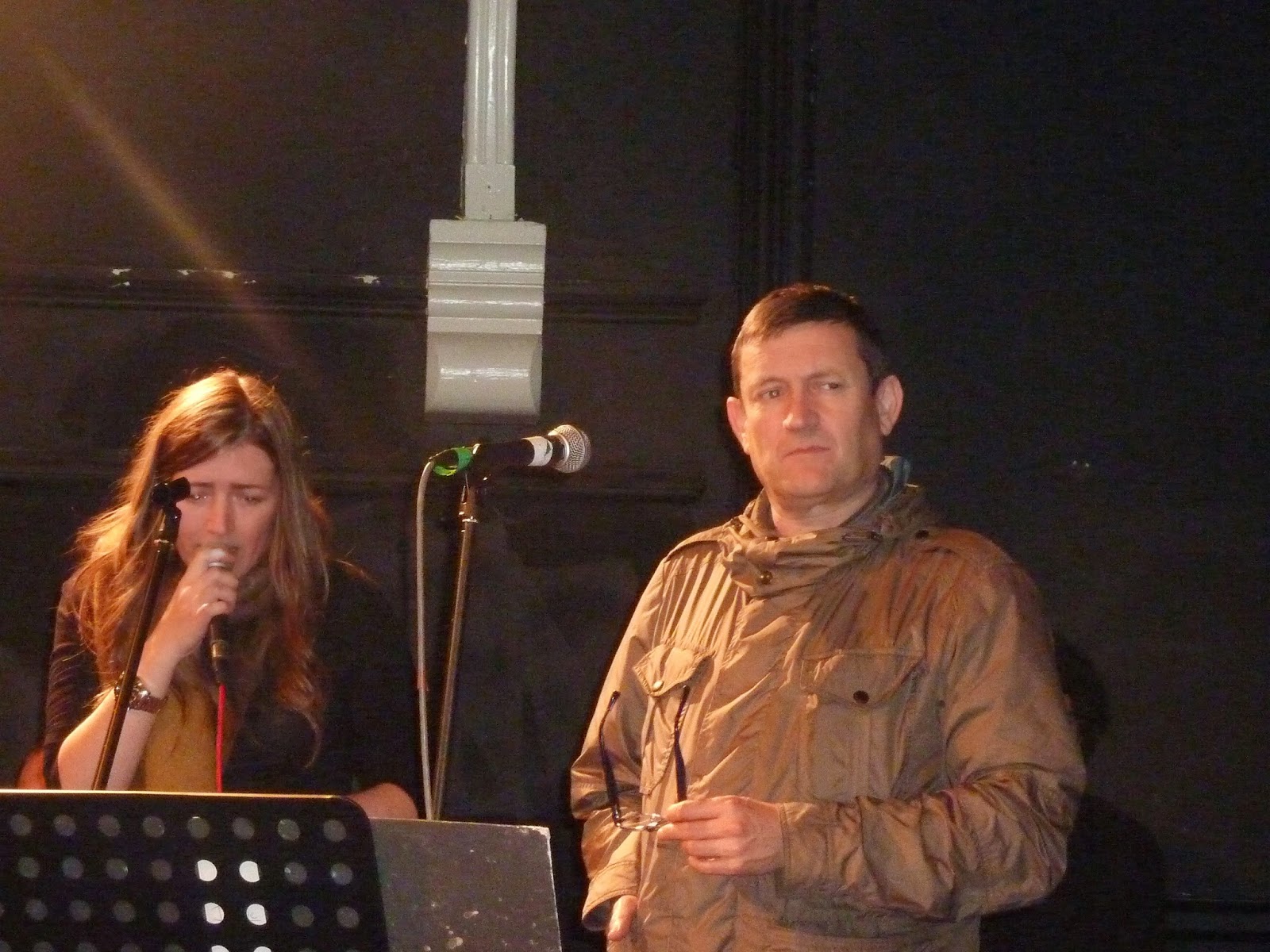 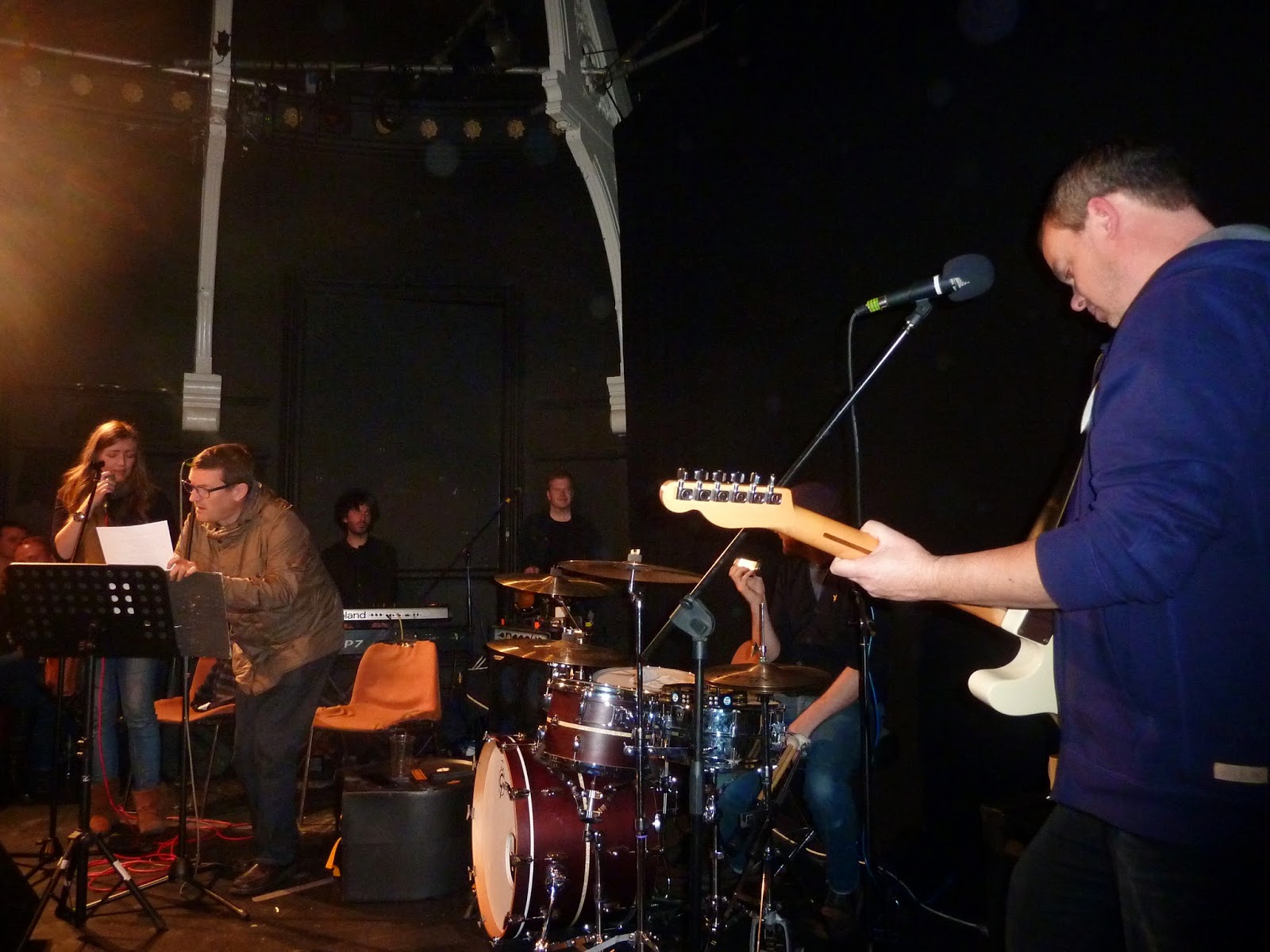 Before departing the stage the band played through the new version of Perfect 10 once again and through the vocal delirium that duly followed Paul complete with a Roy Cropper carrier bag slowly drifted away to catch a cab, leaving Jacqui & Co to clean up behind him and sign one or two more album covers and pose for an album full of personal photos for all those lucky enough to attend.

How would I mark the day and event as a whole, well as a certain TV dancing panellist almost said on a recent TV advert , it’s a ten from Glenn………….!!!!!

You can still catch them on tour in November and December with tickets still available for a few dates including Bradford, Blackburn and Glasgow as well as a one off “Hope For Christmas” local charity gig at Manchester Academy on Friday 12th December.