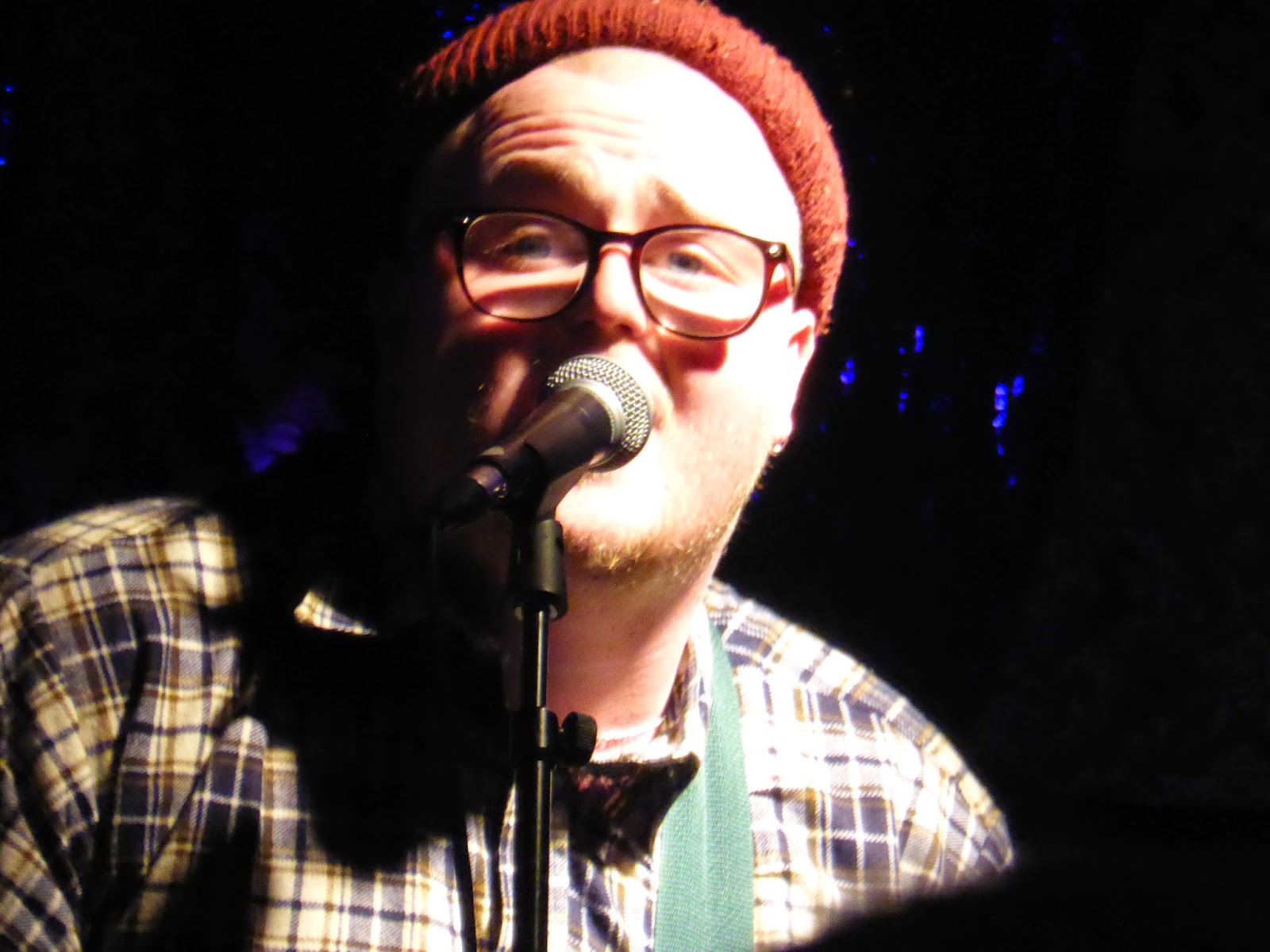 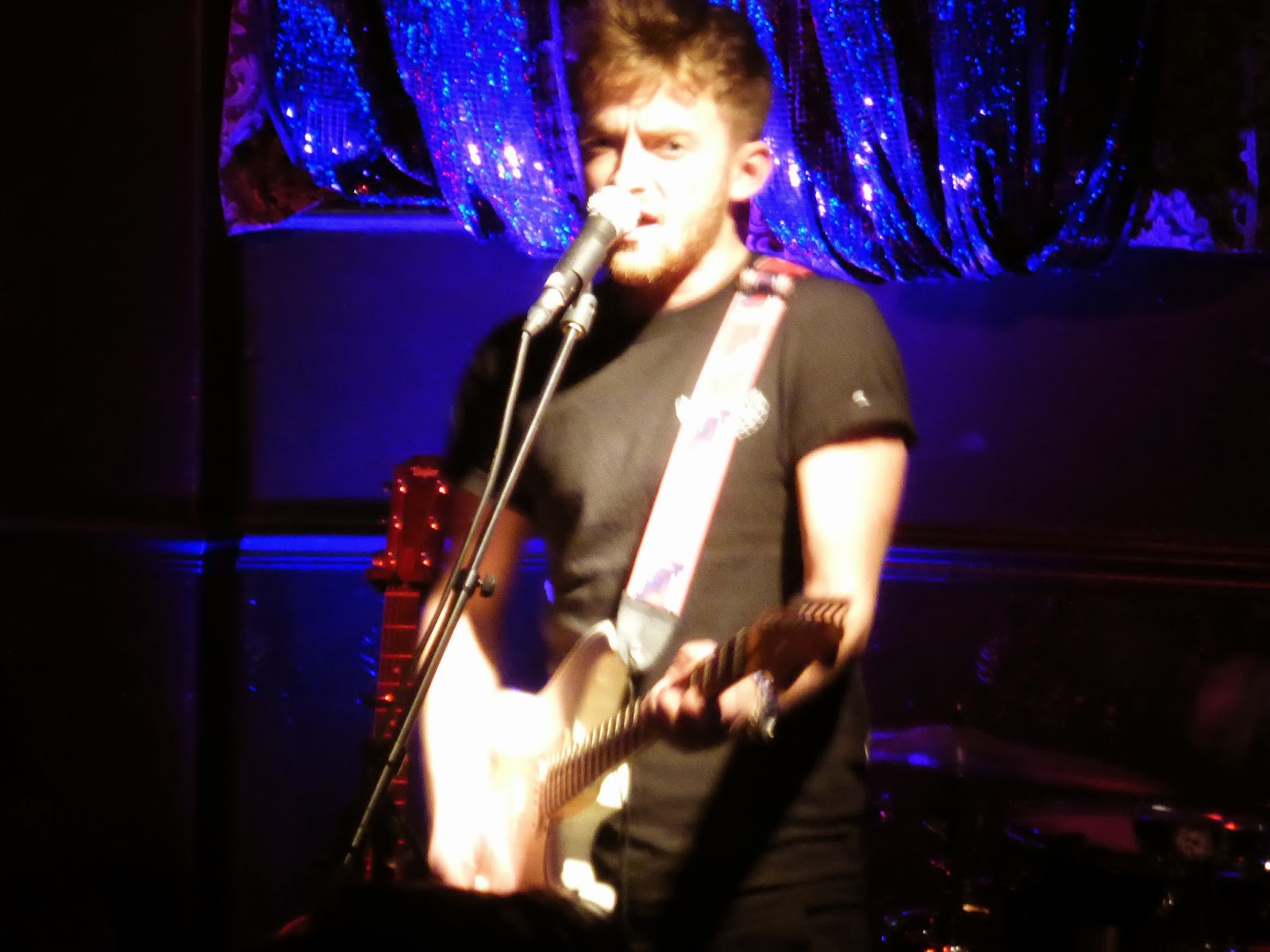 The night was opened by The Dom Major Band, a four-piece based around Sheffield exile Dom Major.  Early in their career as a band they're already showing a lot of promise. Their four-song set leaves us wanting to hear more, particularly if it's of the standard of their final song Happy Now and its Hendrixesque guitar stylings.  They're clearly still gelling as a band as the slightly awkward between song changeovers testify, but they have a look, the personality and a sound that will stand them in good stead going forward. 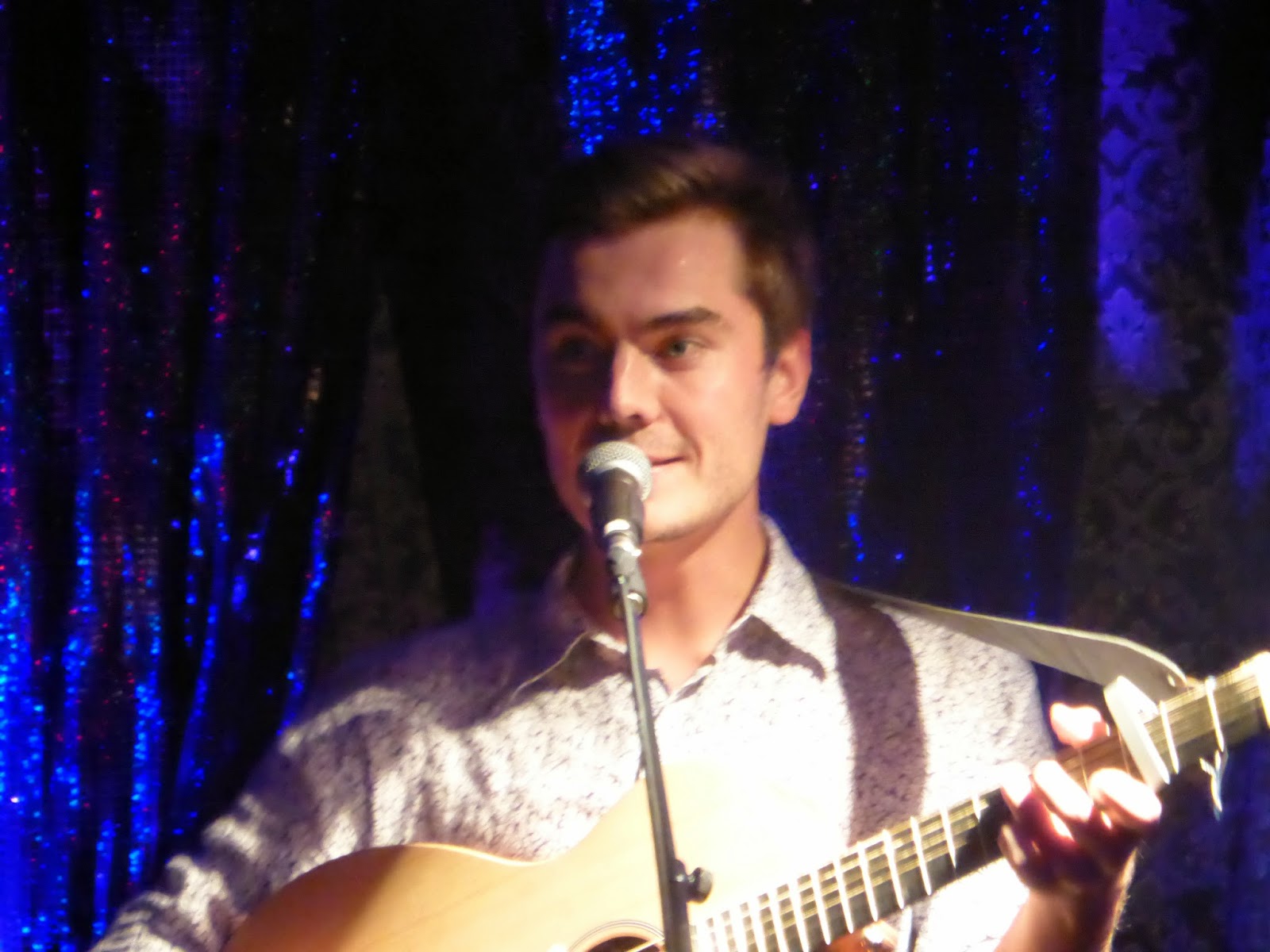 Next up is Liam McClair.  He released his Honey EP back in July, but this is the first time we've seen him play live.  What we get is a set of six intelligent, melodic and exquisitely structured songs that make the most of his surprisingly tender and fragile voice.  He's utterly charming as well, explaining each of the songs before playing them, including the condensing of Paulo Coehlo's The Alchemist into a two and half minute song. He gently cajoles the audience into singing along through the set to the point where the whole room joins in for the set-closer Honey which he proudly announces was played at half-time at Old Trafford, his old man's old stomping ground. 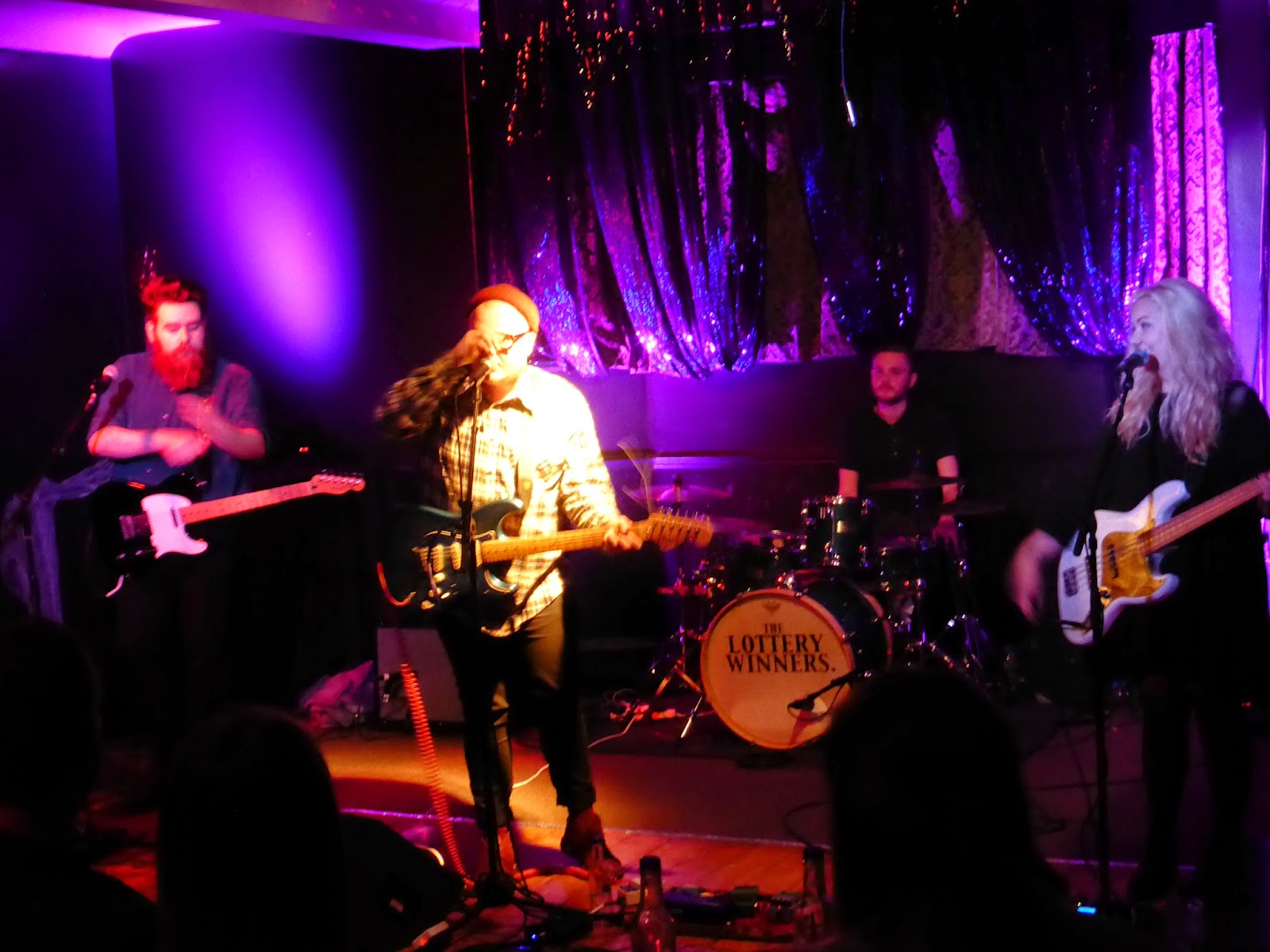 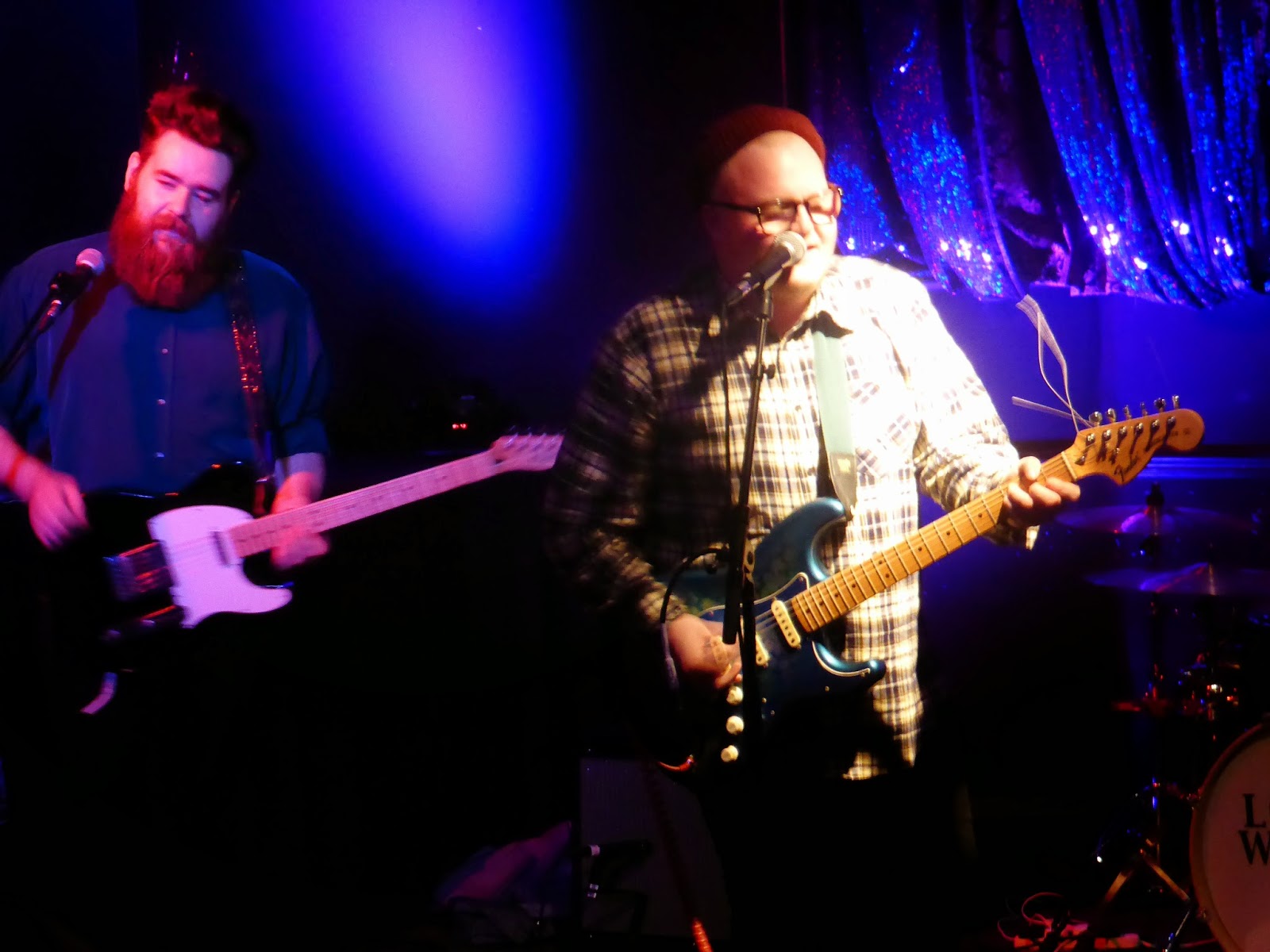 It's been six months since we last saw The Lottery Winners and over a year since we wrote about them and there's been a lot of exciting developments behind the scenes for them.  Front man Thomas Ryland is still as giddy as ever and his choice of hat hasn't improved either, but he's the leader of a unique band that is gaining a growing reputation for producing some of the catchiest pop songs around.  New tracks such as their opener Young Love, their next single (which immediately has people singing along to the chorus and which he neglects to tell us the title of) and the knowing nod to their love of The Smiths of There Is A Boy That Never Goes Out prove that they're getting even better at honing their craft as those songs sit proudly alongside the established likes of Elizabeth, Learn To Sleep and the closing duo of Emerald City and Pillows.

Music snobs will still stand and sneer at them and the city centre hipsters will foam at the mouth in jealousy at the sheer scale of guitarist Rob's beard, but there's something happening here.  They appeal to teenagers as much as their grandparents, something that few bands manage to do these days without losing their credibility.  Sure there are points where you want to tell Tom to shut up and just play the song, but you're more likely to be laughing along at his self-depreciation or marvelling at how they fuse the three great voices of his, Rob and bass player Katie into something timeless. And they can play too, fluid bass lines, rocking guitar solos and a drummer that takes the lead at times and propels the songs forward.

The only credibility they need is wrapped up in their songs and as they add more of the aforementioned new ones to their already strong catalogue you feel that with the right break they could be unstoppable, because there isn't a single band in town at the moment producing music like this than spans the genre gap between indie guitar and pop as well as the generation divide.  If The Lottery Winners don't make you tap your feet or you plain just don't like them, you're probably lying to yourself.