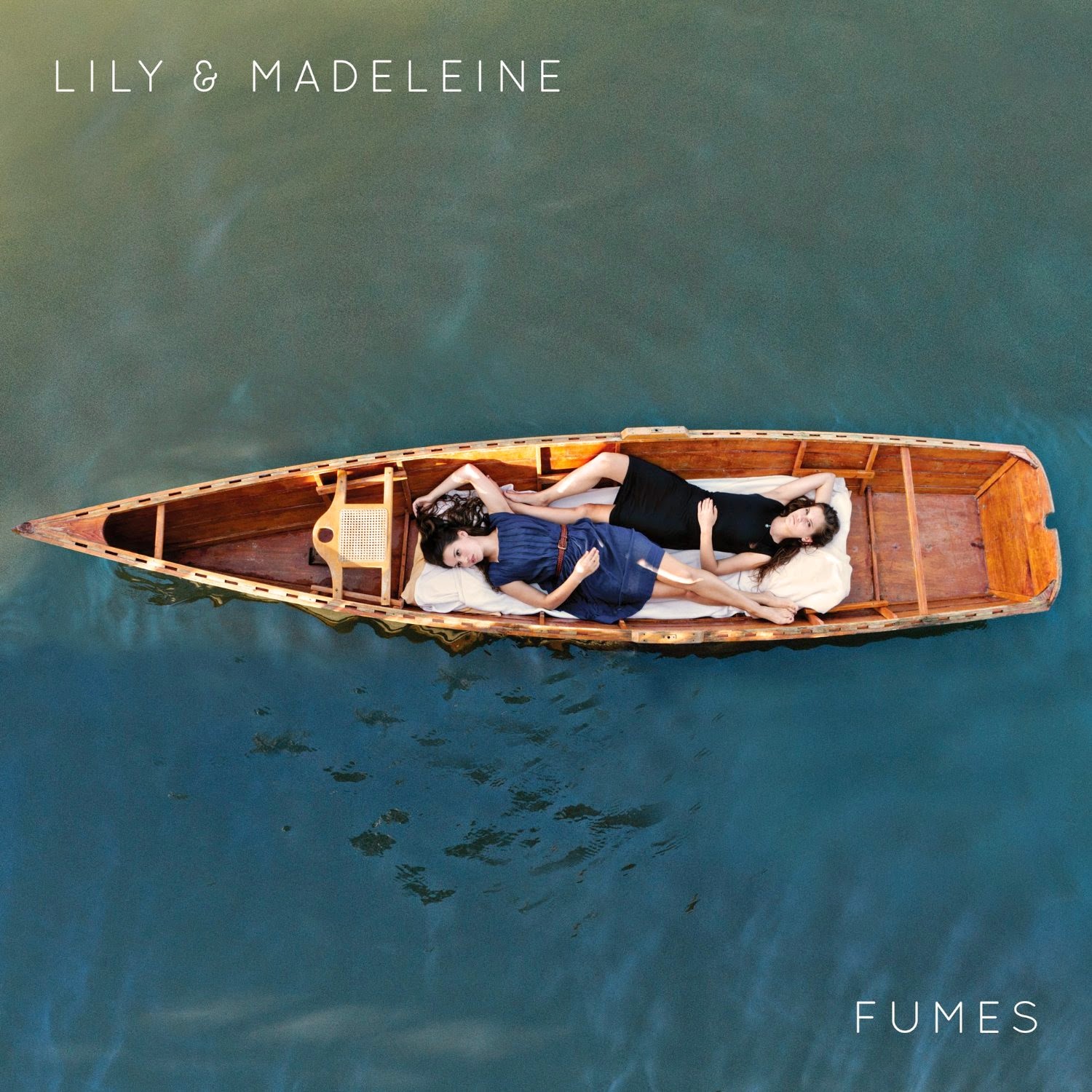 Even The Stars first fell head over heels for Lily and Madeleine back in June 2013 when they released their debut EP, The Weight Of The Globe, which was recorded when the sisters were still at High School in Indianapolis. Their eponymous album followed soon after and that further beguiled us with enchanting harmonies and tales of lost love.  They are back with Fumes, a beautifully crafted ten song collection which sees the sisters, seamless, velvety smooth vocal harmonies continue to impress.

The title track starts things off in their pared down style with the lyric seeing them admit to putting up with second best and making do. The lines “complacency is the currency, good enough is enough for me” are heart-rending.

The second track Rabbit is the second single to be released from the album and the sisters are currently running a competition at their website for fans to create an accompanying video which closes today. There are still a few hours to submit an entry if you’re reading this on launch day. With a much poppier upbeat sound than previously heard this was an obvious choice as a single.

Ride Away is the longest track and is one of many on the album that talks about moving on – in this instance perhaps from the family nest or from their childhoods rather than leaving a relationship behind.

Can’t Admit It sees a return to a more striped back approach with the pace and instrumentation giving room for the incredibly melancholic lyric dealing with the end of a relationship.

The Wolf Is Free was the first single to be released from the album and has a slight feeling of menace but perhaps also shows how they are changing as they allow themselves to be open to new experiences. This growing maturity and sexual confidence is also in evident in Lips and Hips which builds slowly with only keys accompanying their voices to a multi-layered sound including strings and drums.

Hold On To Now could be interpreted as enjoying the final moments the moments of a relationship despite knowing it’s nearing its end or perhaps there is a multifaceted meaning with the sisters also acknowledging moving from childhood to womanhood and not wanting that to come too soon.

Peppermint Candy is the penultimate track and opens with the sounds of children playing and sees the pair return to a more upbeat sound although this is in contrast to its lyrical focus on the uneasy place between childhood and adulthood.

Blue Blades closes the album with a slow and sombre pace and theme with synths and strings layering to form a backdrop for the vocal harmonies.

What is most captivating and powerful about Lily and Madeleine is the incredibly easy and natural entwining of their voices. This collection of songs gives us a window into their intimate thoughts and emotions and and at just 18 and 20 years, we look forward to them growing up and living through their music.

They will play dates in the US, Germany and Holland before the following UK dates - Birmingham Hare And Hounds (Nov 23), Glasgow Broadcast (24), Leeds Brudenell Club (25), London Bush Hall (26), Manchester Soup Kitchen (28) and Bristol Folk House (29) as well as Dublin Sugar Club on December 1st and Belfast McHugh's on the 2nd.

Email ThisBlogThis!Share to TwitterShare to FacebookShare to Pinterest
Labels: Lily And Madeleine