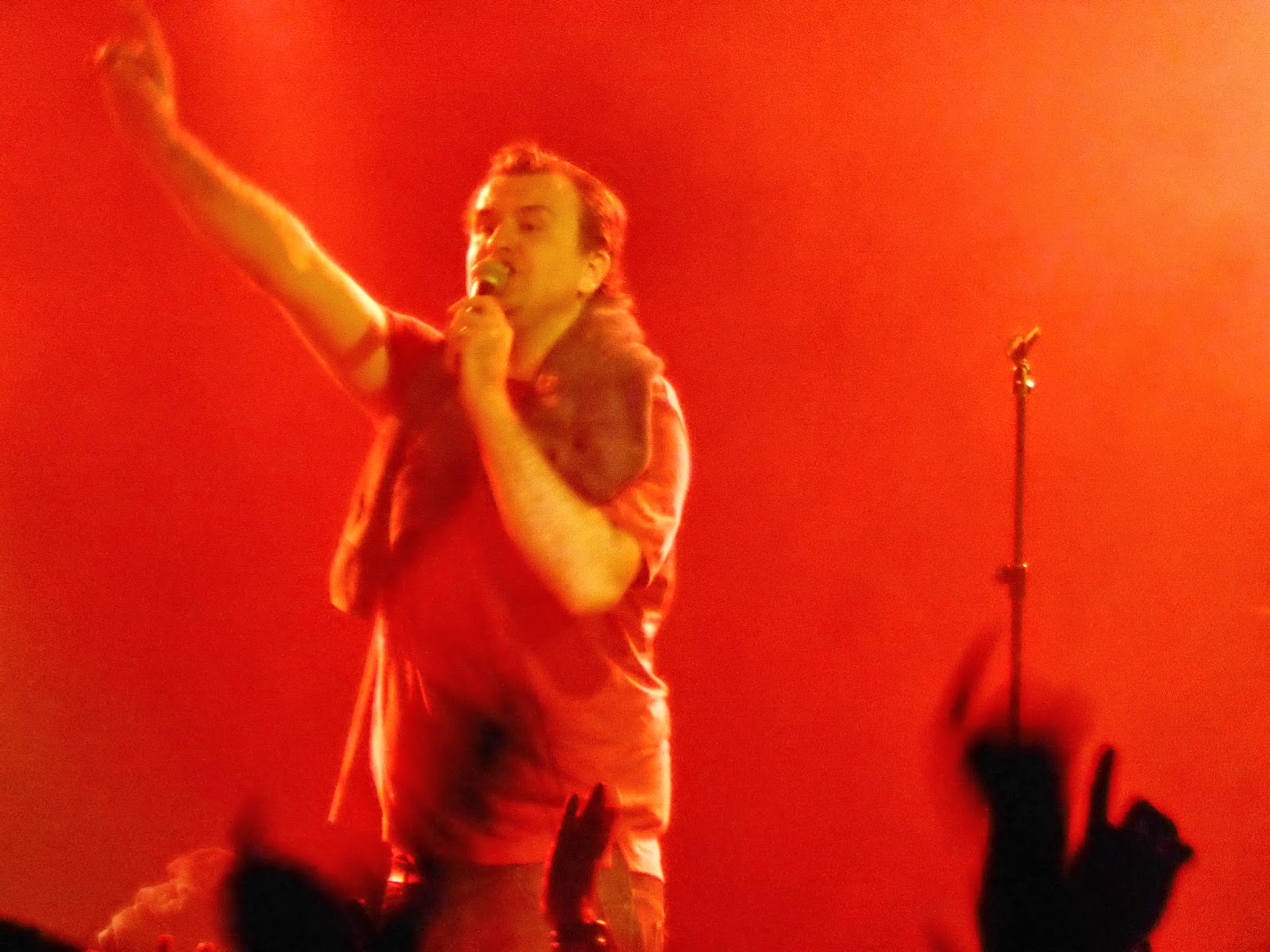 It's ten years since Reverend And The Makers burst onto the scene with a batch of high-octane singles and their State Of Things debut album.  Follow-up A French Kiss In The Chaos failed to hit the same chart heights and their number seemed up, but two further albums @Reverend_Makers and Thirty Two reversed that fall. And so, ten years on, they play all four albums in full over two nights at Sheffield's O2 Academy.

The heritage act route of touring a classic album is a well-worn one, but Reverend And The Makers have chosen to do it differently, performing all albums in their entirety as a celebration of their past, but also to mark a line before their fifth album which front man Jon McClure has been hailing as a significant shift in sound.

Night one has quite a contrast between the frenetic hit-packed debut State Of Things and the more considered A French Kiss In The Chaos.  It's perhaps with that in mind that the night starts with the latter at the end of an interminable wait for them to come on stage just after 9.15.  Before that we're treated to a DJ who seems to have no idea how to get a crowd going until he goes for the predictable Arctic Monkeys' Fake Tales In San Francisco which gets the place buzzing. 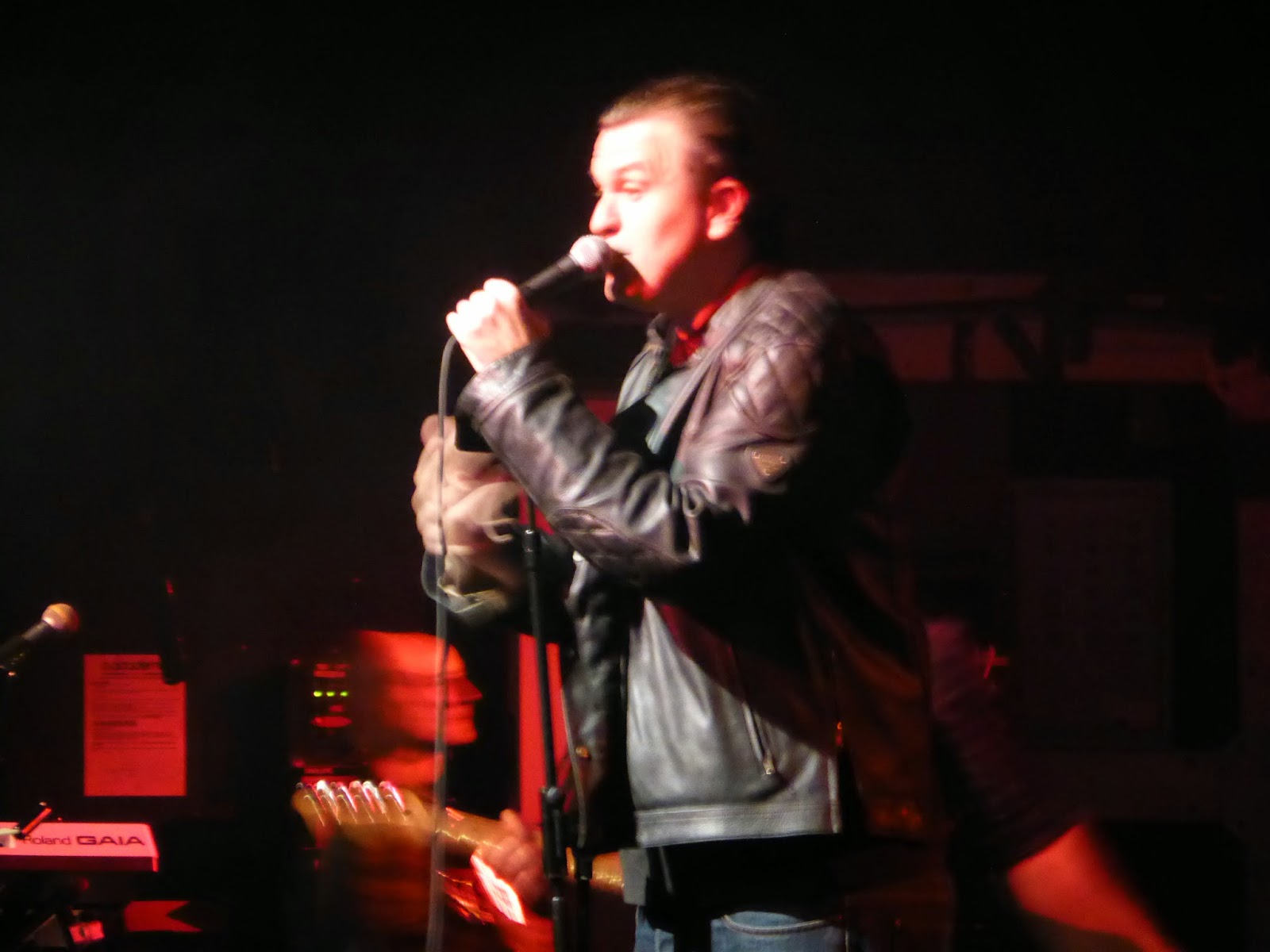 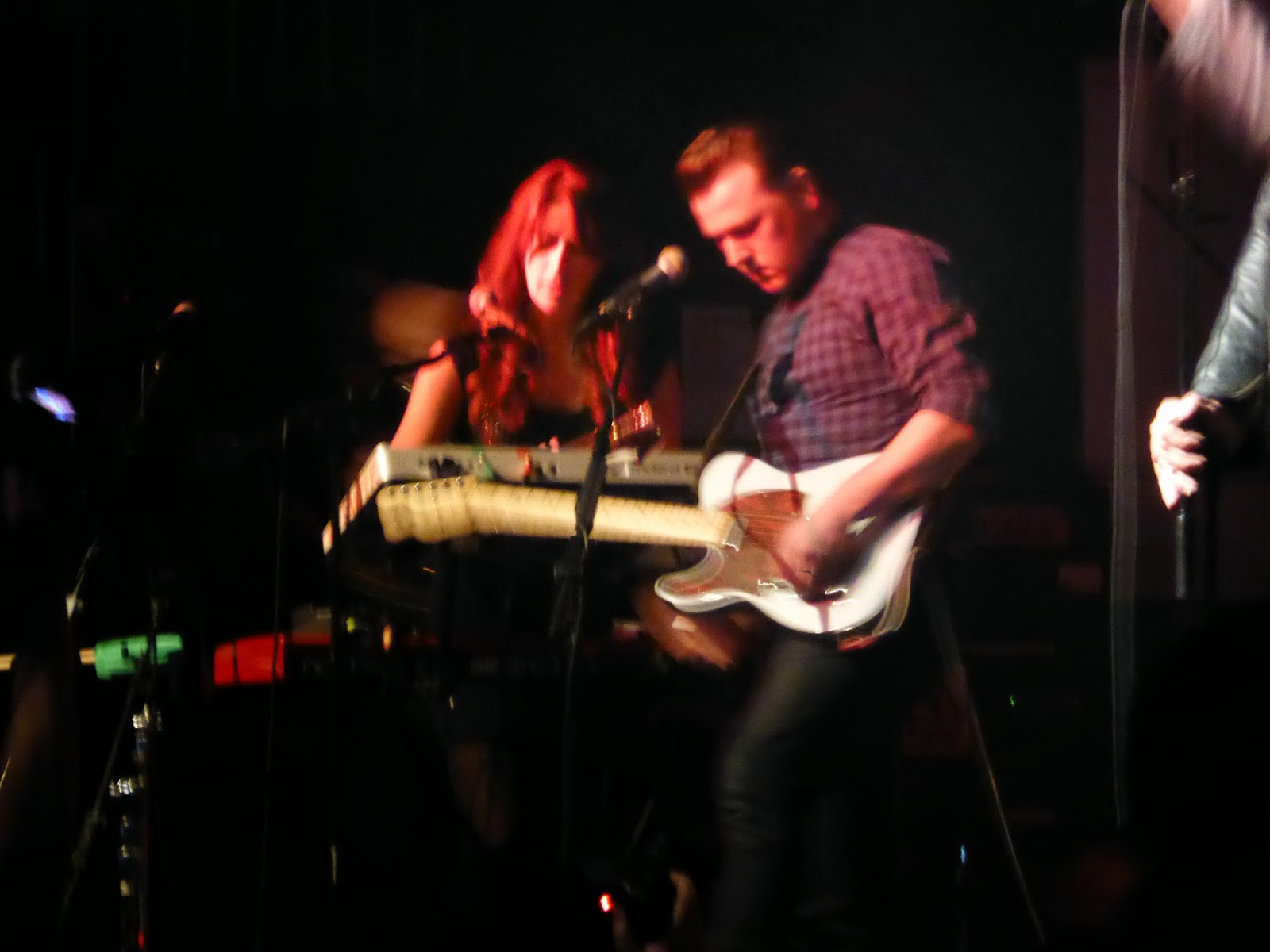 It's strange for a Rev gig to start with rather than end with Silence Is Talking, but that's how the format of these things work and everyone bounces along and sings Laura's trumpet line sampled from War's Low Rider.  It's an interesting album this one, a real curate's egg, "the connoisseur's choice" as Jon tells us and therefore the reaction is muted around the fringes of the crowd compared with what's to come.  However, what having the album played in its entirety does is actually show what a great piece of work it is, irrespective of its commercial success.  Tracks like No Wood Just Trees and Mermaids haven't been live for years and you sense the band have had great fun revisiting and relearning them.

After a short break they come back on for State Of Things and from here on in the whole place is bouncing on Jon's command.  The title track, Heavyweight Champion Of The World, Open Your Window and Sex With The Ex fly past not pausing for breath.  The floor of the Academy feels like it's going to give way under the weight of 2,000 sets of feet jumping around like they're possessed. Looking round there's the old school crowd that lived and loved this record first time round, but also a new audience that know every single word, everyone joined in unison.  Someone decides it's clever to light what looks like a flare (it isn't, no pyro no party is for brain-dead dickheads) mid-set, but other than that the communion that the Makers create is an undeniable connection between artist and audience, no more so than when Jon takes to the street outside at the end of the set, fag in mouth, to cement that bond with a cover of A Message To You, Rudy.

Night two starts off in reverse fashion as well with this year's Thirty Two album kicking off proceedings. The fact that the last two albums are chock full of what Jon describes as "solid bangers" means it's pretty much non-stop pandemonium in the middle of the dance floor tonight.  The album didn't quite capture the energy of its predecessor, not that you'd notice from the reaction it gets, but it's still a formidable record from the moment Jon bounces on to the stage for opener Detonator through the mad stomps of singles Devil's Radio and The Only One to the closing call of Your Girl.  He's on sprightlier form tonight, scoffing at those who called them a one hit wonder and telling the crowd they're the best ever to screams of acknowledgement before laughingly telling them he says that to all the crowds. 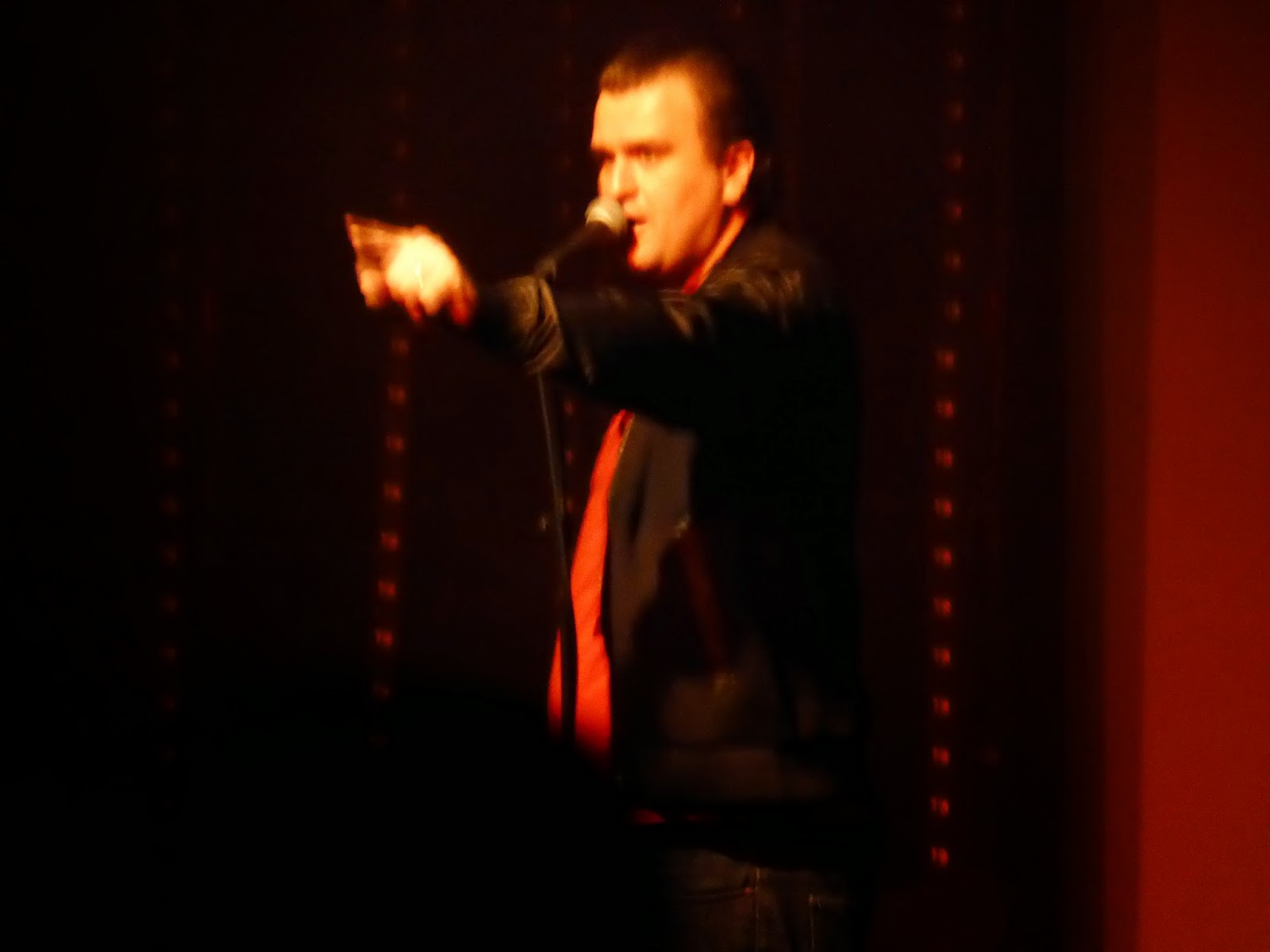 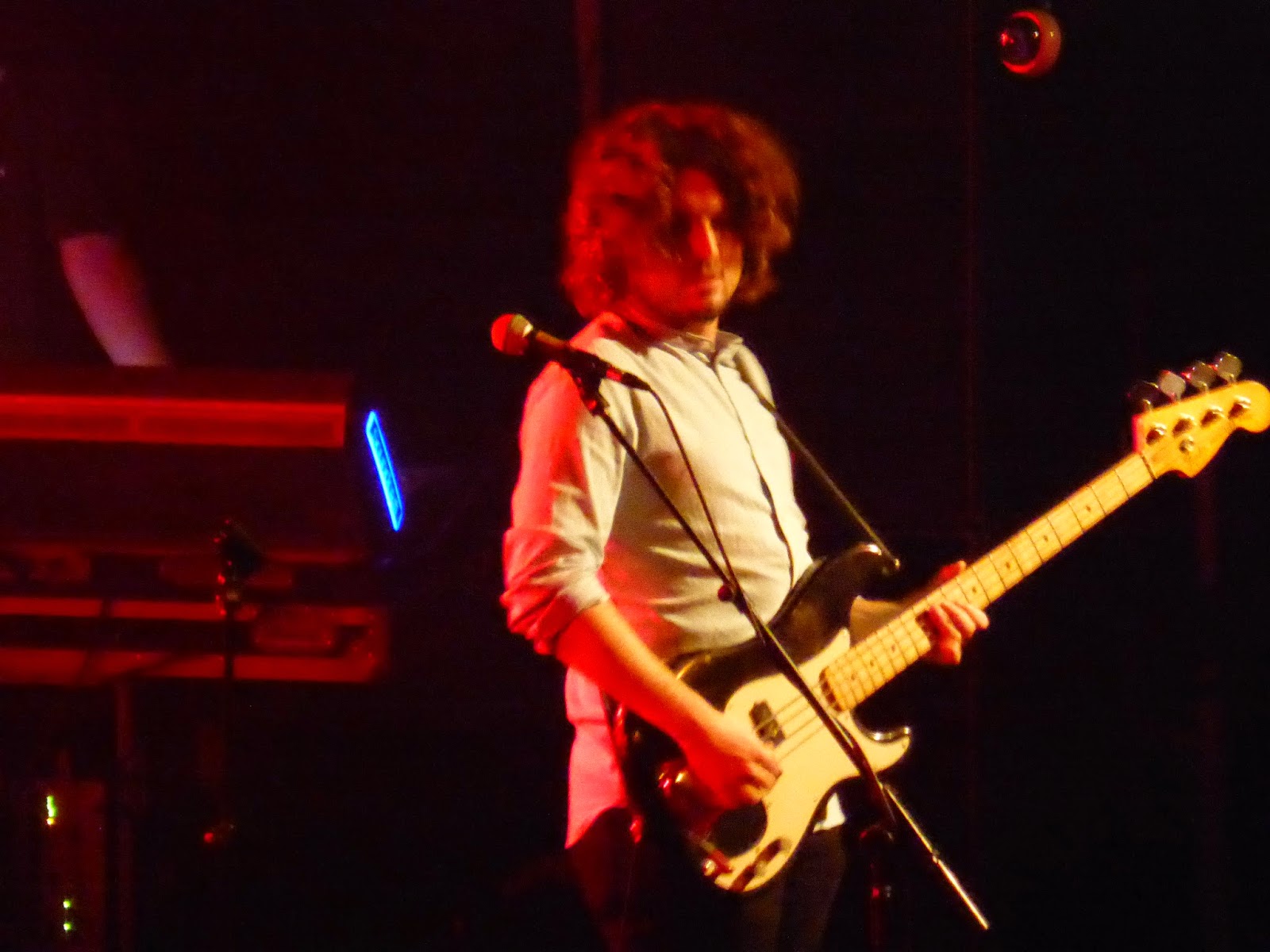 @Reverend_Makers is, for all the commercial success of the debut, the album that really made connections for the band with their audience.  That's why there's two generations of people in the crowd tonight, the young who finally have someone older they can look up to who gets them, gets their lives playing real music and real instruments and the older ones who remember Rev from the first time round and want to relive their youth vicariously through the record.  They start with MDMAZING from the Mixtape that came with the Deluxe Edition which baffles a few to start, but they soon get into it and then the bangers just keep on rolling, only pausing from breath slightly when Jon picks up the acoustic guitar for Yes You Do. It seems like everyone in the building is singing along with every single word as if in some altered state communion and it does feel like the floor is in danger of buckling under the weight of a crowd that doesn't stop bouncing.

There's no outside performance tonight as Jon has to rush off to a DJ engagement in Leeds, but we do get a two-song encore.  Firstly we get Heavyweight Champion Of The World, which has been played at every Reverend And The Makers gig and Jon says he's not going to not play it tonight like Radiohead don't play Creep just because of the format.  And then fittingly, they go out as they came in to the crowd singing the trumpet sample of Silence Is Talking as huge balloons bounce around the Academy and ticker tape is fired from a stage-side gun.

The one minor quibble about proceedings, other than the first night DJ, is that this is a celebration of ten years of the band and whilst there's the obvious connection to the great city of Sheffield and a great deal of thanks to be paid to the local fans that have supported them, it feels like that's been rammed down your throat at points and that we're intruders at someone's party.  There's people who've travelled for these shows from all over the country, and indeed all over the world who've supported them just as long. Reverend and The Makers speak to people the world over, not just the People's Republic Of Yorkshire and local football fans.

With album five in the bag and ready for release early next year, it'll be interesting to see what direction that takes Reverend And The Makers in, but for now, this weekend is about celebrating the past, coming together and reliving four great albums, bouncing around the dance floor and singing until you can't sing no more.  Replaying an album in full in order in a live setting doesn't always work as the running order is put together for listening at home rather than in a room with 2,000 others.  Magically, it doesn't seem to matter with Reverend And The Makers.

Recordings of the two nights can be purchased from Concert Live's website.