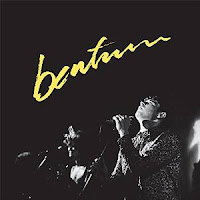 Brighton's Bentcousin have been making waves for a while now with their anything goes approach to musical genres. Their debut self-titled album, released last Friday, continues that approach. It's a real pot-pourri of sounds, but somehow they've managed to touch so many bases and still managed to create an endearing and cohesive album.

At points it harks back to the innocent indie-pop of Sarah Records and in others there's shades of rap and hip-hop, but somehow it all fits together like a great home-made compilation tape and makes perfect sense. We're not quite sure why.

A sign of intent is their cover of Dinosaur Jr's Freak Scene. It feels like the lovechild of J Mascis Jnr and one of those electro-pop bands like Dubstar from the 1990s. It shouldn't work, but it's a brilliant reinvention and retelling of one of the monoliths of that garage / grunge scene. They bring in Lord Gabe and Lo-Fye for Where Do I Belong for a rap section which takes the record off in a completely different direction and the album's title track which concludes the record has Keith Levene giving the album a fuzzed-up final twist.

It's a record that has a whole load of further cultural touchpoints, the opening track Fuck The Queen talks about "listening to John Peel" after making animal noises during sex (trust me, the song works), The Last One talks about being friends on Facebook and the brilliant shimmering summery hedonism of Rock N Roll Me has Amelia breathlessly and excitedly declaring "you make me feel like Donna Summer" and Uncertain declares "you like The Splits and I like The Go-Gos"

There's an interesting contrast between vocalists that's a common theme through a record brimming with guests, but it's the interaction between Bentcousin's own Patrick and Amelia that stands out. On Baby You're My Jesus, Patrick sounds like Jarvis Cocker covering The Doors whilst Amelia loses herself in a world where sixties girl band harmonies rule the roost. Everything Is Everything is the two of them having a conversation set to music, a fascinating combination of Patrick trying to woo Amelia.

Bentcousin is a record that really shouldn't work. It's got too many ideas, too many styles fighting for space in it and a lack of a coherent theme or style running through it. The sensible thing would be to hate it for its complete chaos. But, somehow, despite or possibly because of that, it makes perfect sense if you listen and appreciate it for what it is, one of the most inventive and weirdly addictive records you're likely to hear this year.

Email ThisBlogThis!Share to TwitterShare to FacebookShare to Pinterest
Labels: Bentcousin