Track Of The Day - LIINES - Blackout 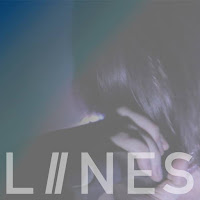 The end of 2015 saw triumph after triumph for Even The Stars' favourites LIINES. Their single Never There was picked up by John Kennedy at Radio X and made his Hot One Of The Week as well as him making the band one of his tips for 2016, they sold out their single launch at Night And Day and featured on influential sites such as The Quietus and Louder Than War. They've been quiet at the start of 2016, but are back with a new single Blackout and a March tour.

The song is already a live favourite so will be familiar to anyone who has seen their full-on and fierce live shows. Clocking in at under two and a half minutes, it's a fireball of energy set to a pulsating drumbeat and a spindly dancing bassline. It was recorded at Airtight Studios in Chorlton and produced by Alan Lowles. It's released officially on March 11 to coincide with their next big Manchester headline show at Soup Kitchen. It received its first play on John Kennedy's Radio X show last night.