Track Of The Day: Jake Thomas Turnbull - One More Day 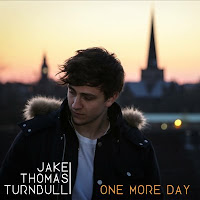 One More Day is the latest single from Jake Thomas Turnbull. It's released on February 12, but the North East singer-songwriter has just revealed the accompanying video to the song, his first since upping sticks and moving to London.

It's a beautifully striking and emotional track that reminds us of the best of Stephen Fretwell and Liam Frost's acoustic work and the video reinforces the sentiment of the song. In parts the acoustic guitar is augmented by some subtle strings that add to the aching longing feeling that's expressed in Jake's voice.

The single is launched with a gig at The Timberyard in Soho, London on February 12th.