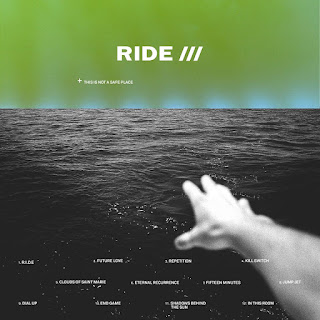 Ride return with a new single Future Love and the announcement of their sixth album, and second since their reformation, This Is Not A Safe Place due for release in August. Future Love manages to both recreate the euphoric optimism Ride's glorious Going Blank Again past whilst sounding fresh and reinvigorated in a way many reformed bands struggle to do close to three decades after their first commercial peak.

The single was described by guitarist Andy Bell as "Future Love is a song about the beginning of a relationship, when everything feels possible" and one listen to the track very much gives that impression, the song lifting the listener up with its melodies, the wistful summer feel of the guitars and vocals and the unashamed optimism of the lyrics that declare at the start "I see you, are we drunk on morning dew, because I can't say your name, but you got me going, yeah you got me going, skies are blue and I can do anything."