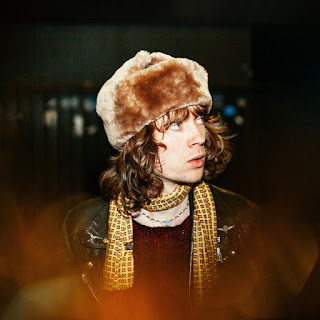 Power Never Changes is the debut single from Coby Fletcher, a face and voice you might recognise if you're familiar with the Manchester music scene. He's striking out under his own name now and Julia Grantham takes a listen to his first offering.

We’re living in a world of uncertainty, and while the future may look bleak and unknown, having music to turn to which can provide a vessel for our fears, frustrations and perhaps even anger can help give a voice to what many of us may be unable to express otherwise.

Coby Fletcher, a musician known previously as one part of bands Cupids and Gramotones, poignantly and brilliantly has just released his debut single ‘Power Never Changes’ which provides a much needed and refreshingly different song, serving to reminds us of the vicious cycle of power and corruption within politics today and throughout history. It’s an incredibly insightful and bold way to make your first mark on the industry as a solo artist and I for one, can’t wait to hear what Coby’s next release might be.

Opening with a steady percussion, leading into a synth style undertone- the sound is immediately futuristic in nature and pulsates throughout the track like an omen. It’s dark, but creates suspense and the opening line ‘As I see the country changing’ is sung clearly, purposefully and straightaway invites us to sit up and pay attention: here is a song with an important message. This is not throwaway pop, it’s a song about the world in which we live, our future, our lives.

The chorus thumps out the bass in direct contrast to the vocals which hits the high notes. It’s clever; as if the music represents those in power, the dark heavy sounds, but the voice is just one person and almost a cry for help. This is a hard-hitting song with a lot to say. In the video, the montage of political figures past and present is juxtaposed with someone blind-folded, hands-tied, unable to see and powerless to move. The imagery of being trapped, against a black background is impossible to ignore and the whole song invites us to question what we can do to change our own fate.

The first two thirds of the song is filled with deep and dark minor chords, but within a wonderfully unexpected major key change comes the words ‘I believe in love’ and a glimmer of hope is injected into the track. It invites us to think long and hard about what we can do to change the world in which we live in such a way that makes this song impossible to ignore. I’d love this video to be on every major billboard in every city across the world. Anyone know how we’d do that? Fancy watching it and sharing it on Facebook? I might start that off when this review goes live.