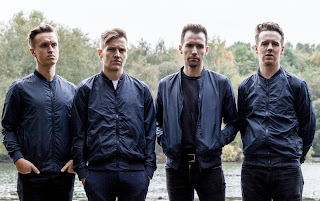 One of the country's most under-rated bands Dutch Uncles have announced details of their fifth album Big Balloon to be released via Memphis Industries on February 17th. They've also revealed the rather striking title track which heralds a return to the more guitar based sounds of their earlier records.

Frontman Duncan, he of the eccentric dance moves, says of the song "The song has a simple message: to be content with who you are. If you need help with that, then don't be ashamed or frustrated. If other people appear to be doing a better job at being you than you then it means that that's not you. And that's okay too."