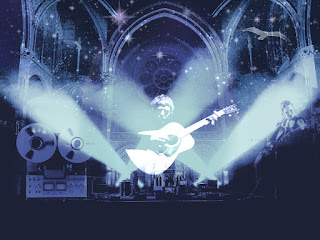 Leave Alone The Empty Spaces is the title track from John Bramwell's forthcoming debut solo album. He's released a video of the song being performed recently at Manchester's Royal Northern College Of Music.

The I Am Kloot front man's album was written and a lot of it recorded in his home studio and he previewed eight of the songs from the record at the sold out show which we reviewed.


John Bramwell's website can be found here.  He is also on Twitter and Facebook.  The album can be preordered on CD or limited edition vinyl here.