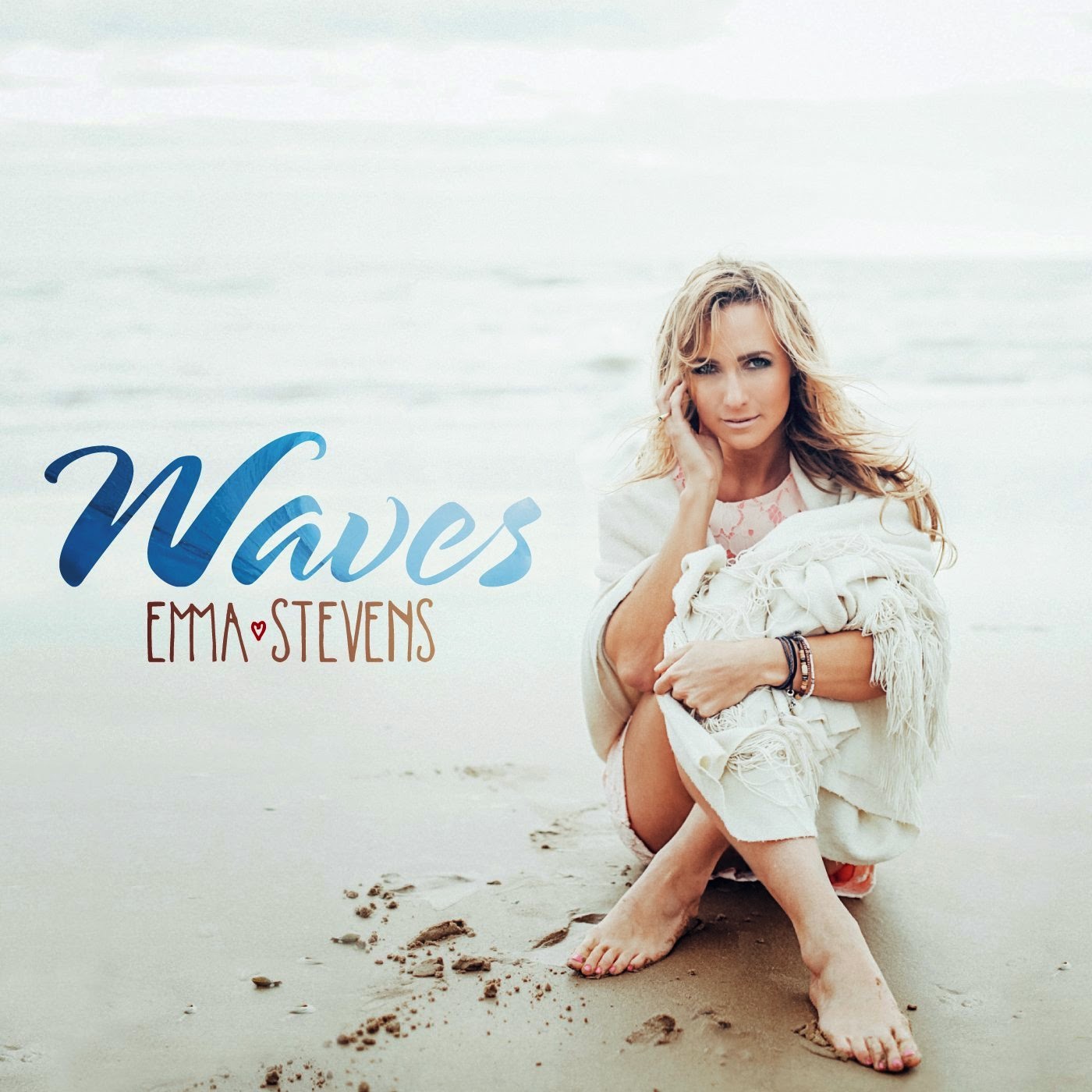 This week Emma Stevens released her second album Waves.  We caught up with her for a chat about the making of the record.

Where does the title of the album Waves come from?

It’s for lots of reasons, really. I think we all have different feelings and emotions, and they come in waves. And this album takes you on an emotional journey. I'm an amphibian... I live to be in the sea and by the beach – I love surfing!

Can you introduce the musicians who play with you on the album and live?

Sure! My right hand guy is Sam Whiting, he is amazing electric guitarist and does killer solos on my album. I take him everywhere! I also have James Rees Flynn (drums) and Pete Snowdon (plays on Amaretto Kisses on the album) who play for me live and Sam Rommer who plays trumpet and bass on the album. Matt Round also plays bass for me occasionally, but he's often on tour with the likes of James Morrison!

I am so lucky and blessed to have the opportunity to work with such incredible musicians. Touring could never get boring!

There’s been a relatively short space of time between your debut Enchanted and Waves.

Yup... I can't stop! It was approximately 2 weeks before I started writing "Waves"... It took 7 months to write. I'm so proud of it.

Do your lyrics come from personal experiences or observations? The theme of the album in songs like Make My Day and Helium seem quite a contrast to songs like Once on your debut Enchanted?

I always like to write positive songs. So on "Waves" there are songs like "Yes", " "Shooting for the Moon" and "Anywhere" which send a strong positive message.

But I have also been through great loss - losing my Mum is something that I'll never stop writing about, so "Sunflower" from Enchanted and "Helium" are songs that add a bit of sorrow to my album. But that's just life - we can't be happy all the time!

You’ve a very close bond with your fans, who’ve taken the collective name The Sparklers and the word sparkles comes up often when reading reviews of your music. Do you feel that this might allow people to categorise you easily and could undersell the depth of your music?

I LOVE my fans, they are my musical family. I heard someone once describe my music as sparkly, and I guess it stuck!

I’ve heard songs like Once and Make My Day often get heard in department stores and supermarkets. Where’s the strangest place you’ve come across one of your songs being played and how does it feel when you hear it?

I walked into my local petrol station and "Once" was playing out through the speakers. I was so excited that I told the man serving me. He thought when I said "This is my song" he didn't believe me! It was so funny.

What have the highlights of your last twelve months been?

Headlining the BBC Introducing Stage at Hyde Park last year was pretty amazing. I also went over to Ireland and did my first ever TV performing on the Late Late show. And of course, my 12 hour buskathon which I did for Children in Need!

Do you plan to tour the album and what else have you got planned for the next twelve months?

YES! I'm hoping to tour next year. We are planning more international travel (Holland, Ireland, Vietnam, Australia) and I really just want to get my music out there for everyone to hear!

Waves is out now.  Read our review of the album here.