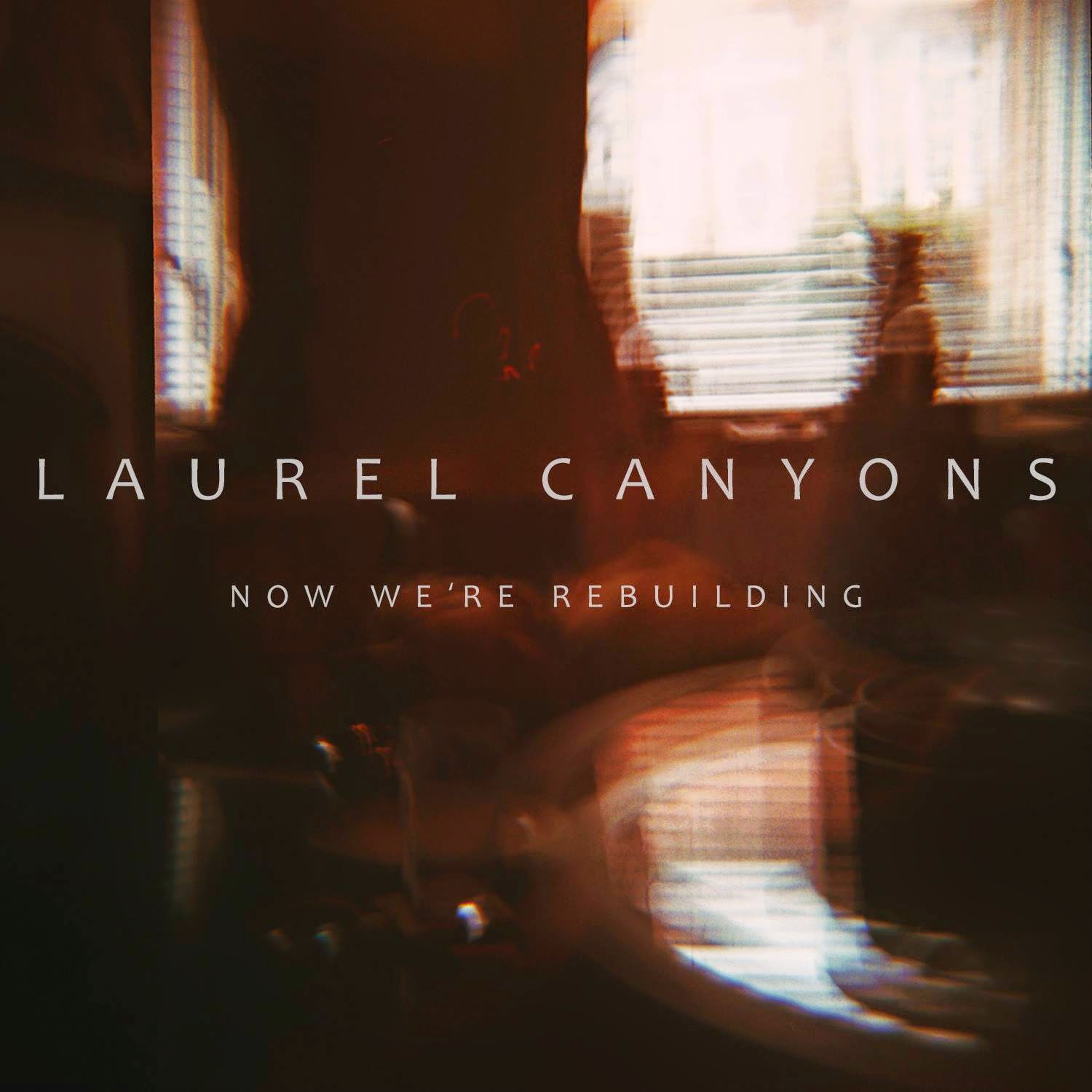 Ahead of their forthcoming UK tour with The Crookes, Laurel Canyons release their new EP Now We're Rebuilding, their first since signing to Hit Or Heist.  In a time where their native Sheffield is producing a conveyor belt of bands with beautiful harmonies, Laurel Canyons take a darker, more esoteric route with this EP, but with no less success.

The EP starts bravely with an instrumental with the imaginative title of Introduction.  Cry Hard Cry Fast starts with honest self-assessment "if only you could see me now, slightly older, much more doubt" which turns into the get-out valve of the chorus (and title). It's defined by a guitar hook that dips in and out of the song throughout, drumming patterns that dictate the pace and changes in tempo and the part falsetto vocals of the title, which take a little getting used to (a theme of the whole EP, which takes a few listens to really appreciate its beauty).

Owe Nothing is in similar vein, eschewing the opportunity to deliver saccharine pop for something deeper and more rewarding once you give it the time. The lyrics are cryptic in parts, especially the opening line of  "the ugly and the overfed have taken all my songs" and again delve into self-assessment and self-doubt.  The song is underpinned by a plaintive drum beat and subtle guitar and the real embellishment is the change of the vocals from half-spoken half-sung to reaching for the ranges in parts as it builds to its conclusion.

Love In The Wine is even more minimalist in its approach to what's gone before, the very anthesis of most of what is coming out of Sheffield at the moment.  It tells a tale of parents that have split up, the father having gone on to find a new wife, but the mother's advise is to find "love in the wine". There's a haunting piano line which makes it even more maudlin, but also more affecting, a band not afraid to bare their souls and wear their heart on their sleeve.

Stand out track for me is five-minute closer Never Said A Word, reminiscent of Bends-era Radiohead with expansive guitars right from the start and it doesn't divert from that strident intent throughout. Again, the lyrical themes touch on isolation and self-doubt "I never felt so alone, when you're around".  It's a sign that they don't lack ambition or the ability to upscale their sound to something that could fill big rooms.

The EP was recorded with Colin Elliot, better known for his work with Richard Hawley and Jarvis Cocker at Yellow Arch Studios in Sheffield.  It's a dark record and one that takes a few listens to immerse yourself into so be prepared to give it time to delve below the surface to appreciate the fine musicianship and the articulate lyricism.

Now We're Rebuilding is out now digitally and limited edition CDs can be purchased from their live shows in November supporting The Crookes which include :