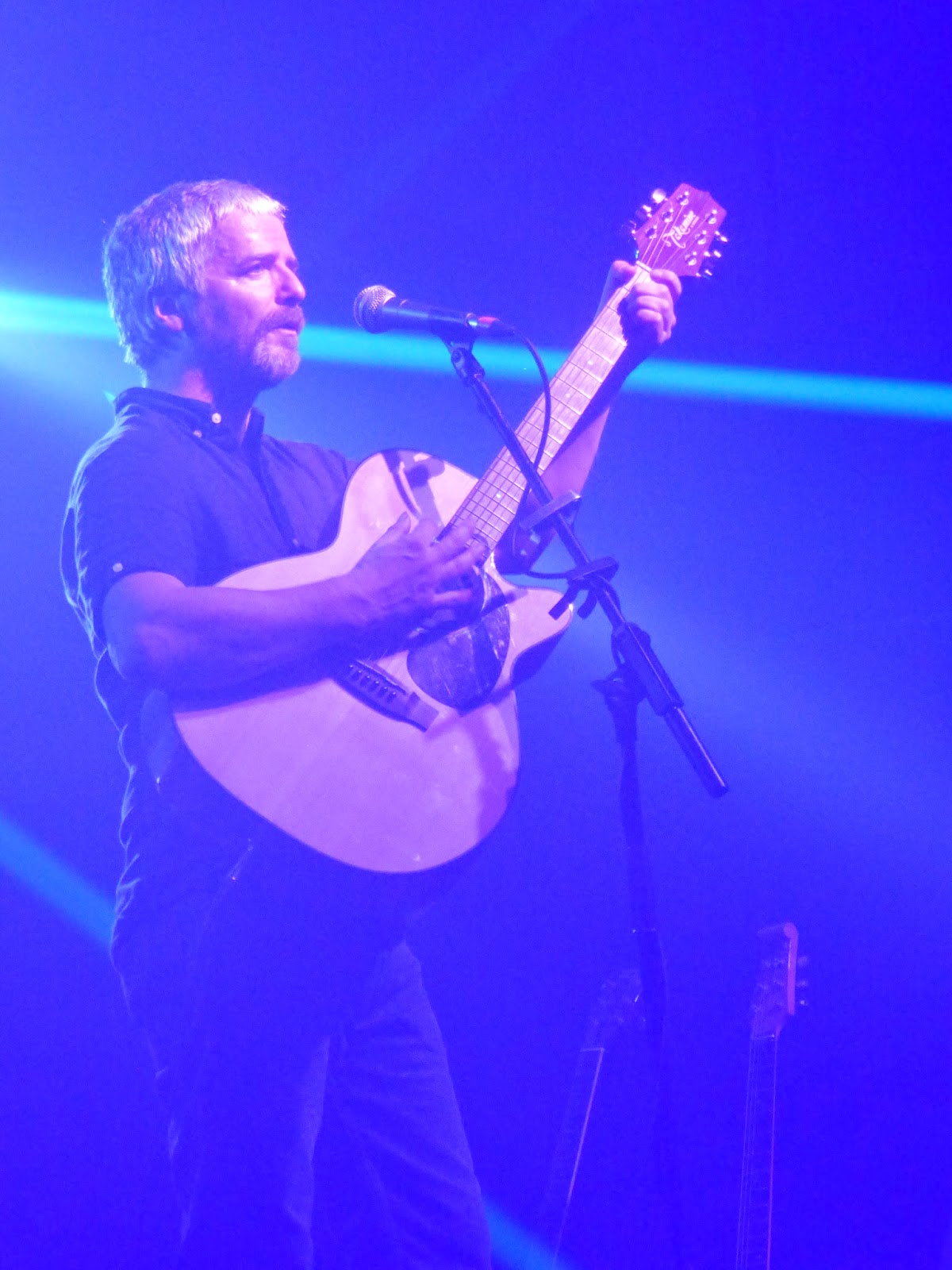 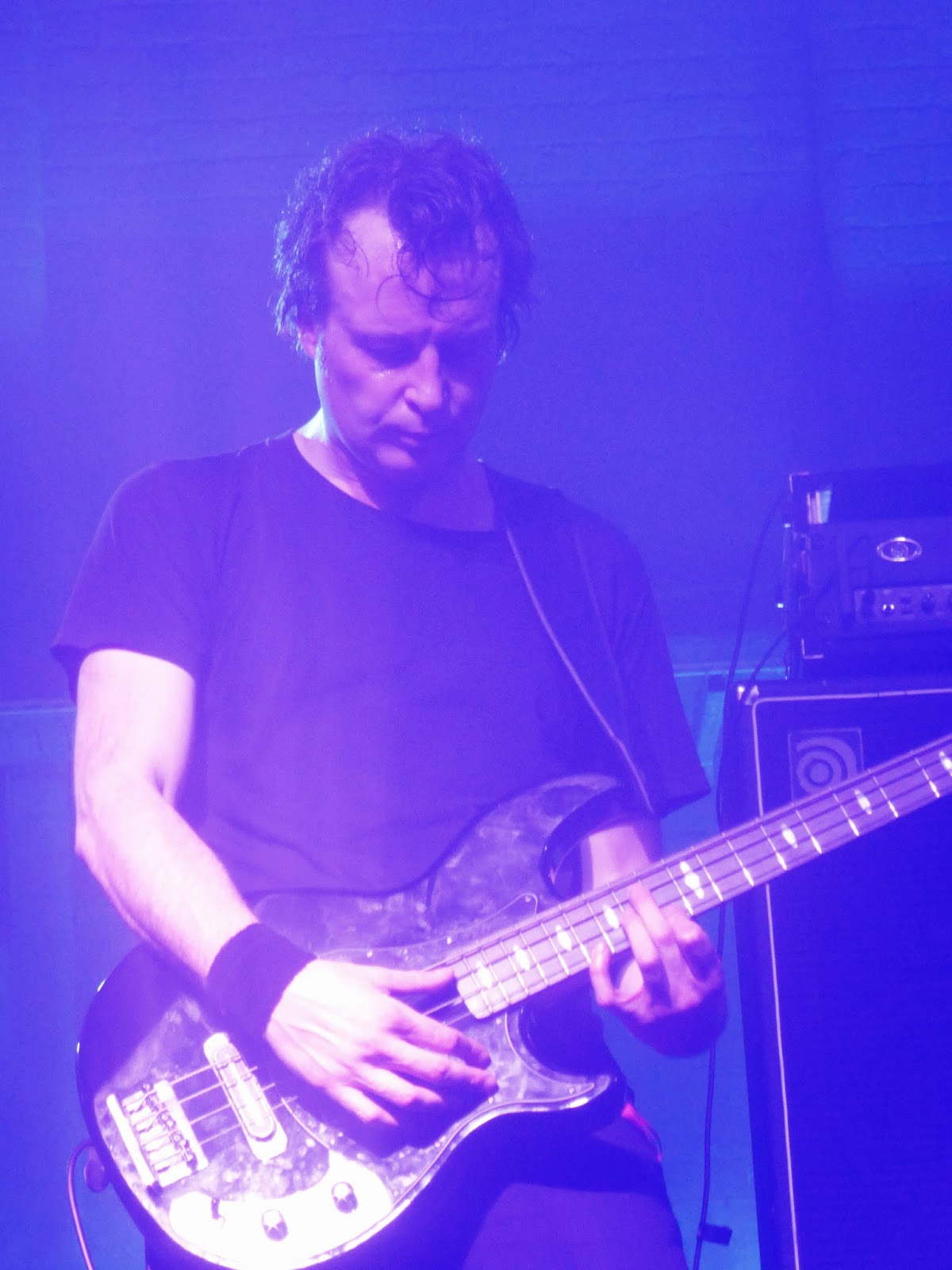 There's a story in music legend about when Dylan went electric and completely changed his music that had made him popular.  Headlining the first night of the Whisky Sessions, I Am Kloot delivered a set that, in their own world, had exactly that impact, playing not a single song from their last, and most successful by far, Top Ten album Let It All In.

It's been a quiet year for I Am Kloot.  Apart from a few festival slots, they've kept a low profile as a band as John Bramwell has been out on a never-ending solo tour until they headlined the opening night of the Whisky Sessions festival.  With the camaraderie between band and audience focusing on songs based around the themes of drinking and disaster, they're the perfect headliner, even if John admits half way through the set he's not really a whisky drinker. 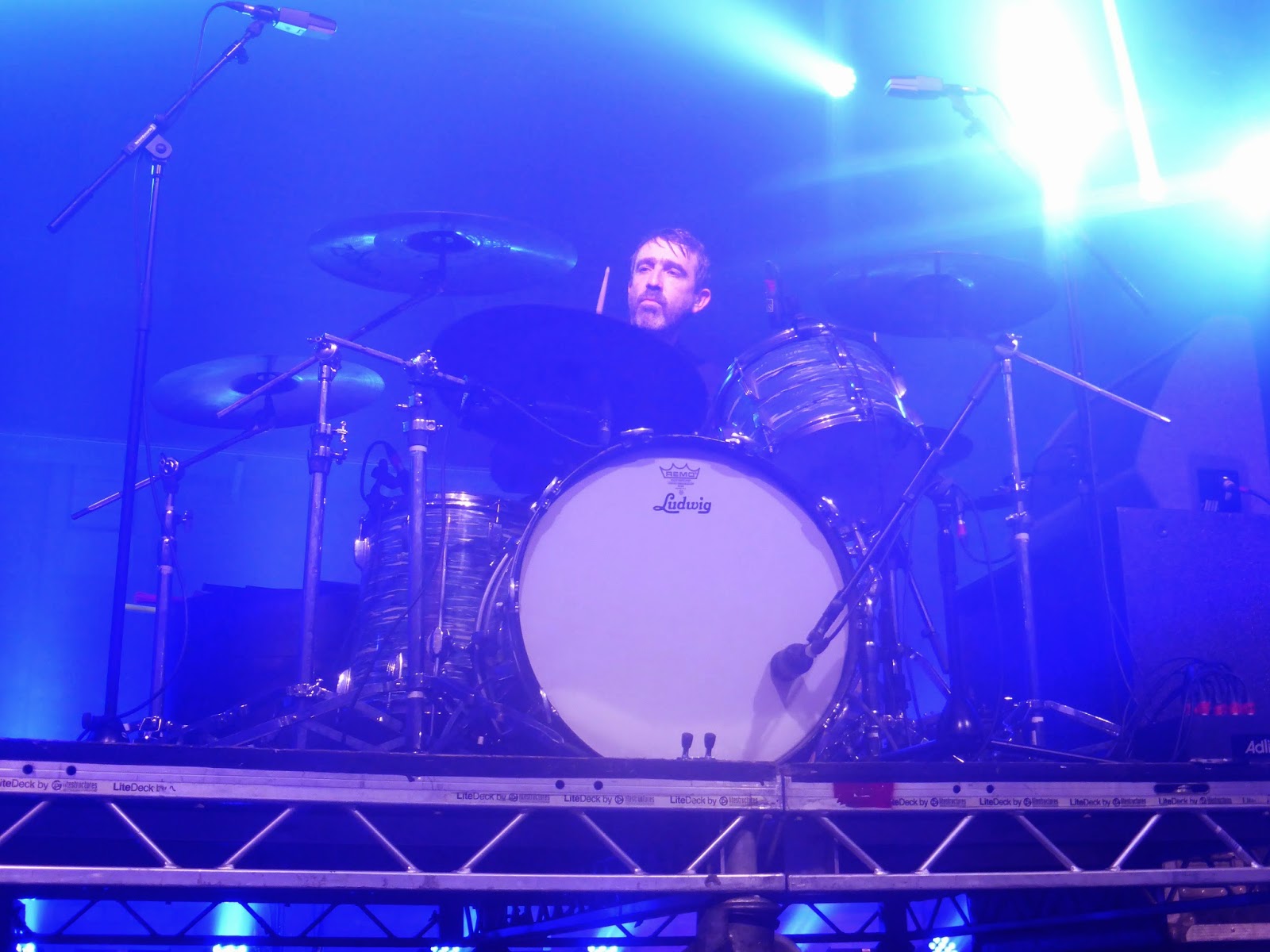 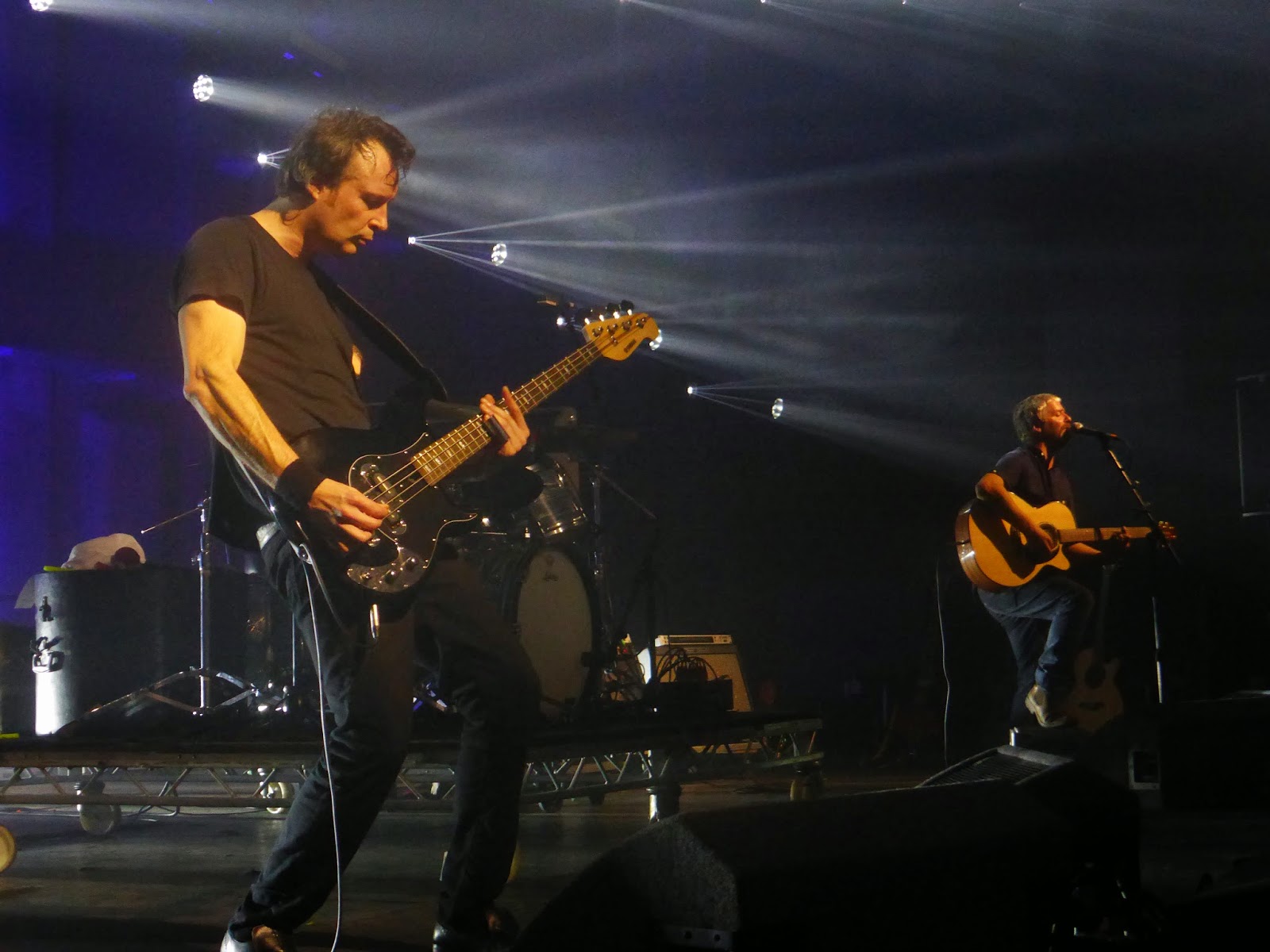 Having adorned the last two albums with all types of string sections and additional musicians and seeing their critical star rise, you'd assume that most musicians would, as their contemporaries and friends Elbow have done, pack this headline festival set with those songs that facilitated that breakthrough.  Kloot are a completely different beast though, you always felt that the change of direction didn't sit comfortably with them and that the trimmings of those two records diluted the raw power of their early records.  Tonight is going back to the land.  They're a three-piece again, just guitar, drums and bass, but the noise they make feels like so much more than that.  It's right in your face, raw, aggressive, loud and threatening, everything that the message board cynics would say they turned their back on for a while.  They're not technically perfect, but when has the best music ever been that, as Bramwell put it so eloquently "we're fucking up left, right and centre, but we're still gracious and brilliant." 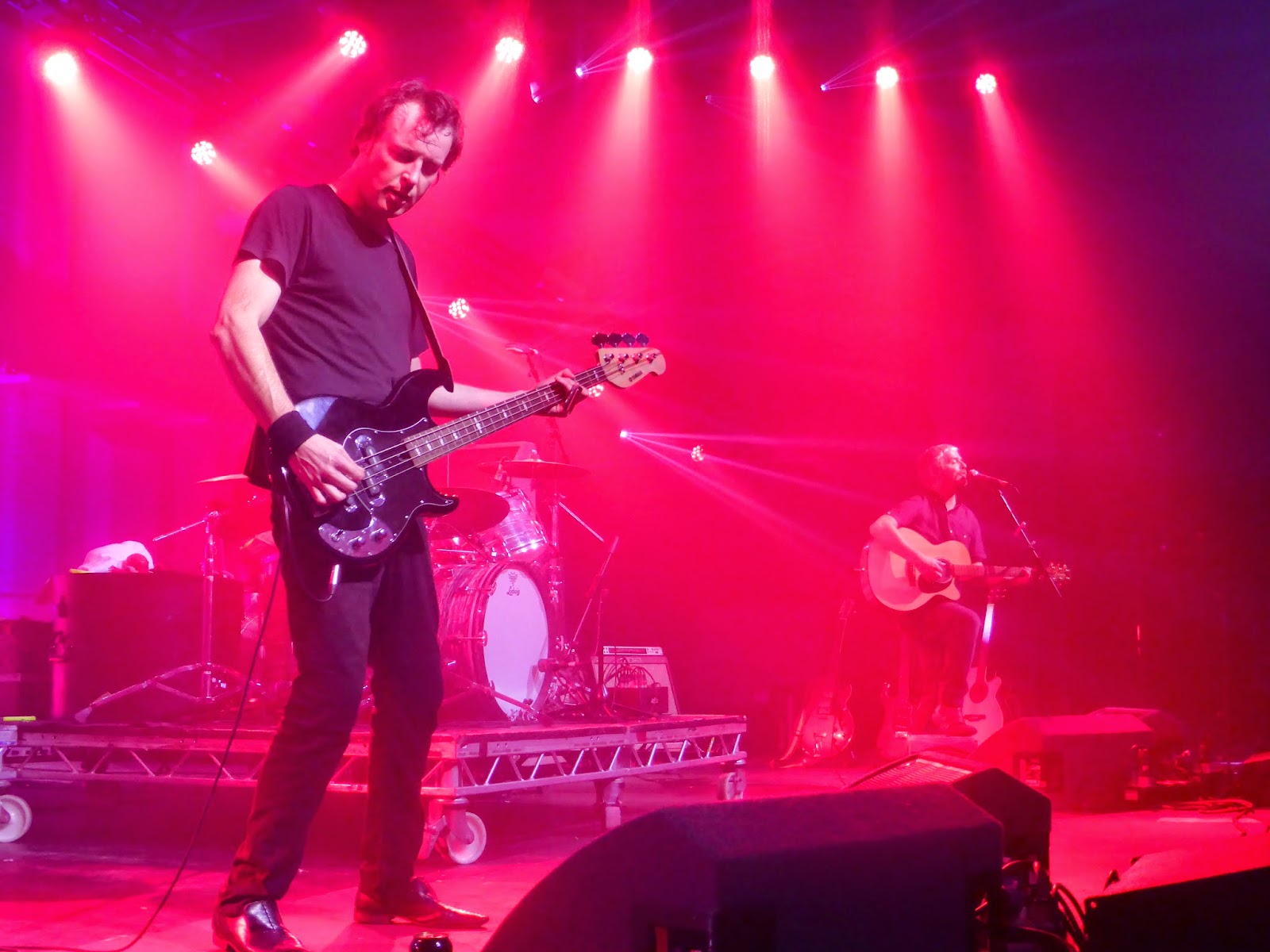 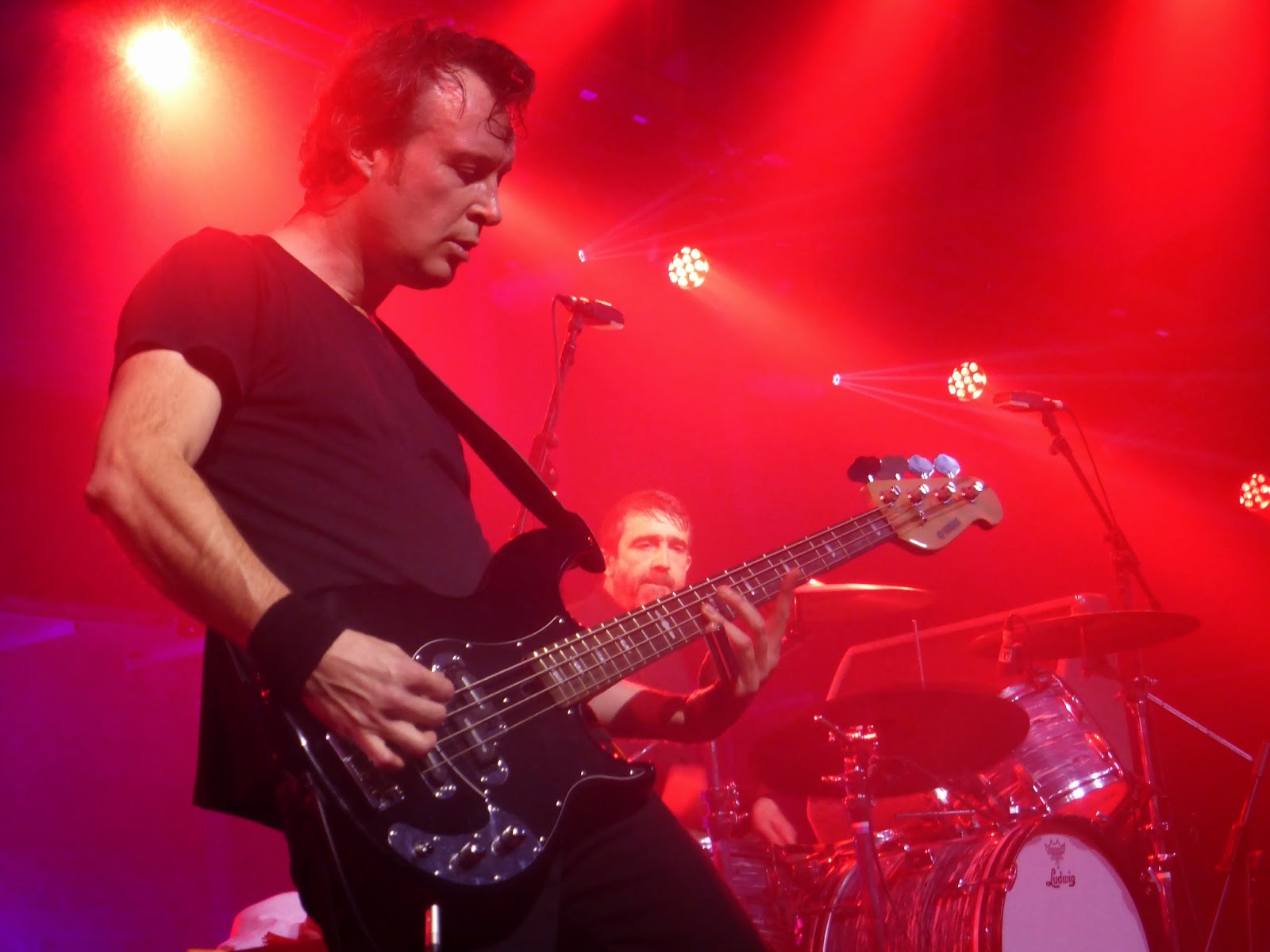 They're wrong of course, Kloot have always the softer side to their canon - look at Astray and No Fear Of Falling for example - but tonight it's nowhere on show.  The setlist contains nothing from Let It All In and of the three songs from its predecessor Sky At Night two of them (Fingerprints and Proof) pre-dated that album by many years.  Turning your back on the records that probably got you the gig and which many of the crowd are probably here for is a brave move, but it's clear that this how Kloot see themselves moving forward as they never looked completely comfortable with the expanded set-up, the success and the expectations that it brought with it.  Whilst Garvey is happy to play everyone's favourite drunk uncle at Elbow shows, Bramwell is more likely to give you a Glasgow Kiss rather than a Mexican Wave. 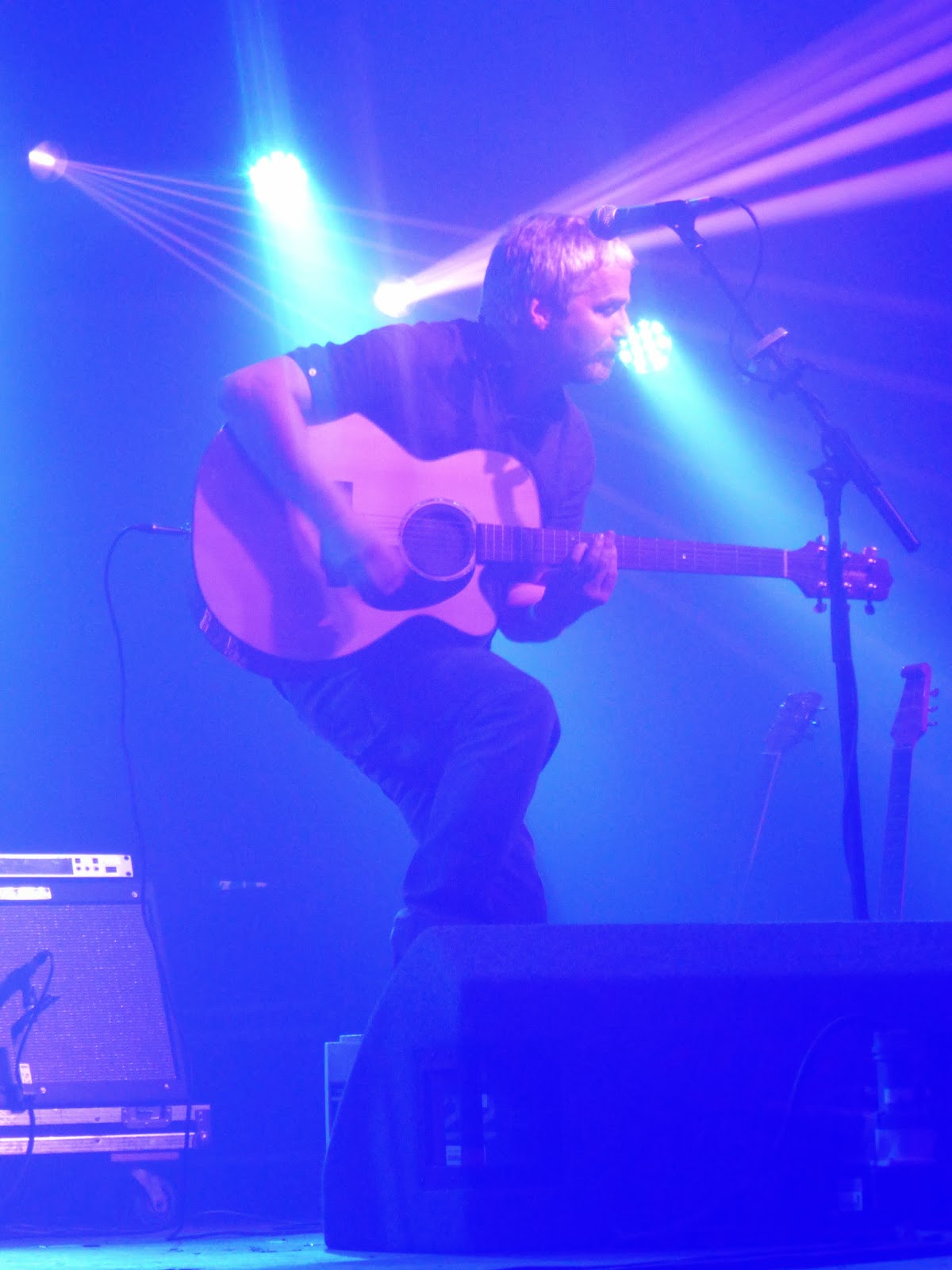 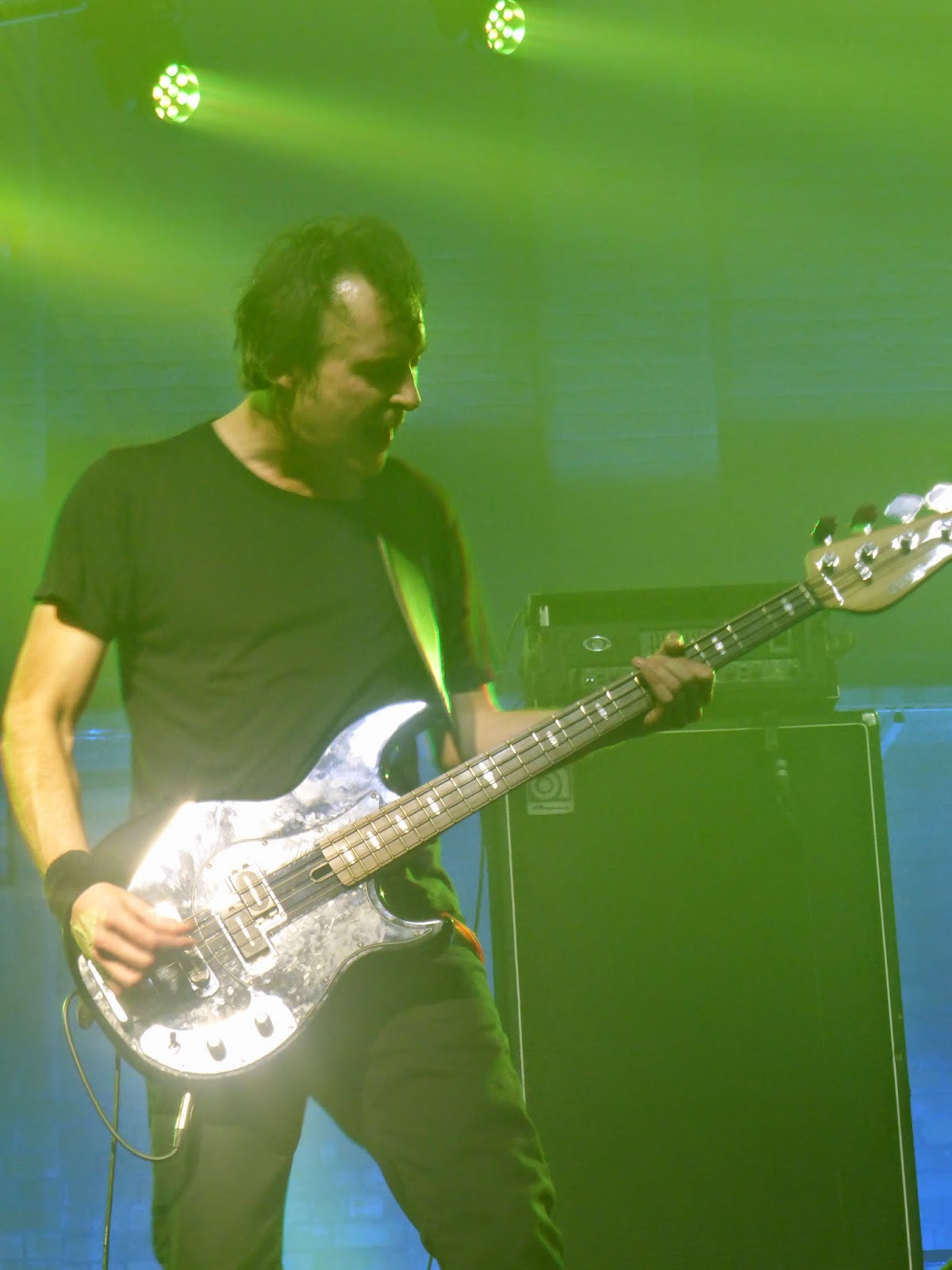 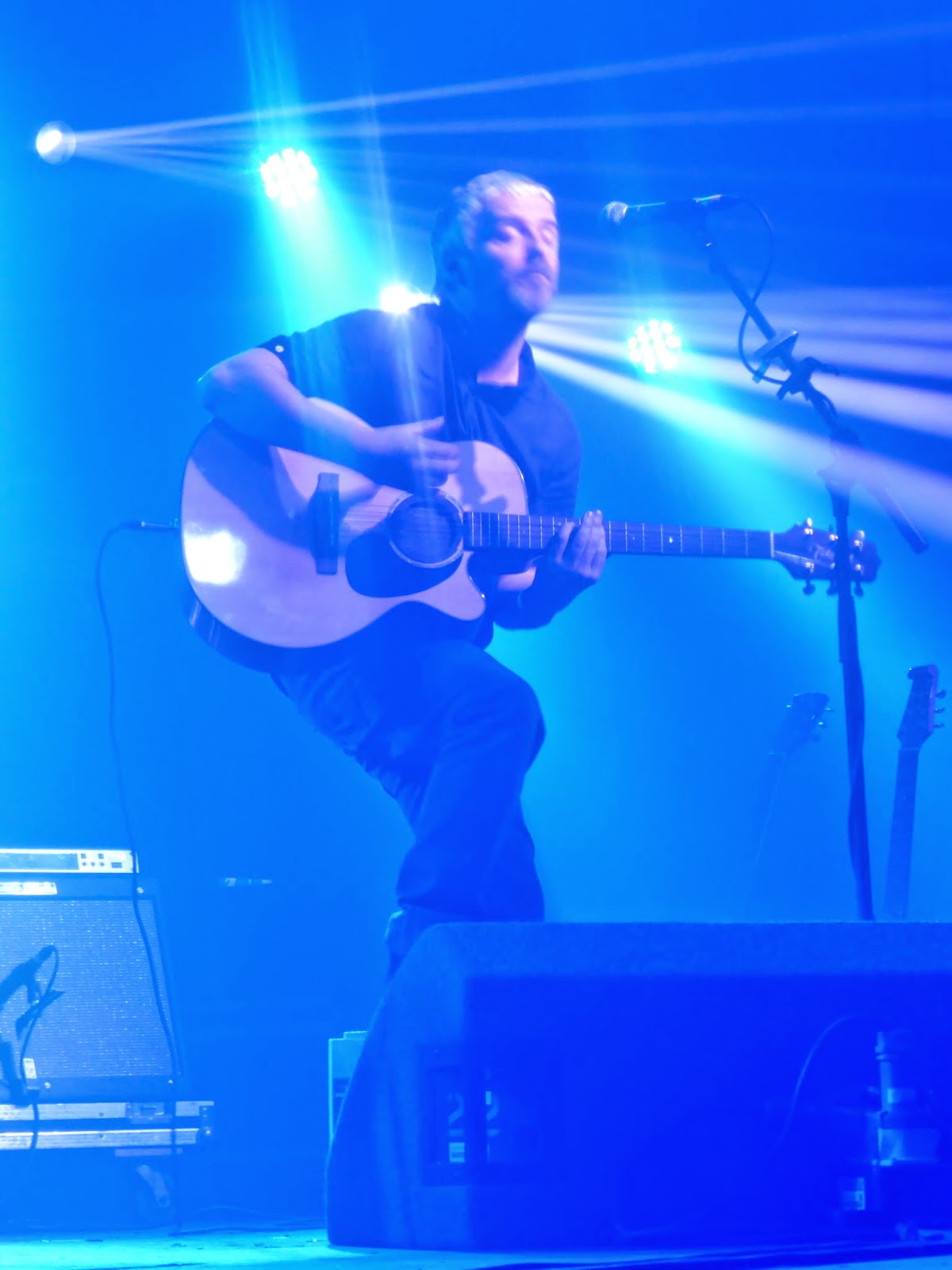 What we do get is a mix of their first four albums, tracks like Cuckoo, Dead Man's Cigarettes and This House Is Haunted that have been long buried from their setlists as well as three tracks from their criminally neglected piece de resistance I Am Kloot Play Moolah Rouge.  There's the more familiar as well - singles 86 TVs, Over My Shoulder, Dark Star, To You and From Your Favourite Sky are all present and correct and they finish the main set with a dark edgy Northern Skies.

They look and feel like a gang again for the first time in years, Bramwell teasing bassist Pete Jobson for having abandoned his traditional seated position for this gig with "for the first time ever in Manchester Pete Jobson is standing, years of inebriation rendered him otherwise, but now he rises". Those type of quips throughout the set add so much to the evening, the dark, ascerbic wit in some of them and the randomness of "we've only had one rehearsal, we love you, but I've been busy with some cheese on toast" an extension of the uneasy menace of some of the lyrics. 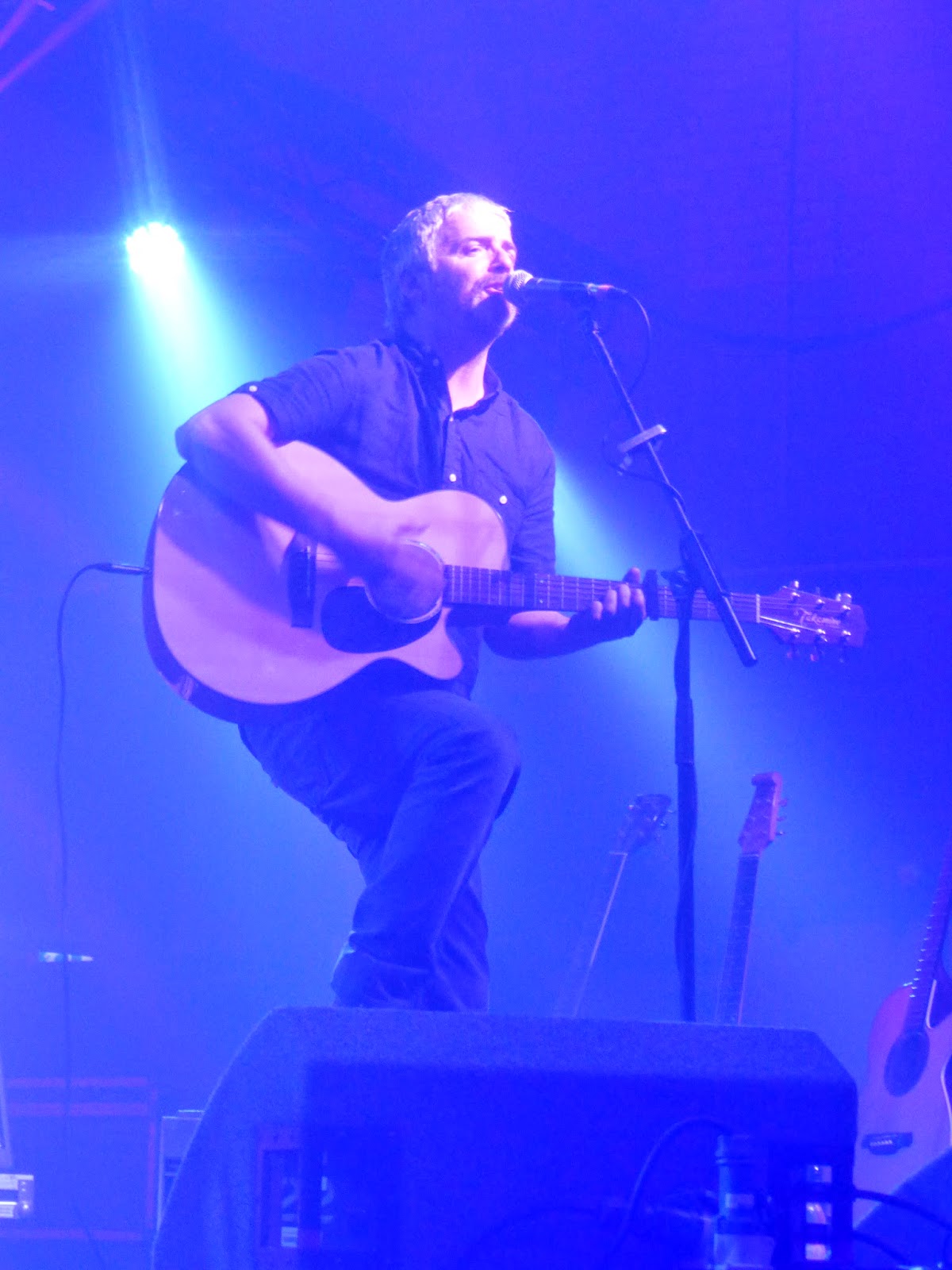 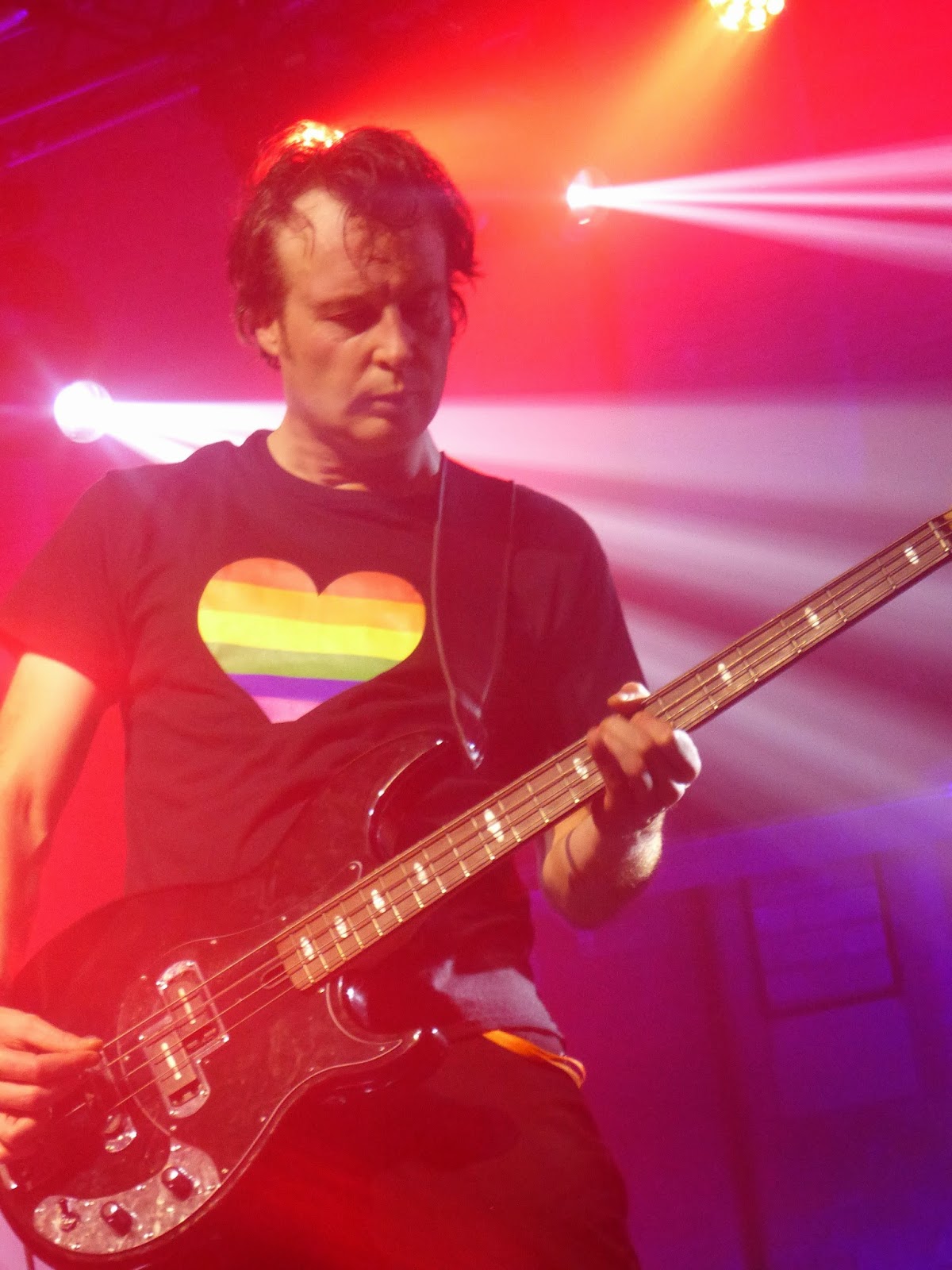 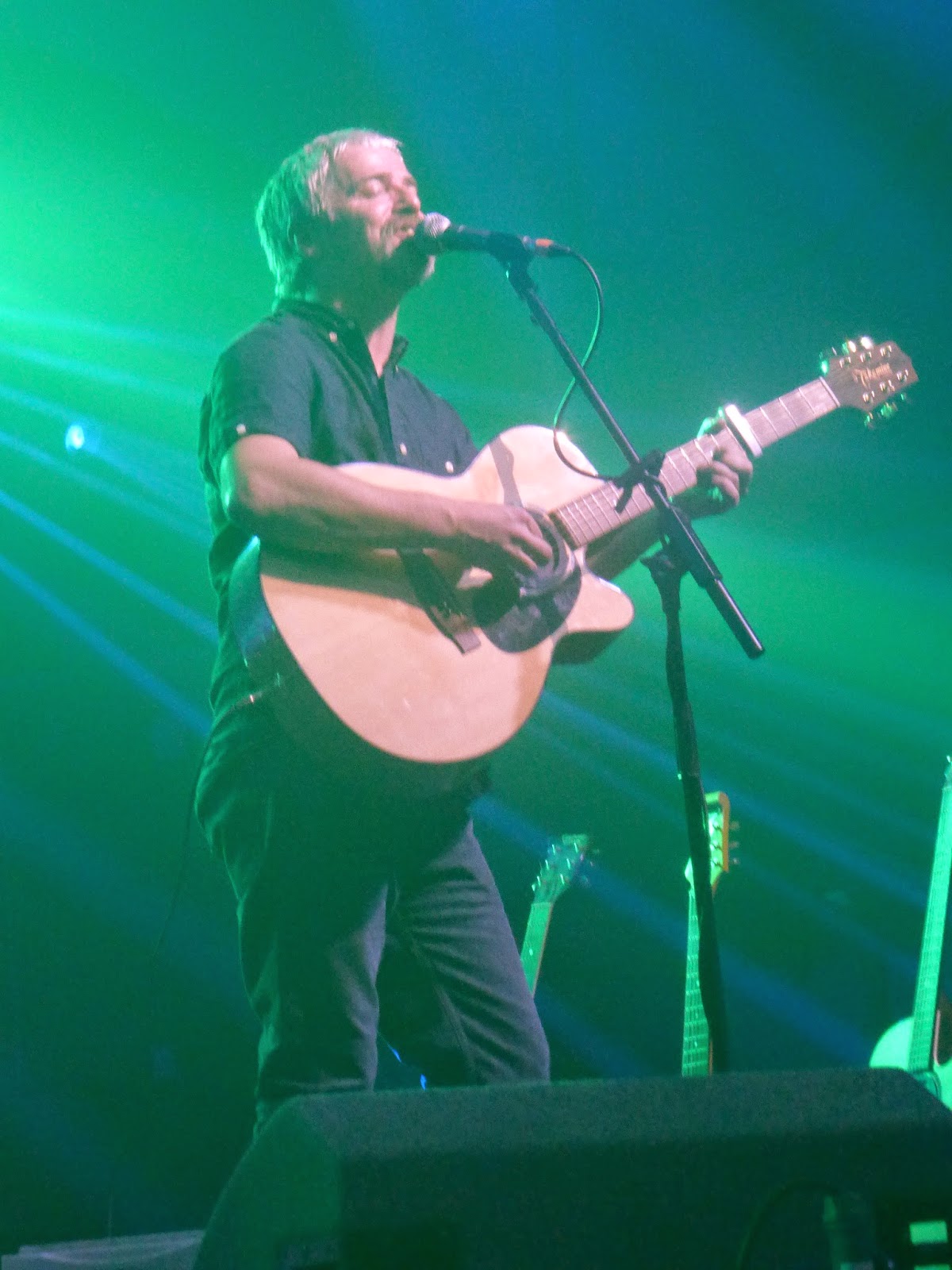 Kloot are the people's band in Manchester, the ones that reflect the dark, dingy and slightly seedy undercurrent of the city, the ones fighting against the gentrification and the mainstream that's trying to draw them in, the ones that will put their arm round you and cadge a pint. They're the ones that tell the tale of real life and all its gritty trials and tribulations rather than wrapping it up in a glossy romanticism and singalong chorus. The irony of Elbow's One Day Like This kicking in as they left the stage isn't lost - and you don't know whether it's an intentional ironic stab or mere coincidence. They'd been enticed by the shiny glamour of pop stardom, but tonight they were ours and we were theirs - they got their heart, body and soul back.

I Am Kloot played One Man Brawl, Cuckoo, This House Is Haunted, Life In A Day, Gods And Monsters, Dead Man's Cigarettes, 86 TVs, Someone Like You, Fingerprints, Over My Shoulder, Storm Warning, Ferris Wheels, Because, Dark Star, To You, From Your Favourite Sky, Northern Skies, Twist and Proof

I Am Kloot's From There To Here soundtrack to the BBC TV series is out on Monday.