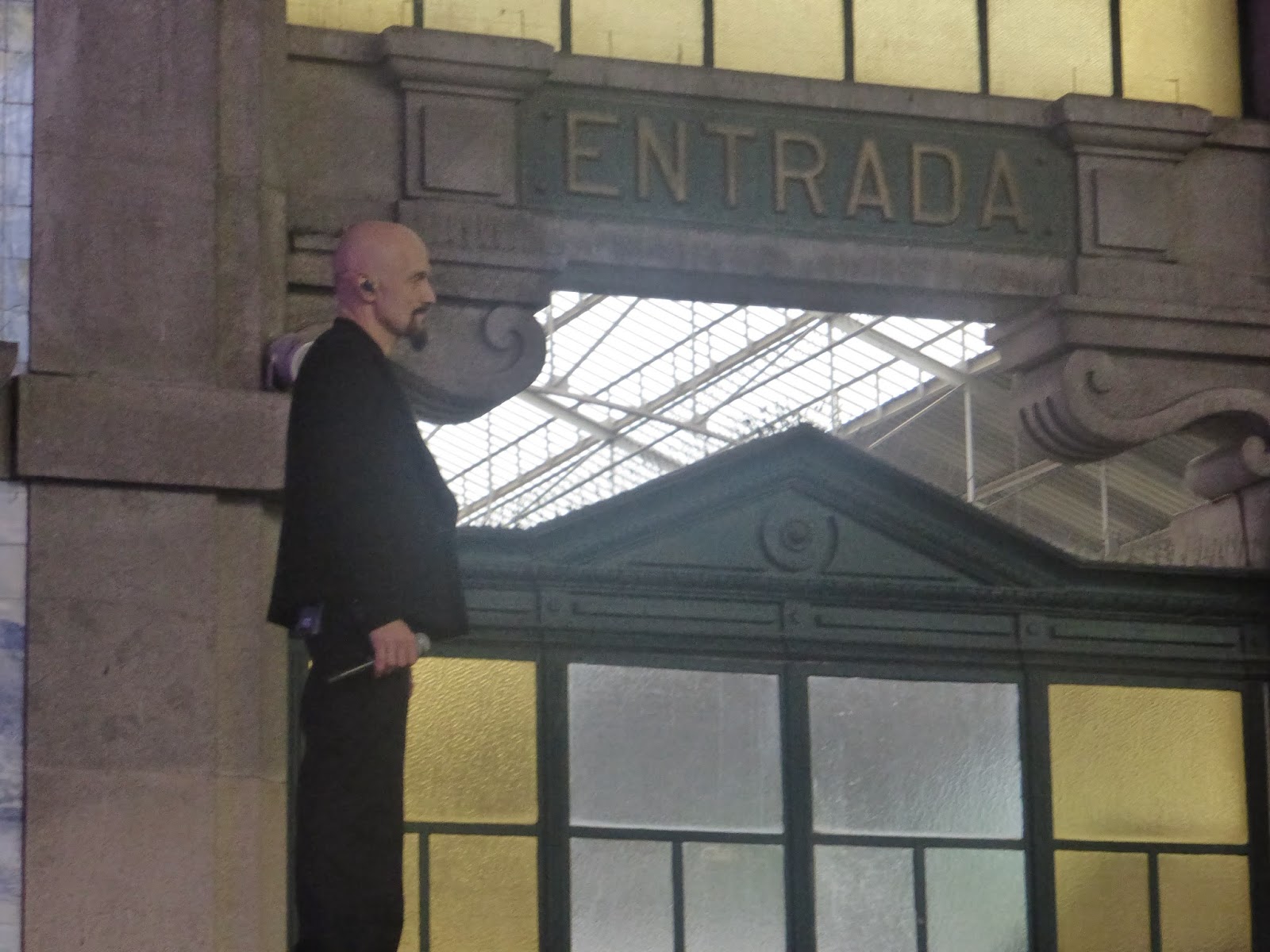 An ornate historic Portuguese railway station in the centre of the country's second city isn't your traditional gig venue, but James played a short six-song set to two thousand people ahead of two arena dates later this week.

Estació de São Bento is famous for its ornate decoration, think Wedgewood blue and white but transformed from pottery to a building.  It's the second station in Porto, albeit the most central one, serving regions to the north of the city.  This afternoon though it's transformed into a heaving mass of James fans eager to see their heroes return to the city following their show-stopping rain-drenched headline performance at Mares Vivas Festival in July, just over the bridge in Vila Nova de Gaia.

The hall isn't really built for loud guitar music, but that doesn't bother the crowd that have packed the hall despite it still being the middle of the working afternoon, causing travellers to be diverted via side entrances to get to and from their trains.  There's an expectant buzz in the air, huge cheers whenever anyone who might be associated with the band is seen emerging from the back stage area.  Just after 3pm they emerge and the rest of the city must wonder what's going on given the noise that the crowd make. 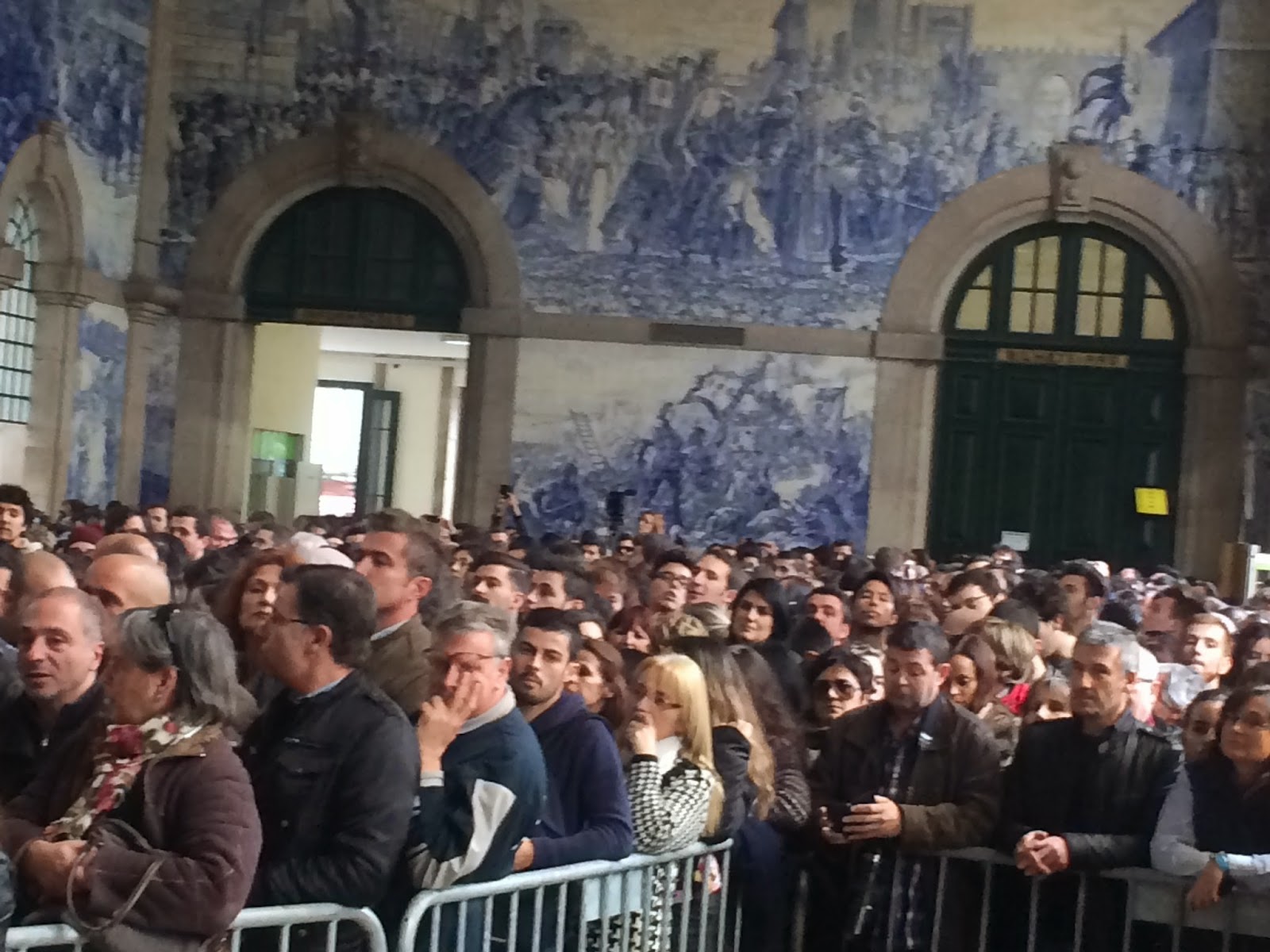 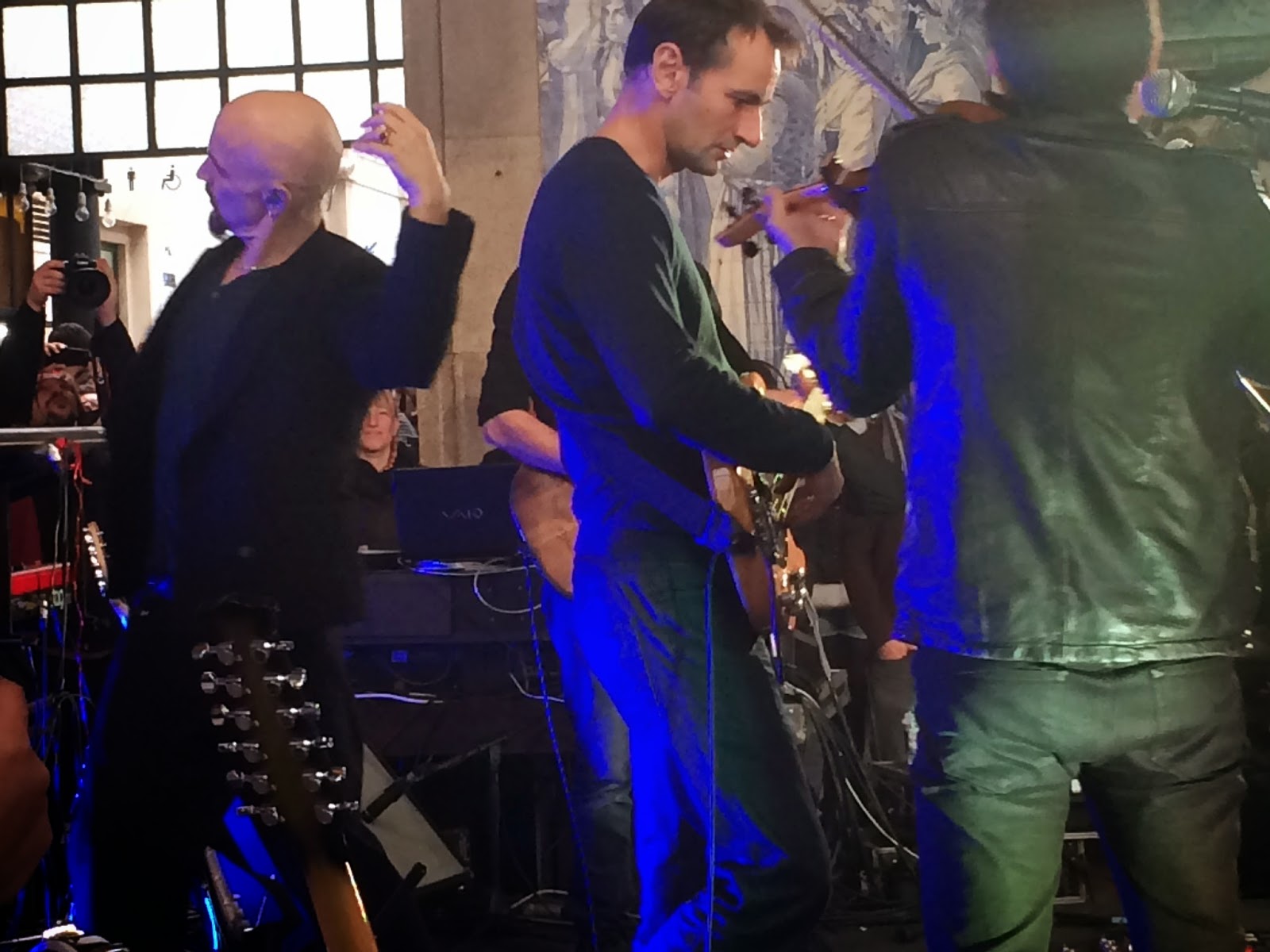 It's not the full band today, drummer Dave and trumpet player Andy are absent, travelling out today for the arena shows.  Roadie / photographer / multi-instrumentalist Ron Yeadon steps in on drums when required as well as providing backing vocals, so it's a slightly pared-back take on things, but testament to James' ability to rework, revamp and recreate their own songs that this whole event is a huge success.

Part of that is down to the choice of songs.  Out To Get You is a huge crowd favourite in a country where the Laid album broke James.  Think Sit Down in the UK, then Sometimes is that song here. The restraint of the song is perfect for this environment, the beauty of the build and then into Saul's violin solo, duelling with Jim's bass as the song builds to its conclusion never fails to thrill an audience and this afternoon, with Ron playing improvised drums, it's perfect. Frozen Britain is an interesting choice as a song from the La Petite Mort album given it didn't always make the cut on the UK tour, but it's a great song to get the crowd going. 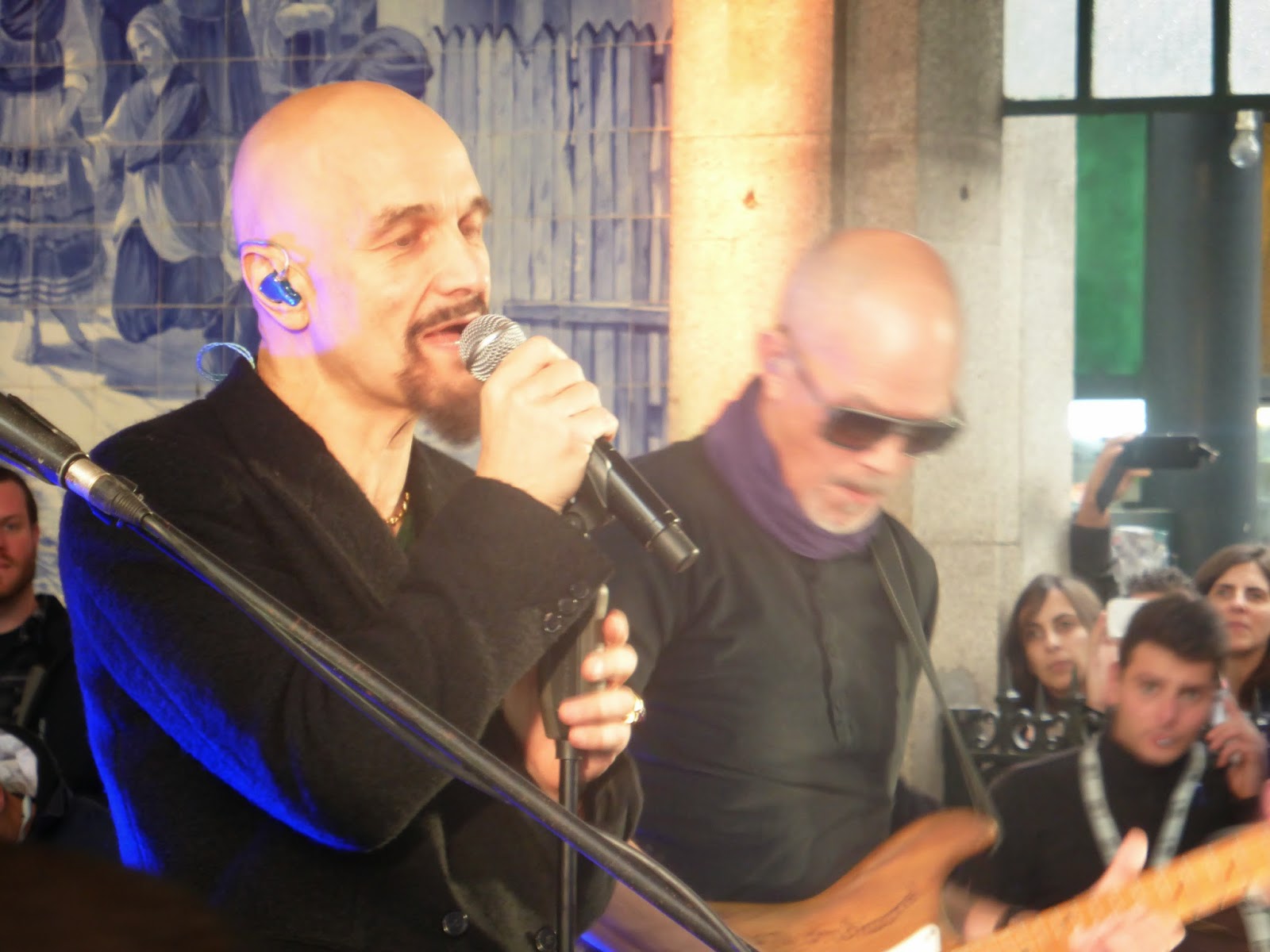 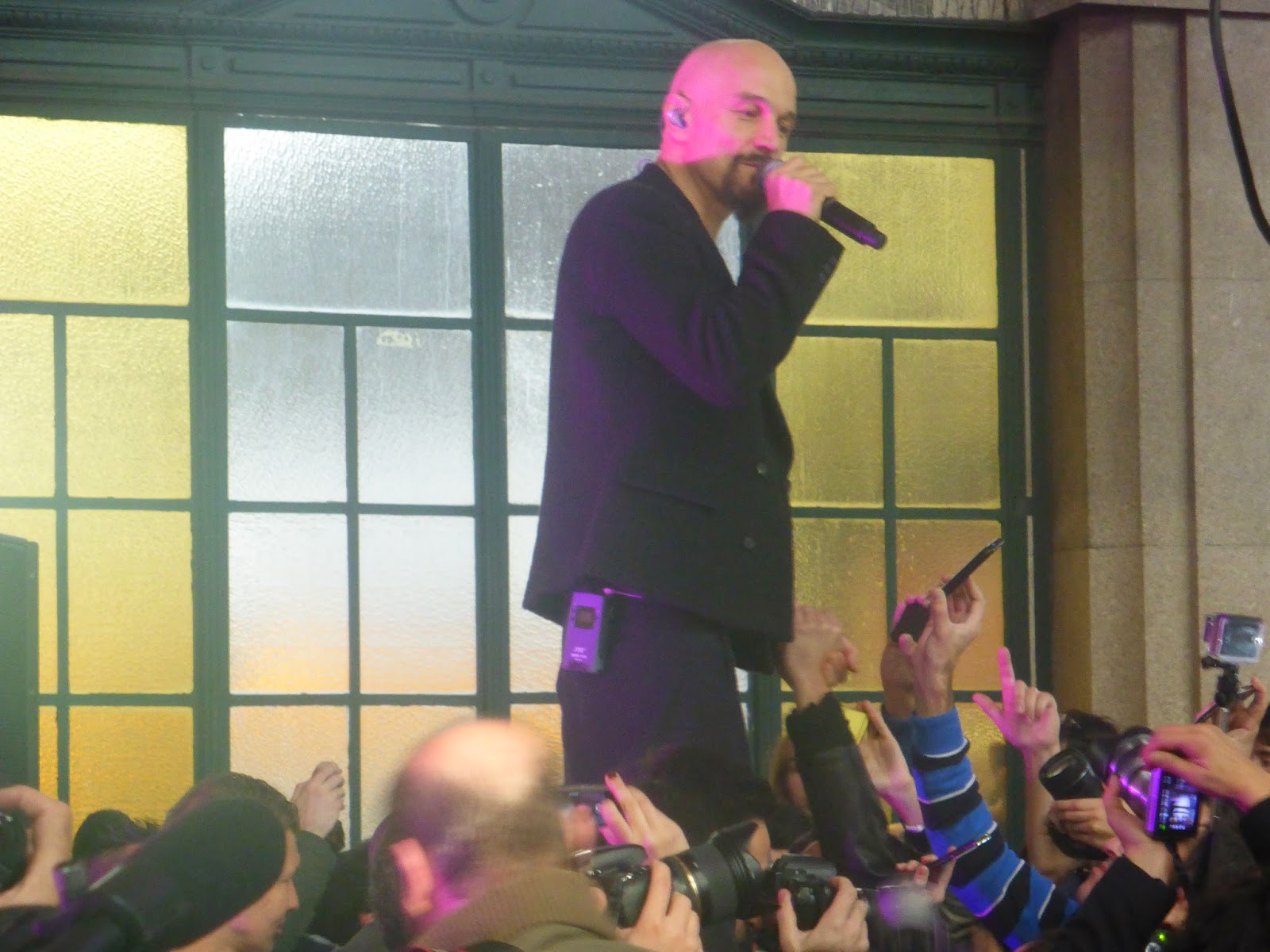 They then do a short question and answer session, which wasn't a wise move in an environment where half the crowd can't hear the band's talking voices and the questions tend to be asking them how much they love Portugal, when the answer is a fairly obvious one.

The band put a stop to this by warming up for Laid, strumming the opening chords as Tim answers another question.  As they gradually get louder, he jumps off the stage and makes his way down the improvised barriers at one side to connect a bit more with his crowd as they play the "slow Laid" version for the first verse, before cranking it up as he returns to the stage for the second verse.  The sound isn't perfect in the hall, Tim's vocals sound as if they're bouncing around all over the place because of the structure and make-up of the place, but everyone is too caught up in the thrill of the moment to bother too much.

Moving On appears to have struck a note in Portugal as well as everywhere else, helped along by its wonderful animated video.  Tim makes his way off stage again, this time down the other side and, instead of returning to the stage, mounts the precariously placed speaker stacks and finishes the song stood atop them surveying the scene in front of him. 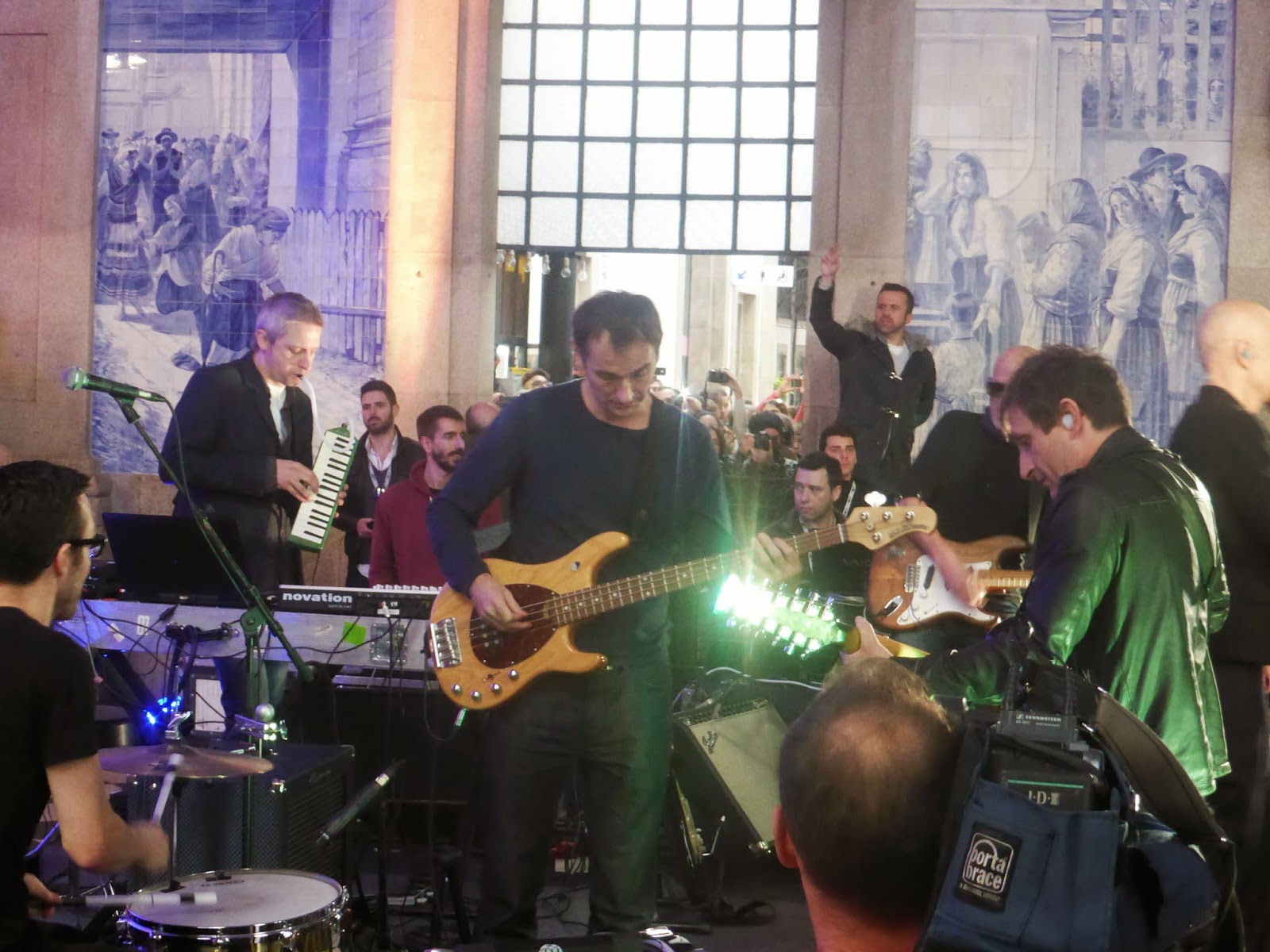 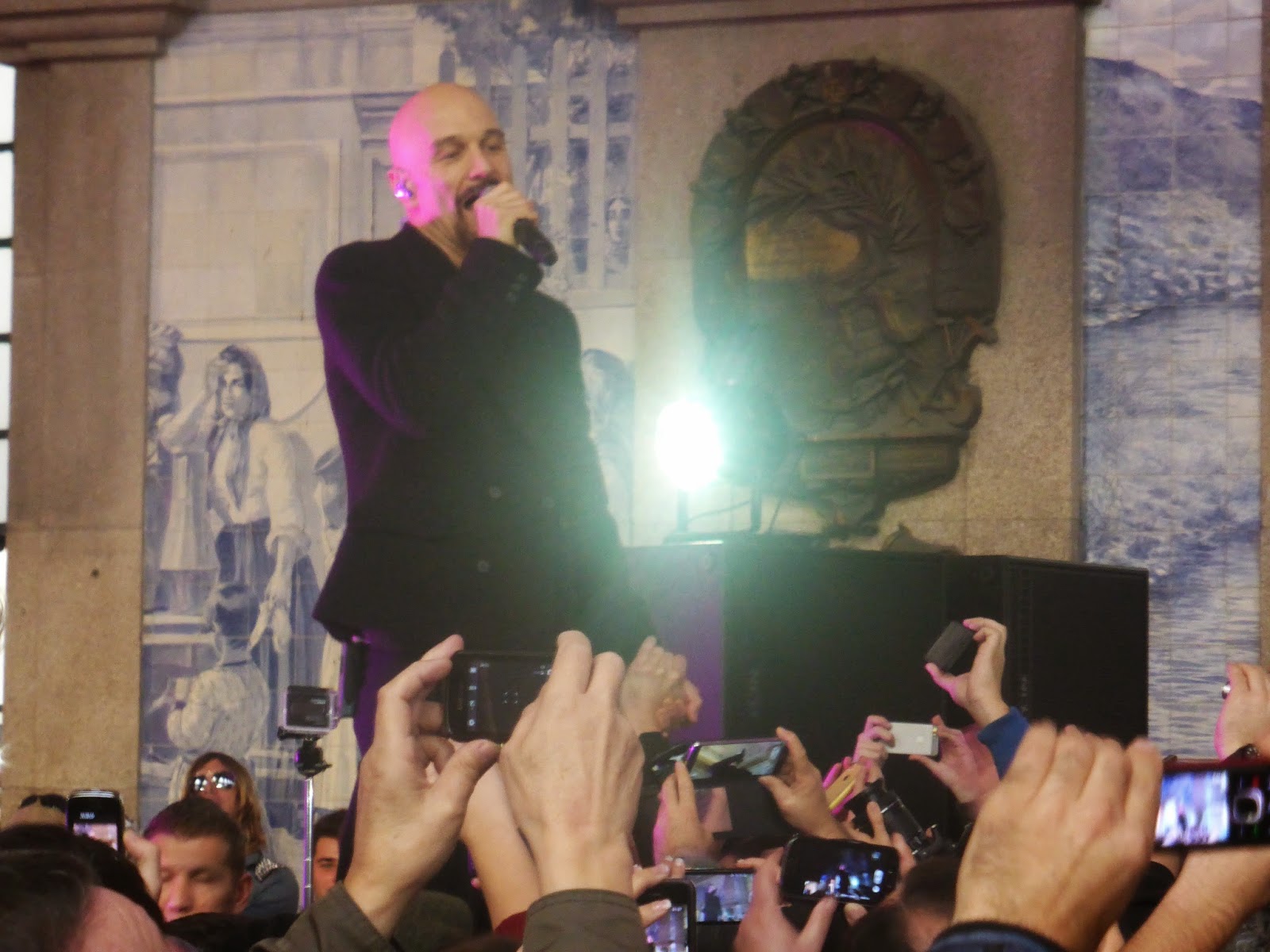 He stays up there for Interrogation, another song well suited to the set-up and personnel today, and when it reaches the breakdown when he usually starts dancing he looks a little unsure and improvises without ever looking like he's going to fall.

The crowd refuse to let them leave, they haven't skived off work just to see five songs.  The band discuss what they should play as they haven't rehearsed anything else in this format and go for Getting Away With It (All Messed Up) a very apt choice seeing as Tim gets his verses in a muddle, but if he hadn't told us, no one would have cared, and probably didn't in any case.  His bravery borders on the insane as he stands on the unsecured barriers keeping the crowd from the stage, swaying, dancing before plunging forward to be carried back into the hall and then ending up stood in the crowd.

Still the crowd want more, but there's no more time otherwise the Portuguese rush hour would ground to a halt.  People don't leave, they mill outside, filling the hill waiting for a glimpse of their heroes as they leave.  James are serious business out here, the news of the gig happening made the front page of a few mass-circulation papers as well as television and they're playing arenas bigger than the UK (outside of Manchester), even with the much lower population out here.

James played Out To Get You, Frozen Britain, Laid, Moving On, Interrogation and Getting Away With It (All Messed Up).